Expected to be priced Rs.11 lakh.

The beast is heading your way. Keep rolling your eyes too to have a keen watch at the all new machine from the Austrian motorcycle brand. KTM has announced by posting it on their official FB page India, they said that the company would be unveiling the 2013 KTM 1190 RC8 R at an even at the Capital of India, New Delhi. 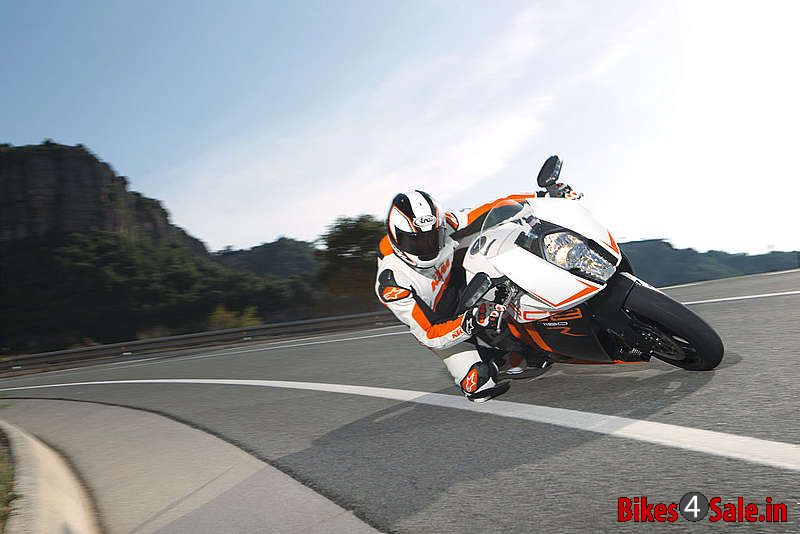 The all new 2013 KTM 1190 RC 8 comes with a massive 1195cc, 2-cylinder, 4-stroke, spark-ignition engine, 75° V arrangement, liquid-cooled engine. Having a bore - stroke ratio of 105mm x 69mm, the machine produces mesmerizing power of 173 hp. However, its claimed torque and rpm are uncertain. The engine which is wedded with a 6-speed, claw shifted gear box.

When the ultimate power tool, designers innovative creativity, and the art of engine building are combined, we can precisely call it the 1190 RC8 R. It is one of the most powerful V2 engines in the world. The bike is built on tubular space frame that is made from chrome molybdenum steel and coated powder. 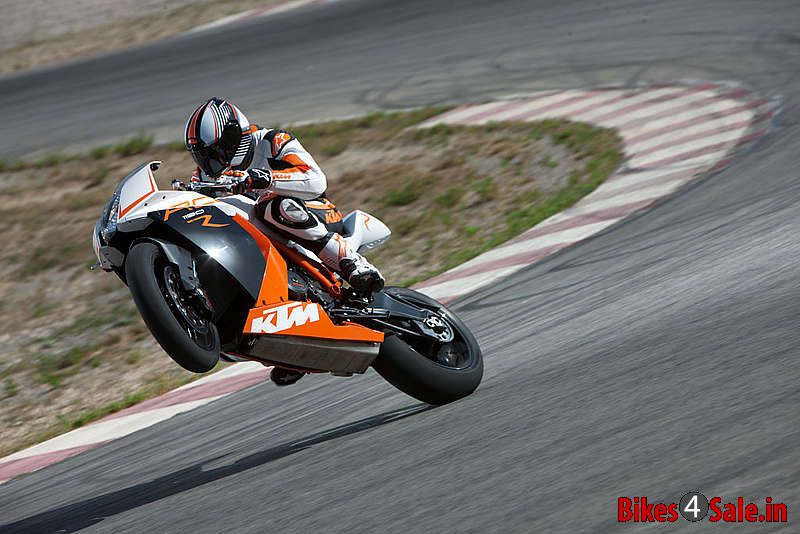 To ensure maximum comfy for the rider, the motorcycle has been packed up in WP Suspension up side down forks at front and a WP suspension monoshock at rear. This makes the drive pleasurable for both rider and the pillion rider. So say bye bye to turns and bumps. Being mated with twin-disc brake with radially mounted four-piston brake calipers; floating brake discs at front, and a single-disc brake with two-piston brake caliper; fixed brake disc at rear offer confidence to the rider. Having only a saddle height of 825mm, the bike looks comfortable even for a short guy.

It has a fuel tank capacity of 16.5 liters and weighs only 184, that is almost same as that of Royal Enfield Classic 350.

However, the company hasn't commented about the official launch date and the pricing of the bike in India. They are expected to be conveyed on 31st March while the company introduce their smoking motorcycle in Delhi.