Followed by the launch of the Duke 390, the king of off-road motorcycles, KTM launched its much rumored, the 125 Duke at the 70th International Motorcycle Exhibition (EICMA), at Milan, Italy. The Duke 125 is the first 125 cc bike in the world to have Anti-lock Braking System. Unfortunately the two wheeler is only available only in US, UK, Europe, Australia and some other selected countries in the global markets. 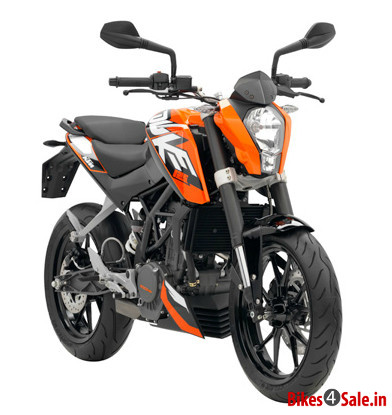 The Duke 125 is designed just alike what the Duke 200 looks like. It is run by a 125 cc, 1-cylinder 4-stroke, water-cooled engine. The engine is powered by stunning numerical letters. They are scribes as maximum power of 15 Bhp @ 10500 rpm and scrambling torque of 12 Nm @ 8000 rpm. The engine is further mated with a 6 speed, claw shifted gear box.

City drives and off-roadings are more funnier like never before. The light weighed frame provides amble time and relaxation to the rider and helps oneself to ride on through wherever his eyes want. The Duke 125 weighs only 127 kg. In order to moderate fuel efficiency, the engine is contacted with intricate engine design, state-of-the-art injection electronics and the close-ratio, six-speed transmission. Thus no compromise in terms of mileage. 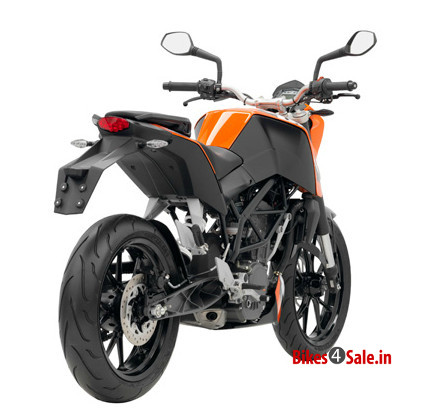 The bike is expected to be launched in India in the very first quarter of 2013 as soon as it gets unveiled at the coming 2013 New Delhi Auto Expo. The Duke is supposed to be priced around Rs. 85,000 in India.