How to Start a Motorcycle When Battery is Down?

Jump Start
Jump start is a starting system which is used to start the engine of an automobile that has a weak battery by connecting good battery to the dead battery using a pair of jumper cables. Usually car battery is used for jump starting a motorcycle. 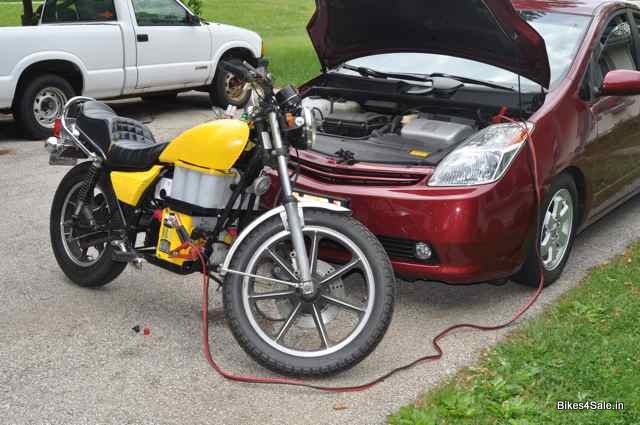 While jump start is done, remember to turn off all electrical loads and to keep a distance between both vehicles so that they dont touch each other. And gear must be in neutral position. Make sure that cables are away from the moving objects. Red cable is suppose to be positive and Black to be negative.

Push Start
Push start is the simplest form of igniting the motorcycles engine. But, here some hard work and physical culture are needed. 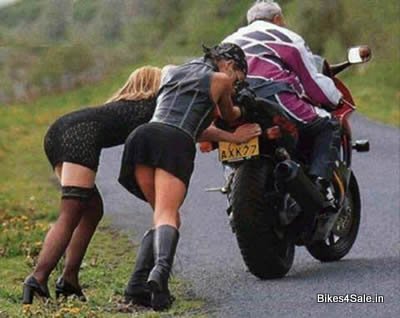 Put the gear liver either in 1st or 2nd position. Applying the clutch, push the motorcycle to a little distance and suddenly release the clutch and accelerate the throttle simultaneously, the bike would be started. Make sure the bike has attained a minimum speed before releasing the clutch.
Written by Jose Gonsalo Garshya.
Last updated on 10-08-2012. Published on 10-08-2012.