Revised Procedure for Registration of Used Automobiles in Kerala

The procedures for buying and selling used vehicles in Kerala have been revised by the Kerala Motor Vehicles Department at the start of the year 2015. Previously, like all other Indian states, the transfer of ownership of vehicles was done via the buyer's RT office, which had been a burden for the seller due to improper registrations. 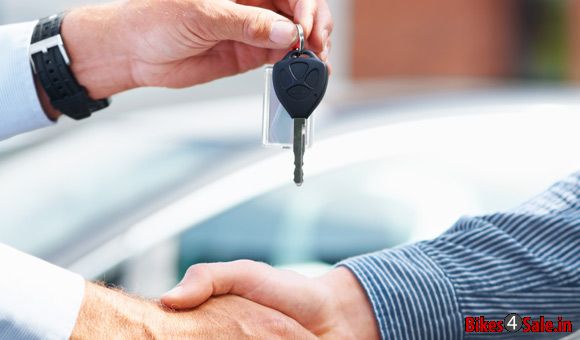 The revision that has been made in the procedures is that the transfer of ownership of vehicles in Kerala would be done via the seller's RT office, making it an added advantage for the seller. He/she would now no longer need to suffer the consequences of improper handling of the vehicle and breaching of traffic laws on the part of the buyer, in case the buyer has not transferred the vehicle to his name.

The revised procedure is as follows:

1. The seller has to submit an online application along with the specified fee, at the RT office where the vehicle has been currently registered.

2. The following documents must be directly handed over to the RT office:
- RC Book
- Print out of the online application form
- Print out of the receipt certifying the fees paid
- Self attested copy of Insurance Certificate
- Self attested copy of Pollution Certificate [Pollution Under Control Certificate]
- Buyer's Address and valid proof certifying the same [Voter's ID/Aadhaar Card/License/Passport] which has been duly signed by a gazetted officer.
- Passport sized photo signed by the seller.

3. Once the RT office has cancelled the present RC book, the clearance certificate and scanned copies of the related documents would be mailed to the buyer's RT office. Along with this, the photo and details of the buyer would be uploaded on the page containing the registration details of the vehicle.

4. After the email has been received at the buyer's RT office, the authorities would validate the transfer of ownership of the vehicle and the new RC book would be issued and sent to the buyer's address.

This newly revised transfer policy was published in all major dailies and journals in 2015, but we came to know that the Kerala Motor Vehicle Department (KMVD) is yet to implement this policy in the state. Moreover, this new transfer policy would have made vehicle transfer and its registration easier and convenient.
Written by Anjna Raj.
Last updated on 21-08-2017. Published on 05-01-2015.

It is very import to make sure the vehile sold shall be transferred to the buyers name other wise all the liability and criminal activity by the vehicle wii be.on the person who's name appear in blue book.
By Manikanta Kurup on 09-12-2020
Ente scooter ente peril alla
By Jibin Joy on 15-08-2020
bike two whiler name se karni hai to kya documents chahie
By Pintu Lohar on 23-10-2018
It is understood that this is not made effective. You can apply online and pay the fee. But to get the RC transferred, you need to submit the papers to the buyers RTO. You may not be sure about the transfer from sellers RTO.
By A M Basheer on 17-08-2017
Very helpful
By Manjunatha Ganesha K on 28-06-2017
An essential revision indeed. But the RTO does not agree that such a revision has been effected. Please provide the Ammendment Reference Number and date and the authority who has issued such an ammendment.
By Tkp Nair on 23-03-2017
Very helpful. Thank you
By Aneesh on 06-01-2017
This was very helpful. here is link for same
keralamvd.gov.in/index.php/vehicles2
By Lokin on 11-08-2016
thank you
By Santhosh on 02-02-2016
It is very very helpful. Thanks a lot !!
By Sunilkumar N on 07-12-2015
can you post the link of application form / please mention the site where i can download
By Rahul on 29-10-2015