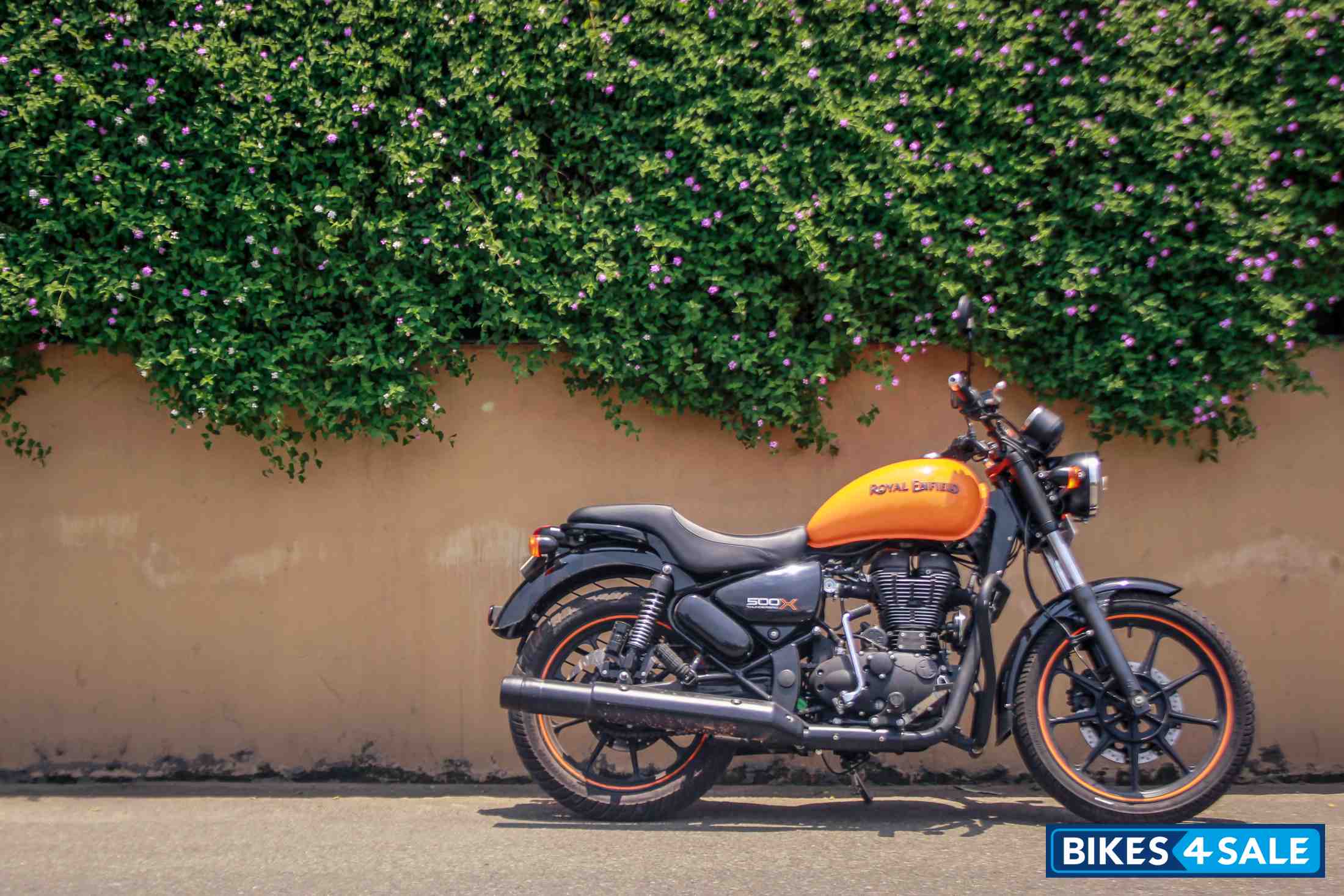 According to the latest rumors, the Royal Enfield Twins (Interceptor 650 & Continental GT 650) will enter the Indian premises by this August. It is the bike that every Enfield enthusiast has been looking for years. Before welcoming those flagship models, Royal Enfield has shown us how good they are at producing a modern urban explorer. And it is the new Thunderbird 500X ladies and gentleman, which have the attributes to guide this motorcycle brand to a whole new phase. It was launched in the early weeks of March 2018 and last week we had an opportunity to get our hands through this 500cc machine.

So, check out my first ride review of the brand new Thunderbird 500X.

What this Thunderbird 500X all about? 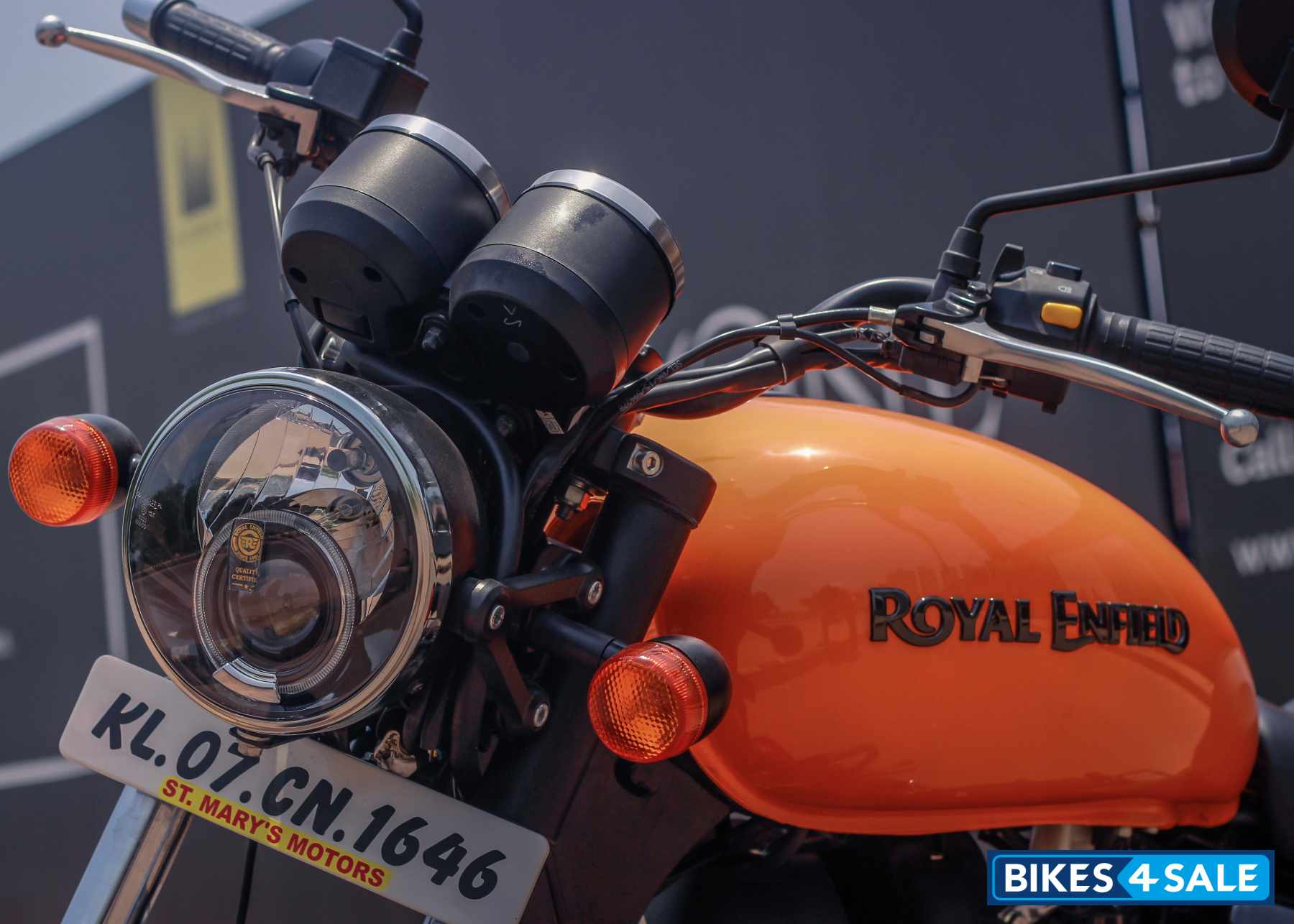 First thing first, it is the same old Thunderbird 500 with notable cosmetic changes. Here are some quick facts about the new 500X.

* It is the first Royal Enfield motorcycle to feature factory fitted 9-spoke alloy wheels along with tubeless tyres (first of its kind). 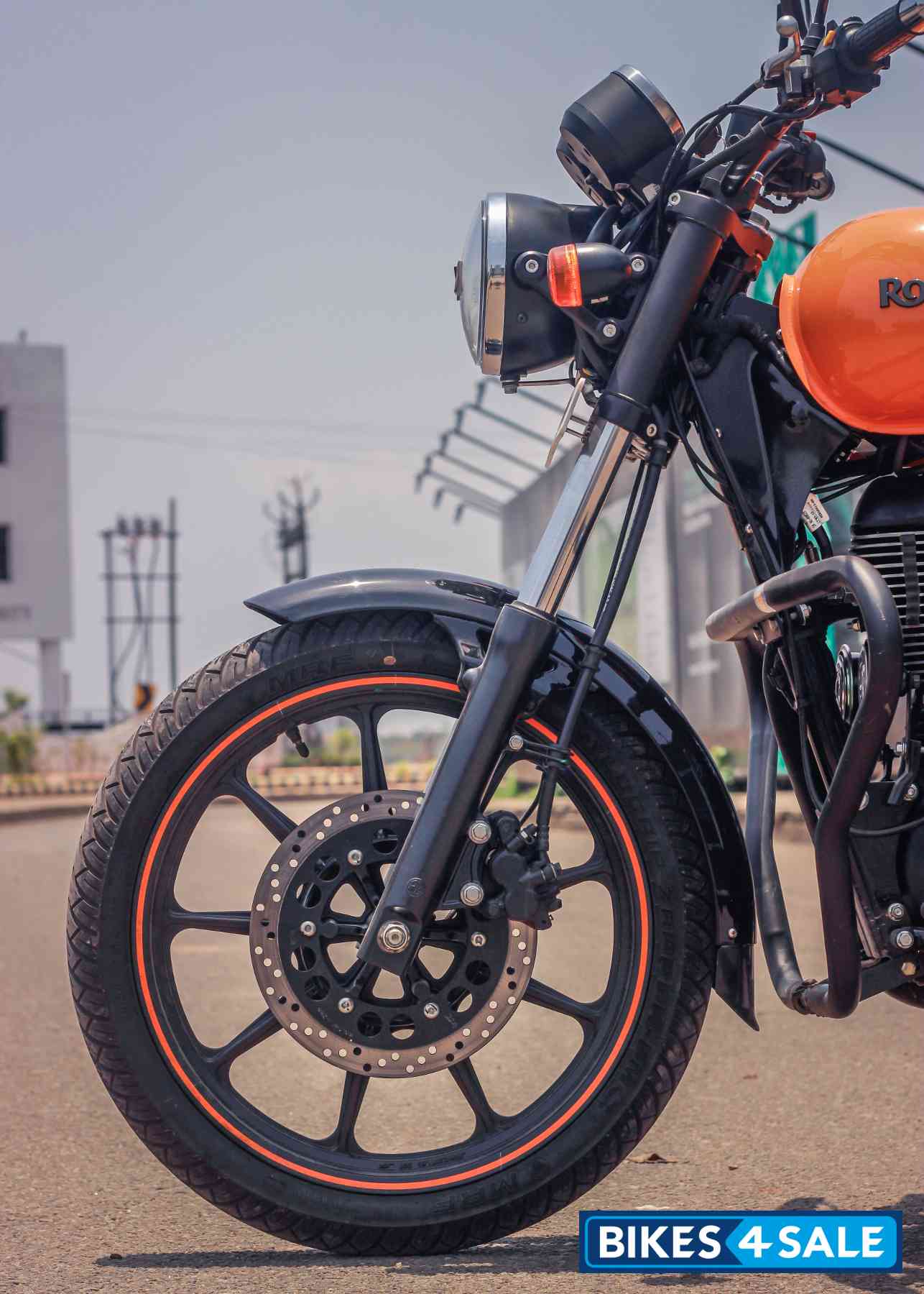 * Thunderbird X is featured in 4 different colour schemes (Drifter Blue and Getaway Orange for 500 and Whimsical White and Roving Red for 350).

* The motorcycle is flooded with matte-black colours on the engine block, exhaust pipe, fork and side panels, mudguards, headlamp casing whereas, the 20-litre fuel tank is painted in new colour which resembles something of a Triumph Street Twin or a Ducati Monster.

* The makers have brought down the seats to a single piece from the dual split seats which is now more elegant with custom-built like look. It also sports some fabric piece at the centre to keep the rider ar comfort on long hours. 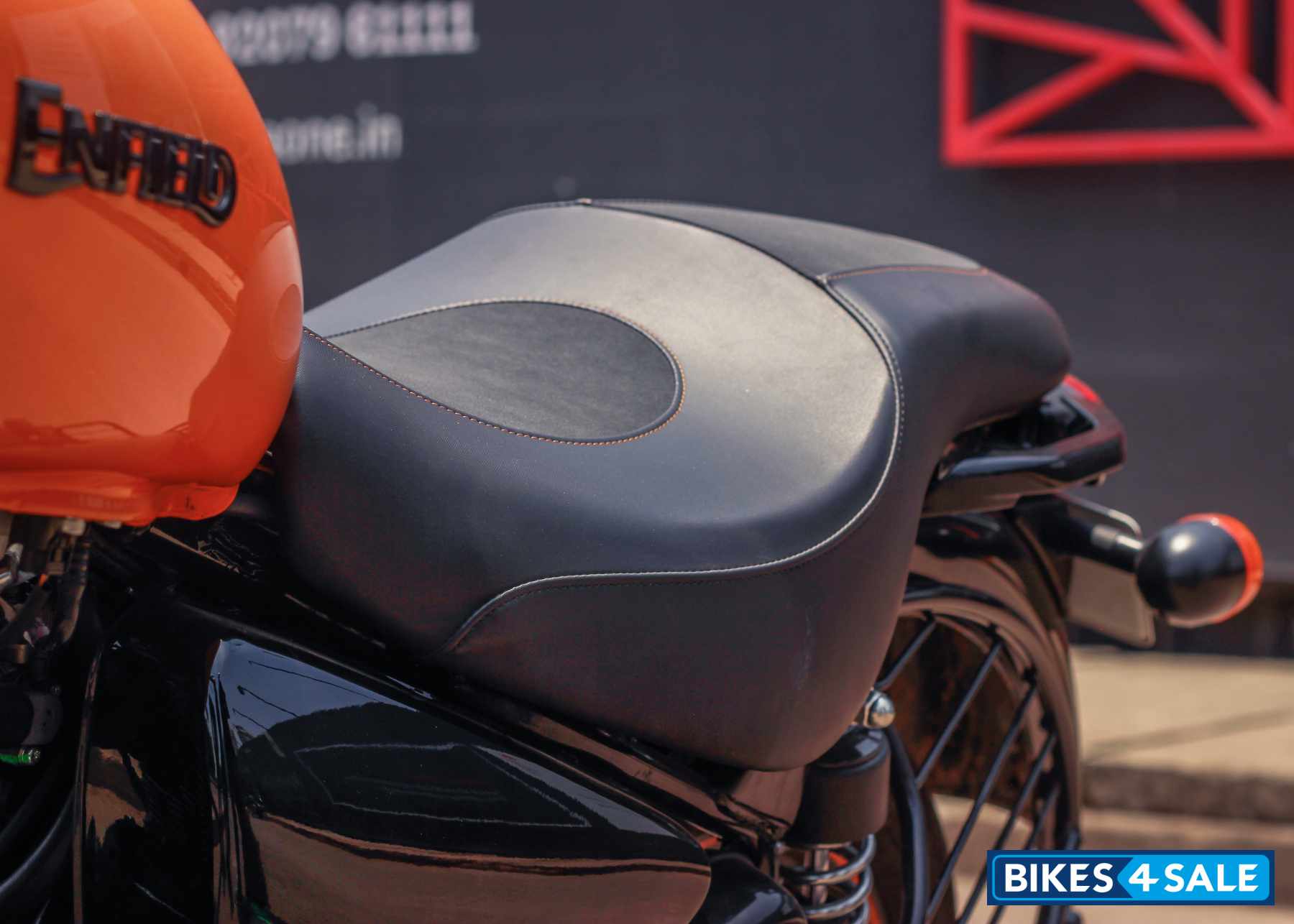 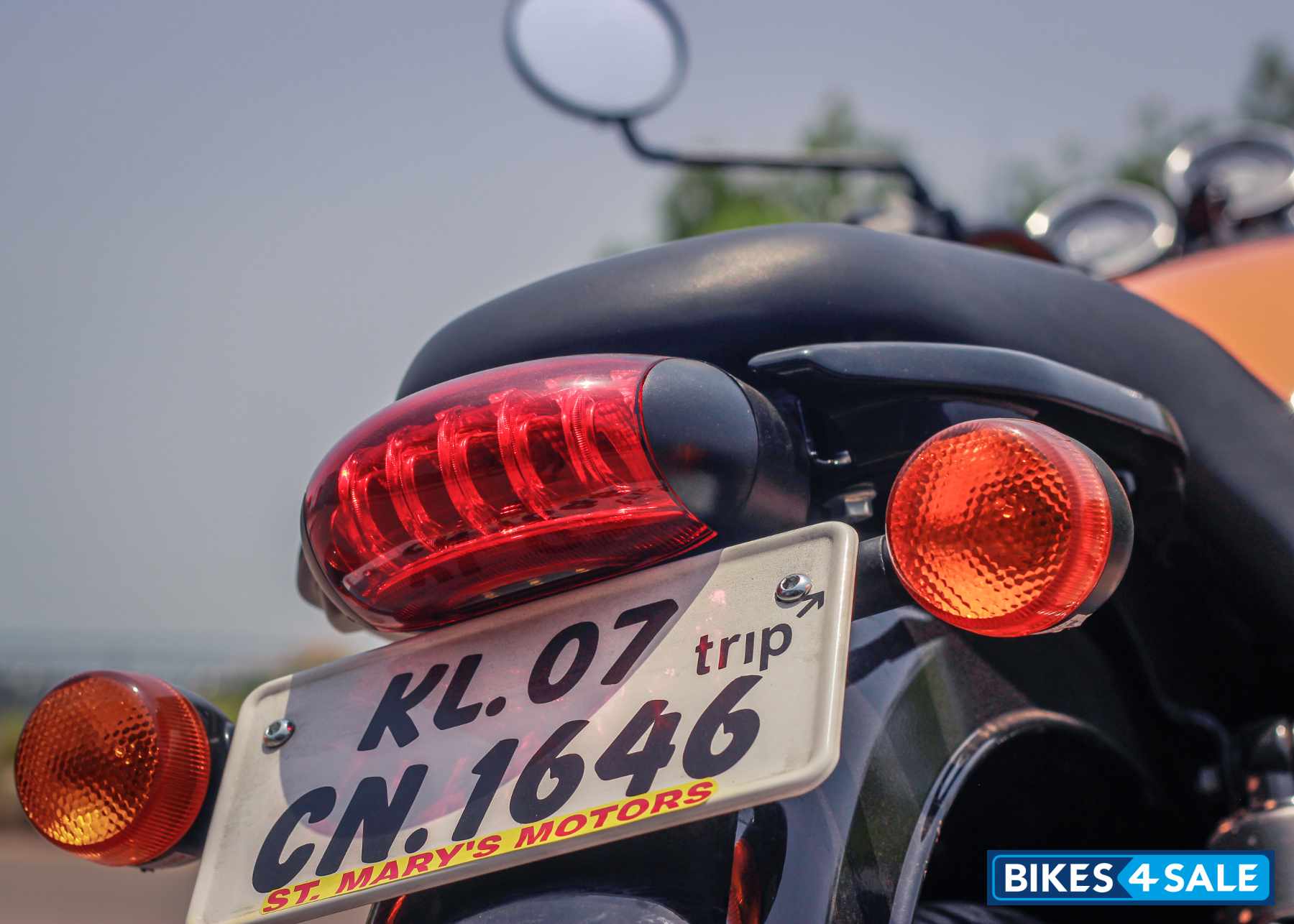 * At the front, cruiser handlebar has been replaced by low, flat handlebar in the matte black finish, offering more upright riding posture that suits urban commuting.

Royal Enfield is such a brand that used to offer a wide space of canvas for their customers to custom-built their motorcycles. Moreover, Thunderbird was one such model to get loads of custom modification from the owners. Here, the company itself has done such customization by offering some additions straight out of the factory. 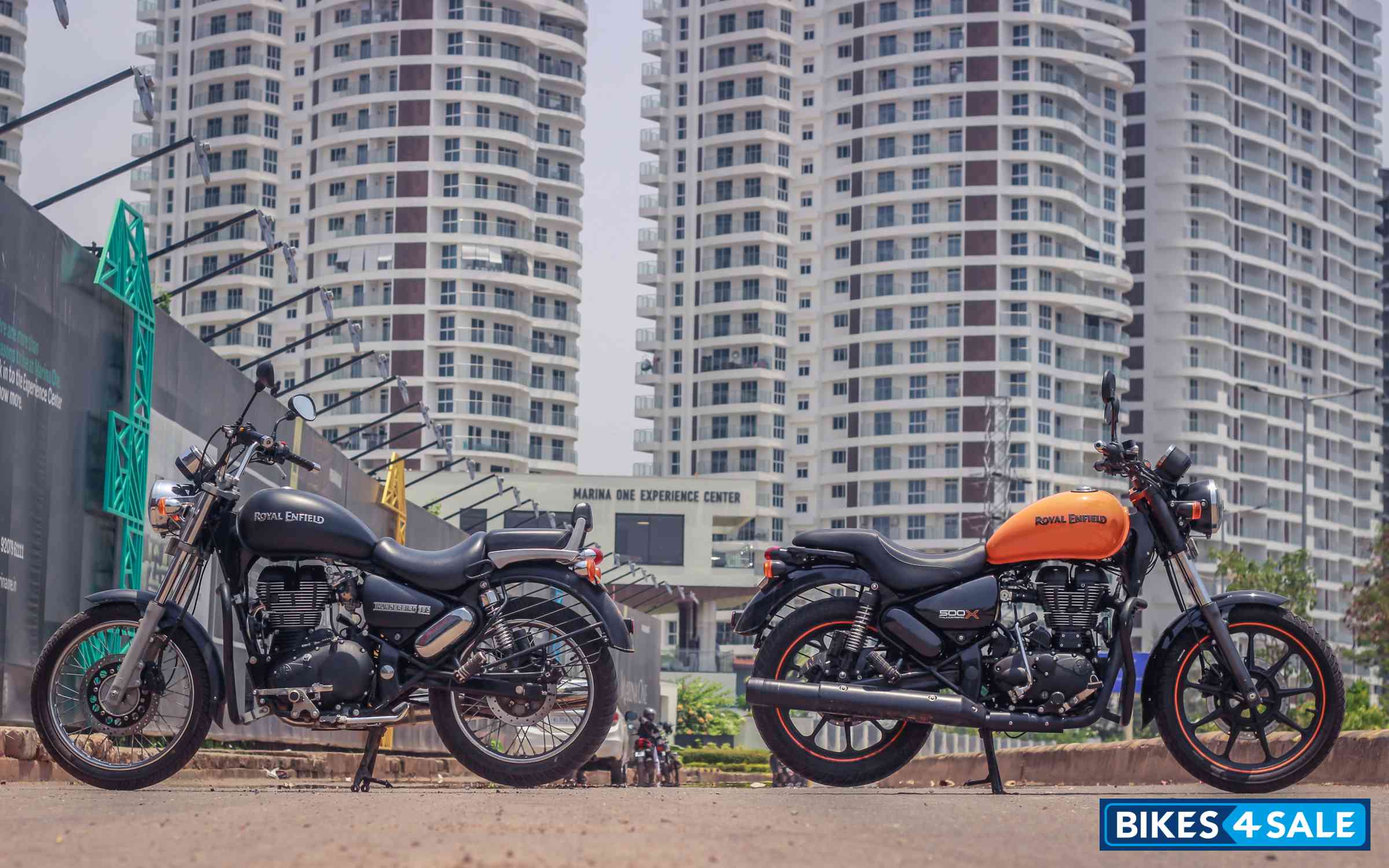 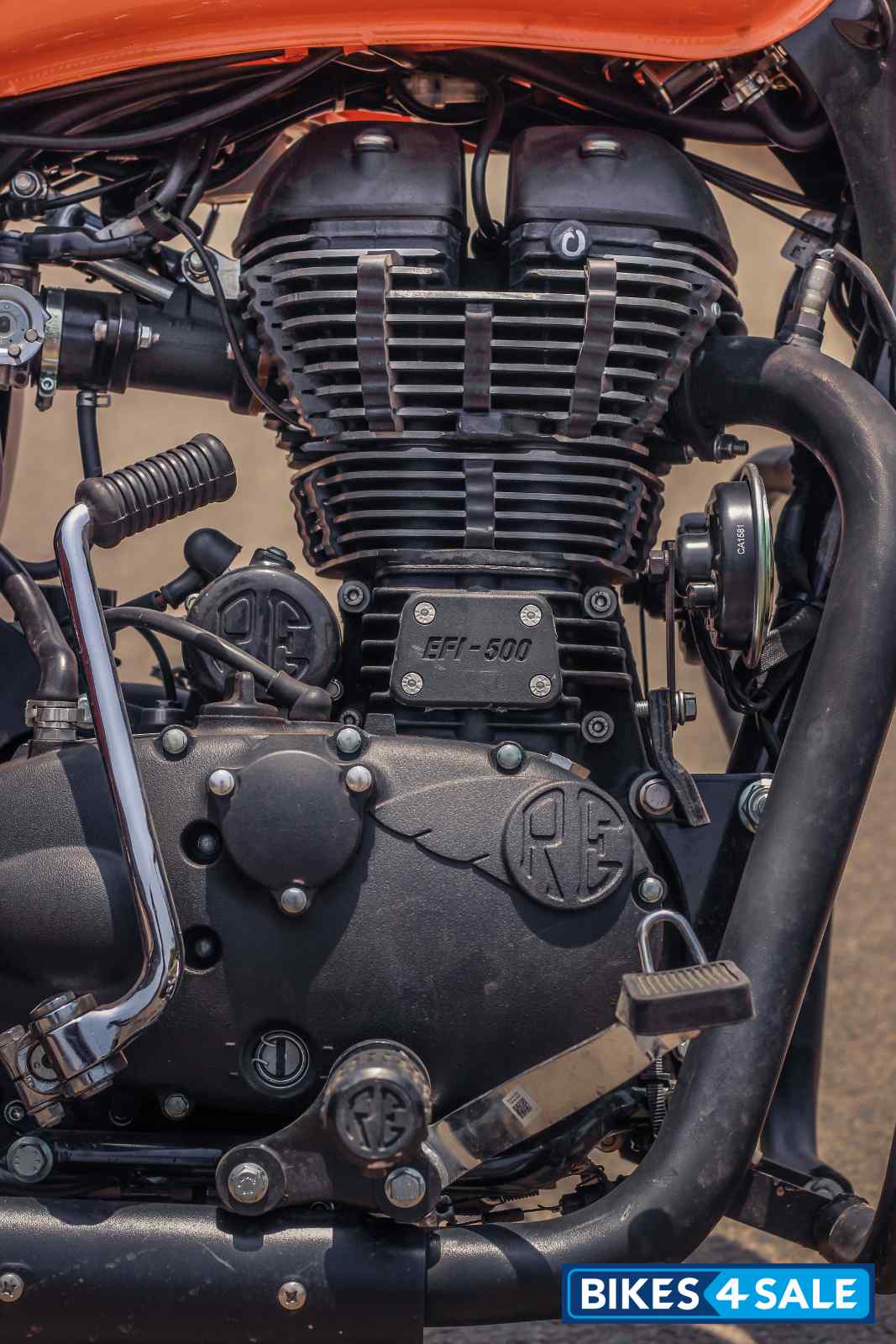 New Thunderbird 500X has no technical changes from the original TB 500. It features the same 499cc, oil-cooled, single cylinder, 4-stroke engine with fuel injection. It used to deliver the exact same power and torque figures like 27.2 bhp @ 5250 rpm and 41.3 Nm @ 4000 rpm respectively with the same 5-speed gearbox. Suspension department remains to be same with the presence of 41mm forks and 5-sted adjustable twin gas charged shocks while braking duties are monitored by 280mm and 240mm ventilated disc brakes at front and back respectively. Altogether, this new machine weighs around 197 kgs which is same as that of old TB. 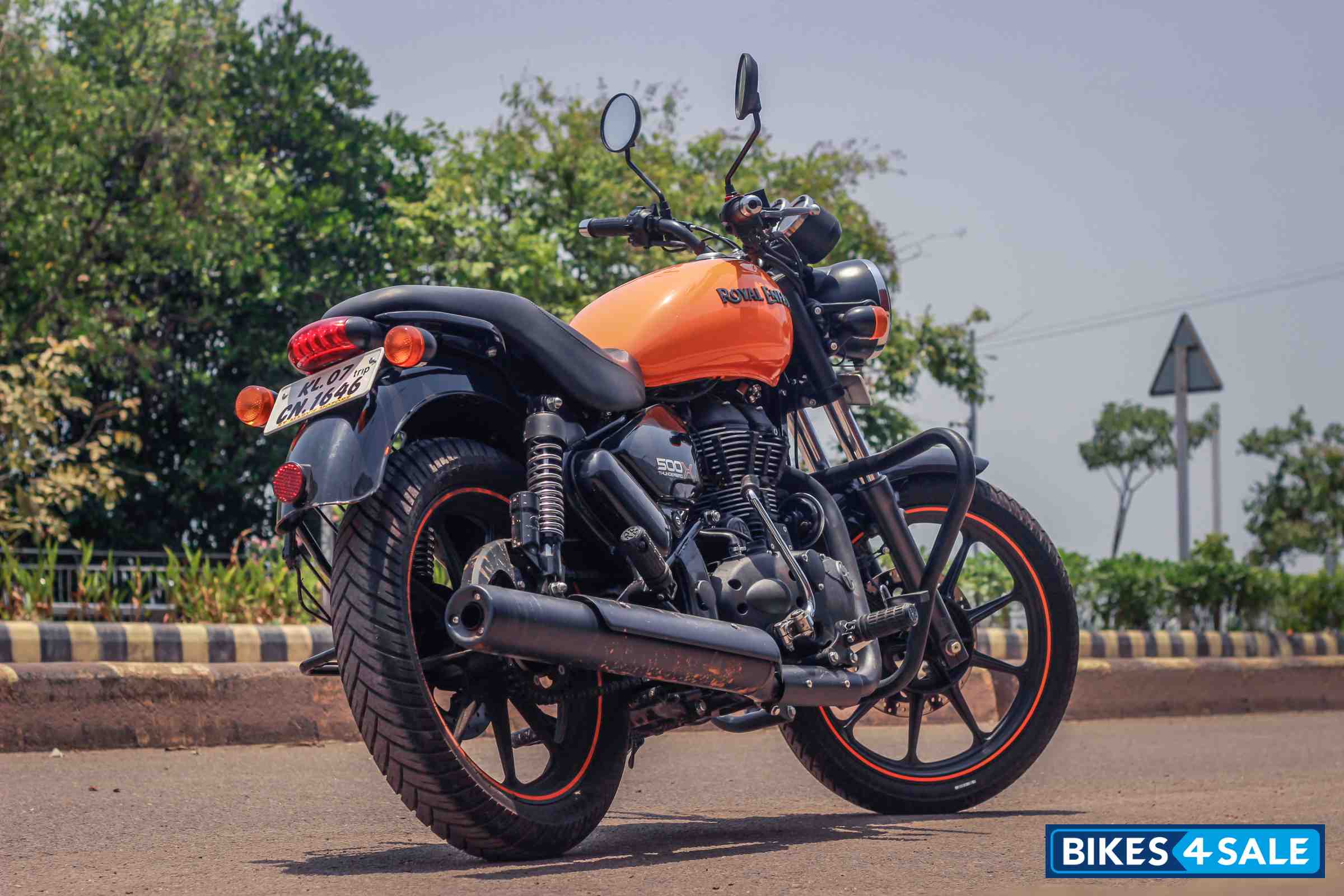 Well, the big change is with the riding posture and seating. The new flat handlebar offers an upright riding position which is easier and offers more comfort during city rides. Other than that, everything about the Thunderbird X remains to be same here. The bike is pretty comfortable on 70-90 kmph mark and above 90 kmph means there comes the vibrations. It starts from the engine mounting and can be find everywhere. The same old buzzing handlebar and rearview mirrors are also here to kill the rejoice of riding. 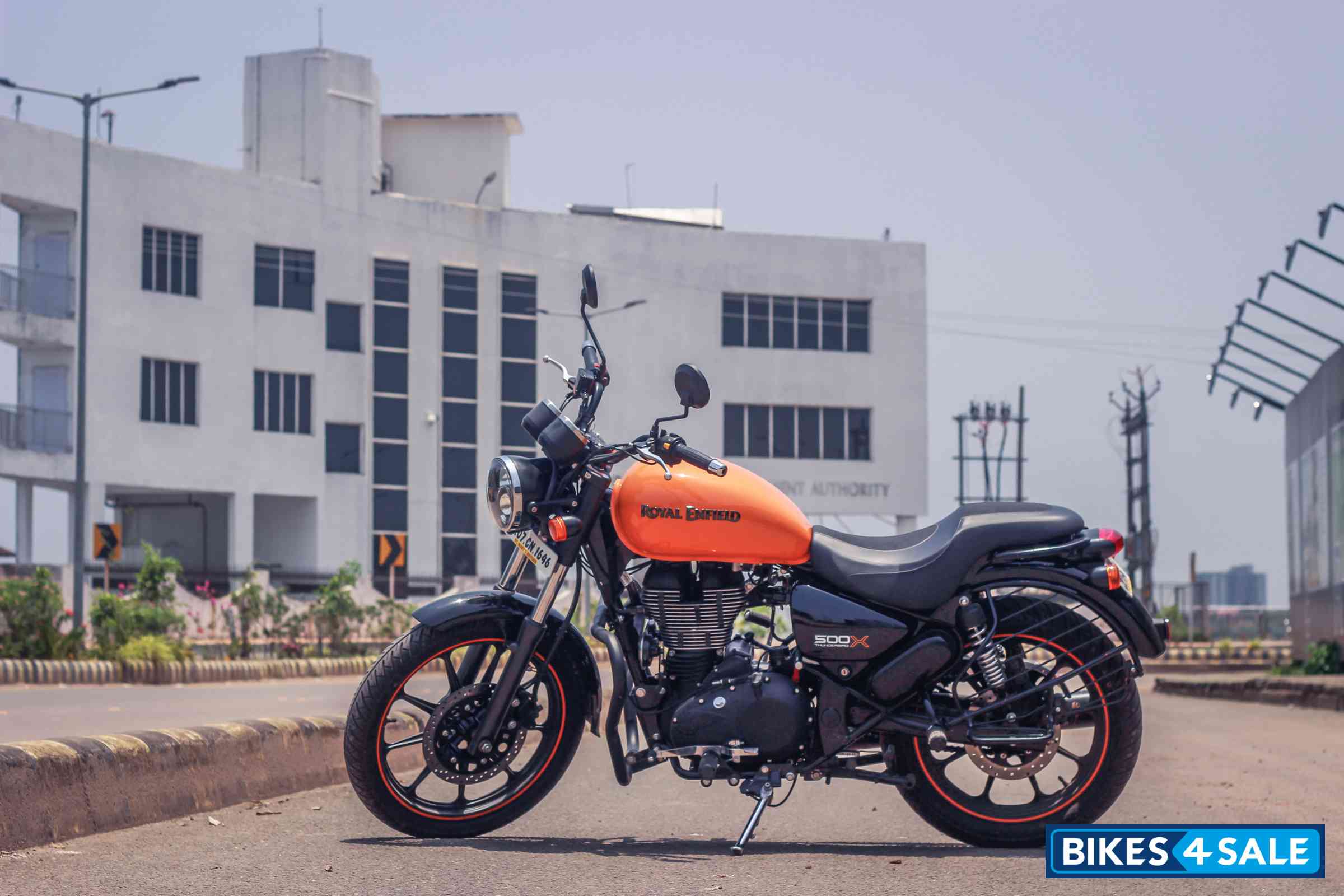 I think Thunderbird 500X is a good call from the Royal Enfield just before the arrival of 650 Twins. With this model, they had brought out a massive change to Royal Enfield portfolio by introducing factory made alloy wheels and tubeless tyres. On the other side, aftermarket alloy wheels, tubeless tyres or even custom single saddle may easily cost you something over 25k. Interestingly, this new 500X costs you 8000 INR more than the standard TB 500. Altogether, it is also being priced aggressively by the Enfield to hit the top notch.

Call me i need the bike
By Bhuvanesh on 27-07-2018
Nicely Described. Superb Images.
By Nevil Joy on 31-05-2018
pillion section small and slippery with ill positioned hands bars, mirrors not stable, bad riding position due to lowering handle bar and not changing foot rests.
By Sandy on 20-05-2018