Confirmed: Royal Enfield Continental GT in Spetember in the UK and in October in India

The Continental GT will be the answer of RE for speed.

Finally, It has been confirmed that India's motorcycle heritage, Royal Enfield, will debut its much anticipated motorcycle, the Continental GT aka (also known as) Cafe Racer in the UK in September, 2013. Followed by the launch in the English soil, the Cafe Racer will have its appearance in India.

It's of course a bang-up news from RE to all the wiatrons of the Cafe Racer across the world. The story was disclosed when Mr. Siddhartha Lal, CEO & M D at Eicher Motors, said on this. Eicher Motors is the parent group of RE. 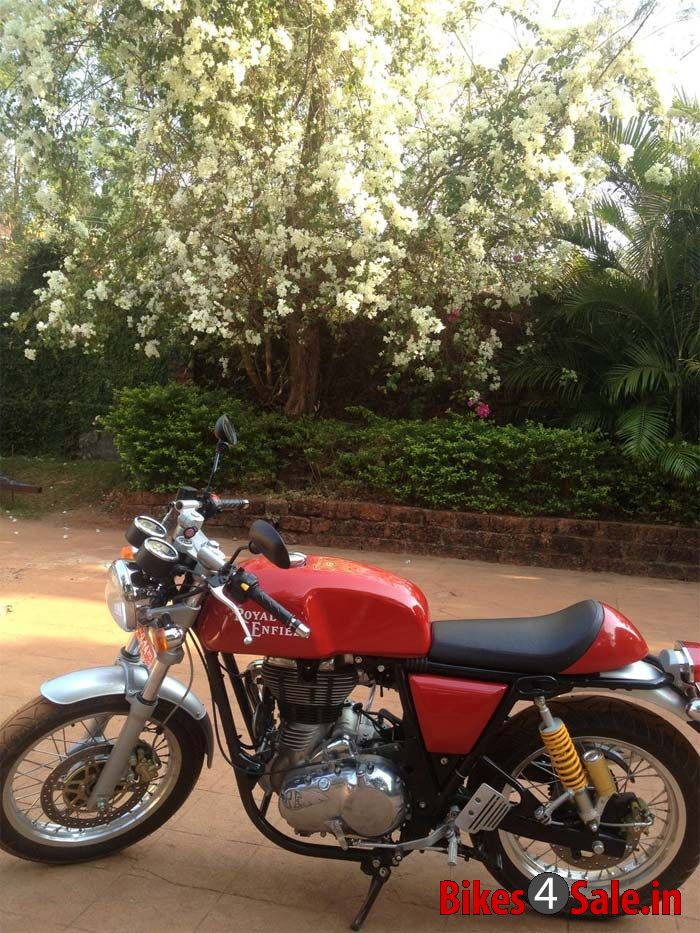 "The Continental GT will be launched in the UK in September. This is a product for the global audience and is one of the big steps we are taking to be a global player in the mid-sized segment," said Mr. Siddhartha.

Meanwhile, in order to reduce the delivery period the firm had started the production of machines in its new plant at Oragadam, Chennai. In January the company produced 12,000 units of motorcycles and it has been hiked to 16,000 in the month of July. That is a total production of 1,92,000 units per annum.

"In the beginning of this year we were producing about 12,000 units a month. In July we produced about 16,000 units and we are gradually moving along as per planned," commented Mr. Siddhartha.

The company wants to increase it again to 2.4 lakh per annum. With that RE thinks to reduce the waiting period by 6 months. Presently, RE customers need to wait around 1 year to get the Classic 350 after booking it.

"We have said that this year we will have a total of 1.75 lakh units from two plants. Next year it will go up to 2.5 lakh units," added Mr. Siddhartha.

The Continental GT is coupled with a 535cc, air-cooled single engine, which is refined from the 499cc Unit Construction engine, that is used in 500cc class RE motorbikes. It is expected to pump out a maximum power of 35 bhp.

RE exports machines to 40 countries across the world including the USA, Japan, UK and other European nations and Latin American countries, and the Middle East and South Asia.
Written by Jose Gonsalo Garshya.
Last updated on 14-08-2013. Published on 14-08-2013.