One Million Apaches on Road

Chennai based motorcycle manufacturing consortium, TVS Motor Company celebrates 1 million (10 lakh) Apaches on the road. It is a great moment for the India's fourth largest two-wheeler brand. After achieving such greatest milestone in the history of TVS Motors, the company posted on the official Facebook page of TVS Apache.

The Apache has been carrying the company to the next level of motorcycling for long years. The first Apache, the Apache 150 was born in 2006. When it was unveiled, the whole Indian motorcycle world got shocked at the appearance of the machine. Certain that the motor-machine bagged many attention and became a pure show stopper. Proclaiming a battle against the Bajaj Pulsar 150, the debutant, the Apache 150 was equipped with a 147.5 cc engine, that fire out a pretty cool power of 13.5 bhp at 8,500 rpm. 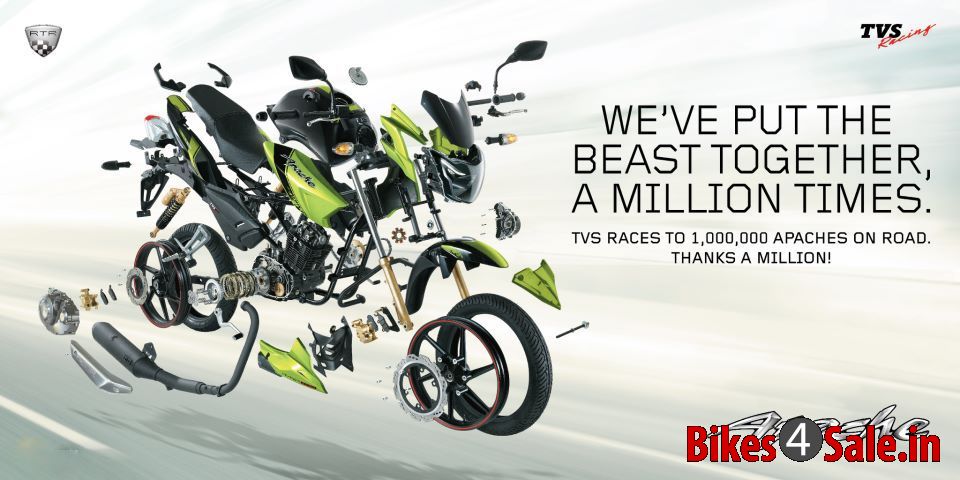 The Apache is seldom known as the successor of the Fiero, which was launched under the collaboration of TVS and Suzuki. Witnessing a remarkable response of the Apache, TVS launched a refreshed its version, the Apache RTR 160 in 2007. The added term "RTR" stands for "Racing Throttle Response." The bike was mated with a high-capacity engine. Installed of 159.7cc, 4 stroke, single cylinder engine which spelled out a peak power of 15.2 Bhp @ 8500 rpm and maximum torque of 13.1 Nm @ 6000 rpm. 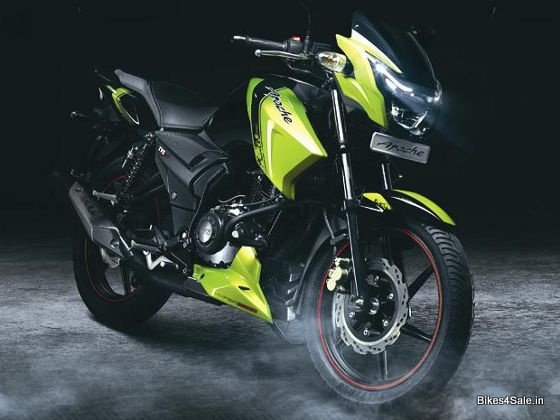 Belting more safety to riding, TVS launched India's first ABS motorcycle, the Apache RTR ABS180 in 2011. Except the ABB technology, the machine resembled the Apache RTR 180. It has the same technical specification of the RTR 180.

Meantime, some rumours have been spread out regarding the upgrade of the Apache RTR Series. Sources tell that TVS is likely to facelift the Apache RTR Series since majority of Apache fans dislike the new face-lifted variant that was launched in 2012. Nevertheless, the consortium hasn't commented anything regarding this matter. Let's wait what TVS has got to do on its flagship motorcycle.