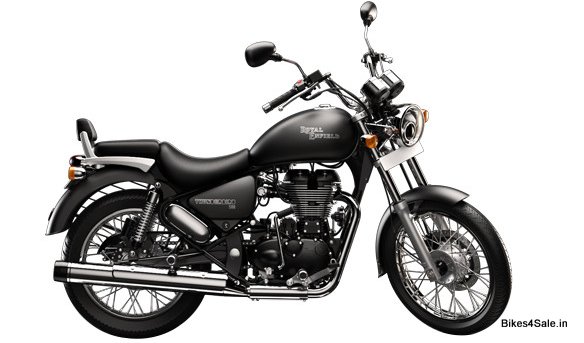 "Indeed we are looking more markets outside the country. We have to please our customers. RE is one of the preferred premium motorcycle brands in USA. We also sell products in Germany, UK, Australia and France. Beyond that, we target to sell our machines to over 40 developed nations across the world" said Padmanabhan.

Meantime, RE is also planning on its new 50 acre plant at the SIPCOT Industrial Park, at Oragadam, in Chennai. And the consortium has signed a contract with Tamil Nadu government. At present, RE produces only 70,000 units annually in its one and only 10 acre production house at Thiruvottiyur, in Chennai, whereas Hero Motocorp produces a bulk of 70,00,000 units! RE has invested Rs.150 crore for the upcoming plant. Once it is set to produce, RE will have a yearly production of 1.5 lakh units. The plant is expected to start functioning by the second half of 2013.
Written by Jose Gonsalo Garshya.
Last updated on 25-10-2012. Published on 25-10-2012.

After returning to France after my visit to India, I would like to know where I can purchase a Thunderbird 500 in France or Europe.
By Mick Bunby on 23-07-2016