Xtreme Sports is the most powerful among the Xtreme bikes.

The Hero Xtreme Sports was showcased initially at the 2014 Auto Expo and was brought to the market in the beginning of 2015 without any ceremonious proceedings or announcements. Now, however, Hero MotoCorp has decided to “officially launch” the top-of-the-line variant of the Xtreme line. 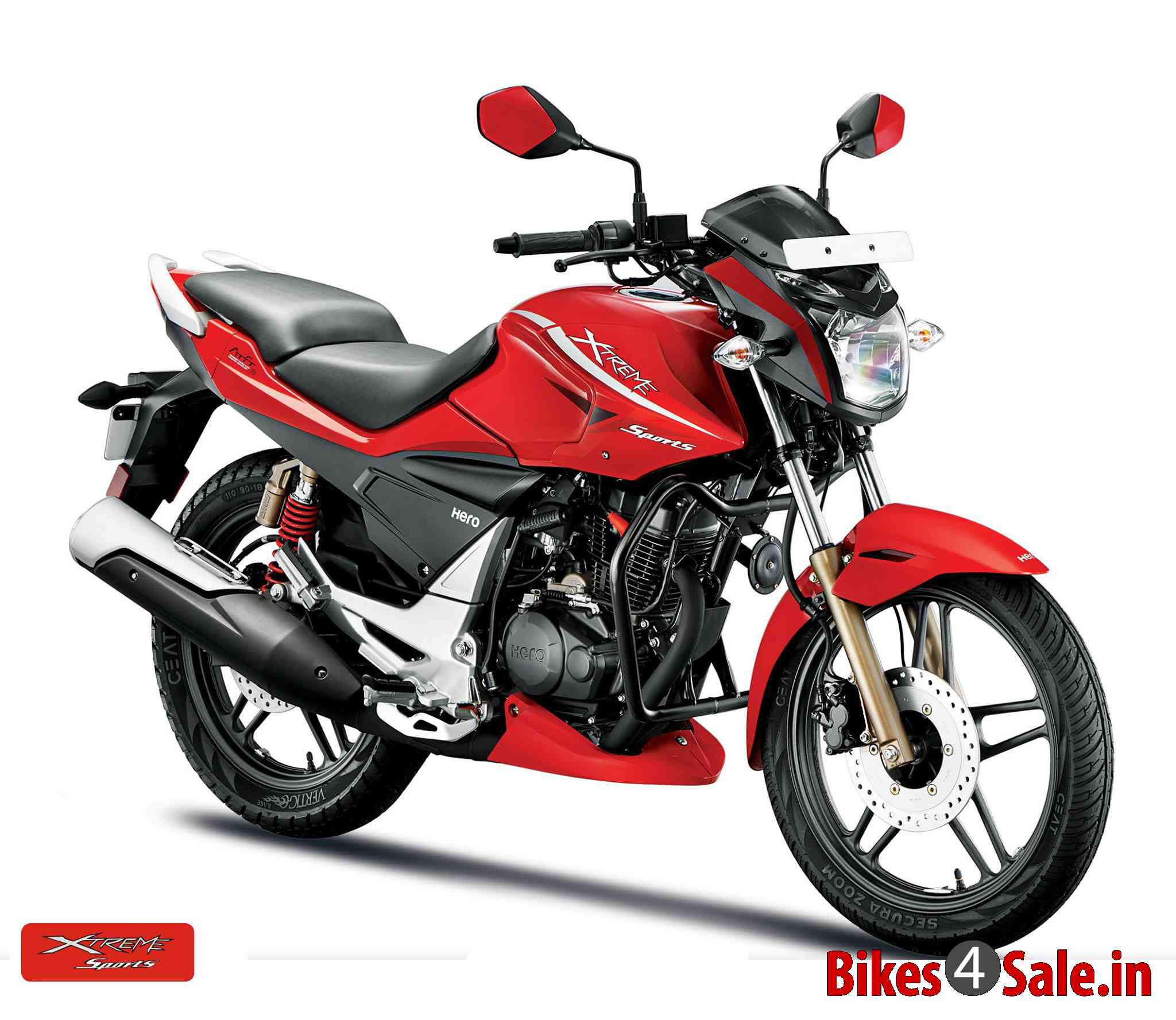 At a base starting price of Rs 71,515/-, the Xtreme Sports gets a good makeover from the previous Xtreme bikes; featuring updated looks and upgraded essentials, besides a mechanically updated engine. It will make its mark as the most powerful of the Xtreme range and the entire front end has been given a total makeover. Aiming to compete with the others on the block, Hero has given the front a wolf shaped headlamp cluster, LED pilot lamps on either side and indicators, too; split seats add not only a sporty touch to the bike but doesn't let itself down in terms of comfort. Split grab rails on either side of the tail end does not feel flimsy and Hero certainly does a good job in that aspect. 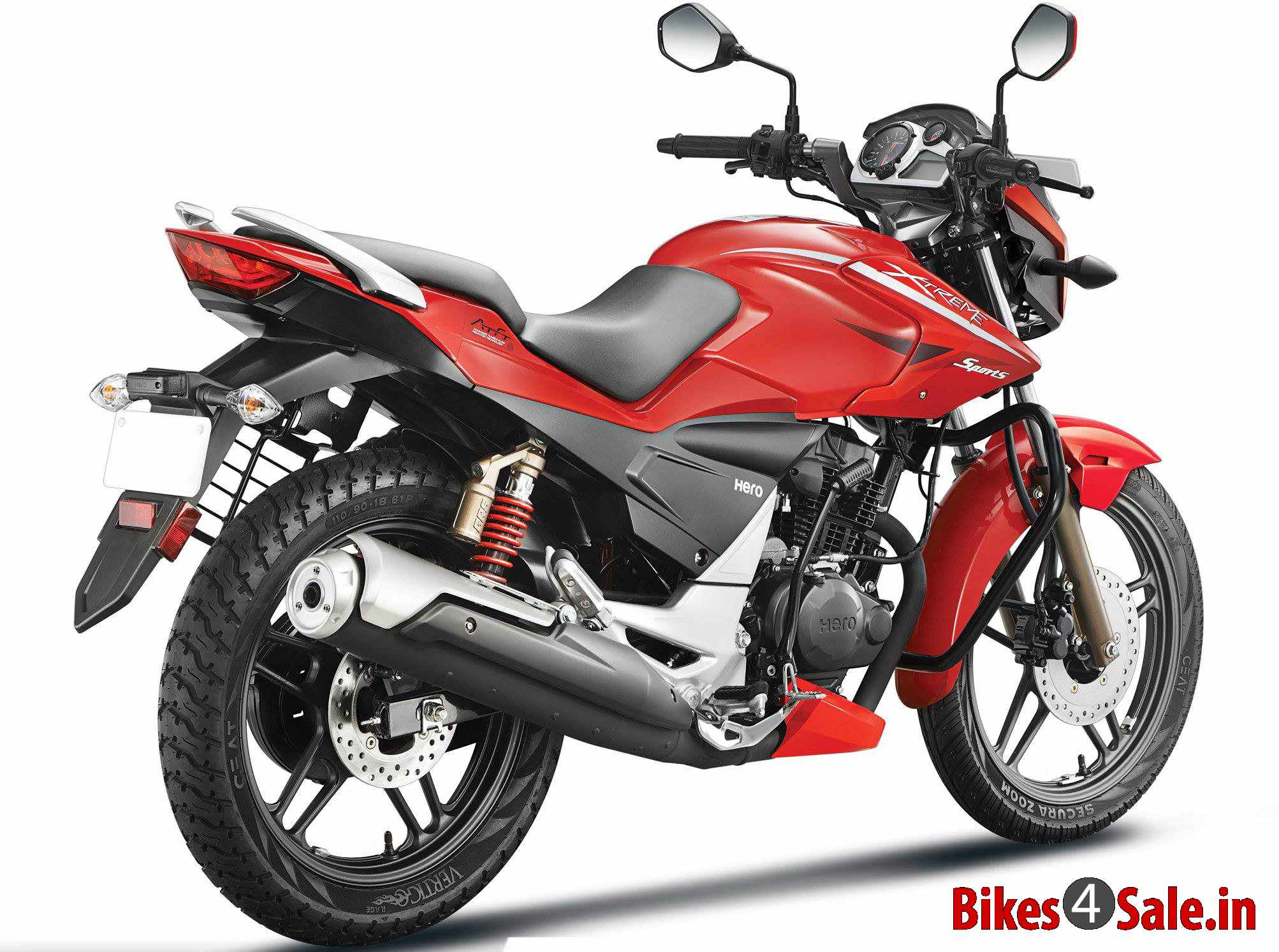 To go by the bike's name, adding sporty elements to the bike have been given prime importance, like the sporty exhaust unit for example – it gets an attractive and contrasting paint job as well. The visor up front, extending from the headlamp console, has been given aerodynamic touches and looks pretty. Other elements of the new bike remain the same as the Xtreme 2014. Instrument console gets a digital-analogue set up. 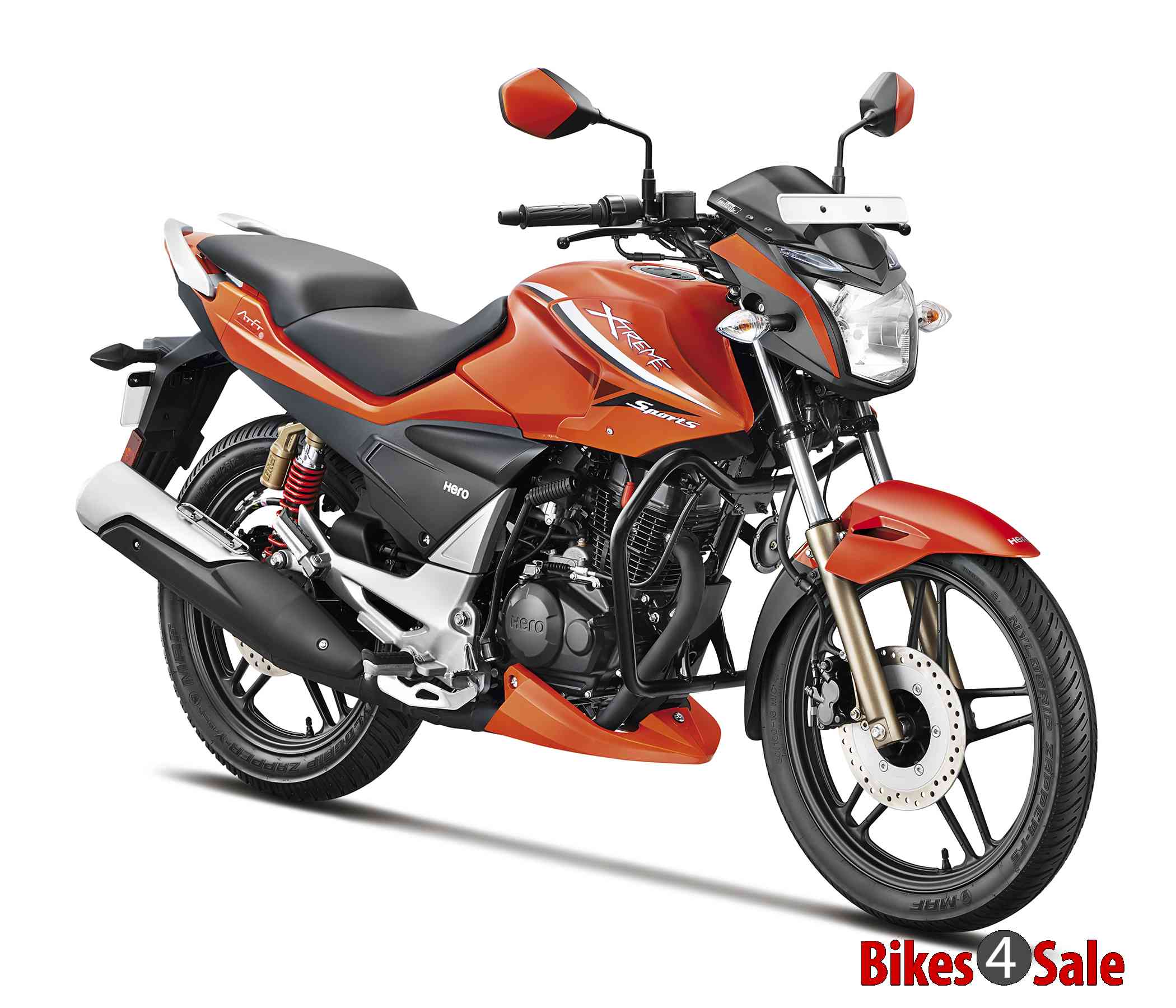 All that said and done, Hero still seems to have difficulty letting go of the commuter tag, and the Hero Xtreme still features traits of a commuter bike that might not do good for it in the long run. The Xtreme breathes to life using a 149.2cc air-cooled engine that produces a good 15.2 bhp and torque of 13.5Nm, married to a 5-speed gearbox. Suspension and brakes remain unchanged, telescopic forks up front and twin shock absorbers at the rear helping the bike ride smooth even on the roughest terrain; disc brakes on the front and rear wheels to add to the braking performance. Hero offers the 2015 Xtreme Sports in five colors – Panther Black, Fiery Red, Mercuric Silver, Black Red and Pyro Orange.