Yamaha has launched the new R1 and R1M in India

Yamaha has launched its superbike flagship models, the MotoGP inspired R1 and R1M. The new bikes have been designed and integrated with the most sophisticated and advanced technologies that almost no other manufacturer has ever tried to incorporate. Yamaha aims to bring the race track experience to its buyers on the road.

Both the R1 and the R1M measure 2055mm in length, 690mm in width and 1150mm in height with a wheel base of 1405mm. Both bikes are based on Yamaha's infamous delta box frame made of aluminium. The entire frame is supported by inverted telescopic suspension at the front and swingarm on the rear. The bikes also feature a 17 litre fuel tank. Yamaha has always tried to make its bikes look distinctive and they have indeed created a mean looking, yet, rider-friendly bike. 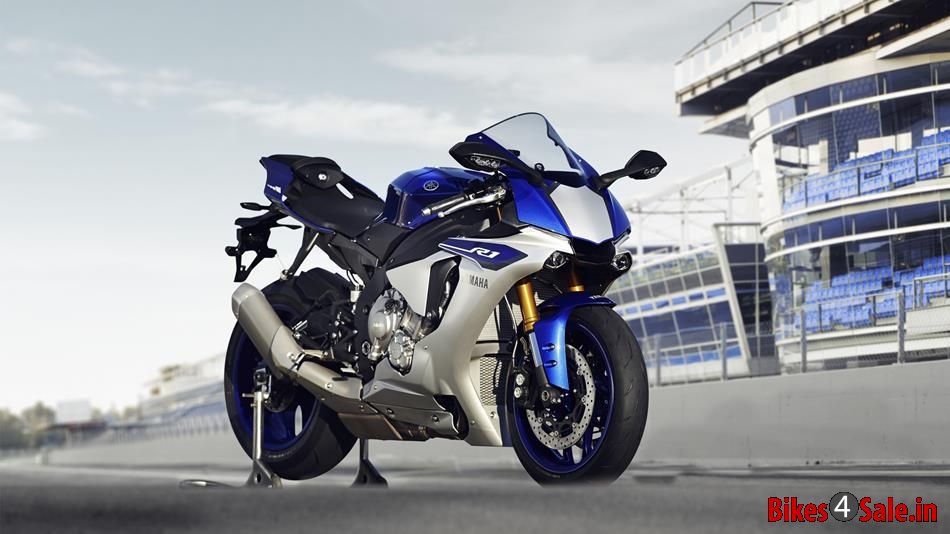 The deltabox frame was specially made for the Yamaha R1 and R1M using aluminium and the usage of an aluminium rear swingarm provides a combination of both strength and low weight. The chassis has also been given a magnesium subframe which further reduces weight and the industry first is magnesium wheels on a bike. The fuel tank has been finished in aluminium, again reducing the weight. Two small LED headlights that make up the headlight system are interestingly placed on either side of the central air intake and while looking at the bike from certain angles, the lights seem to disappear! The LED lights are mounted to a projector set up to give the rider ample lighting while riding in the dark. Another feature is the LED lamps located on the front fairing that adds to the whole frontal expression and the lamps gently fade to death while the bike is switched off. Featuring 320mm dual discs up front and 220mm disc at the rear gives ample braking power.

Yamaha had chosen to develop a special power generation unit for their new R1 series and it was first revealed at the EICMA show in Italy 2014. The in-line, liquid-cooled, 998cc racing heart spews out 200 PS of power at 13500 RPM and has a torque rating of 112.4 Nm at 11500 RPM that can probably move mountains. The engine is mated to a 6-speed gearbox. 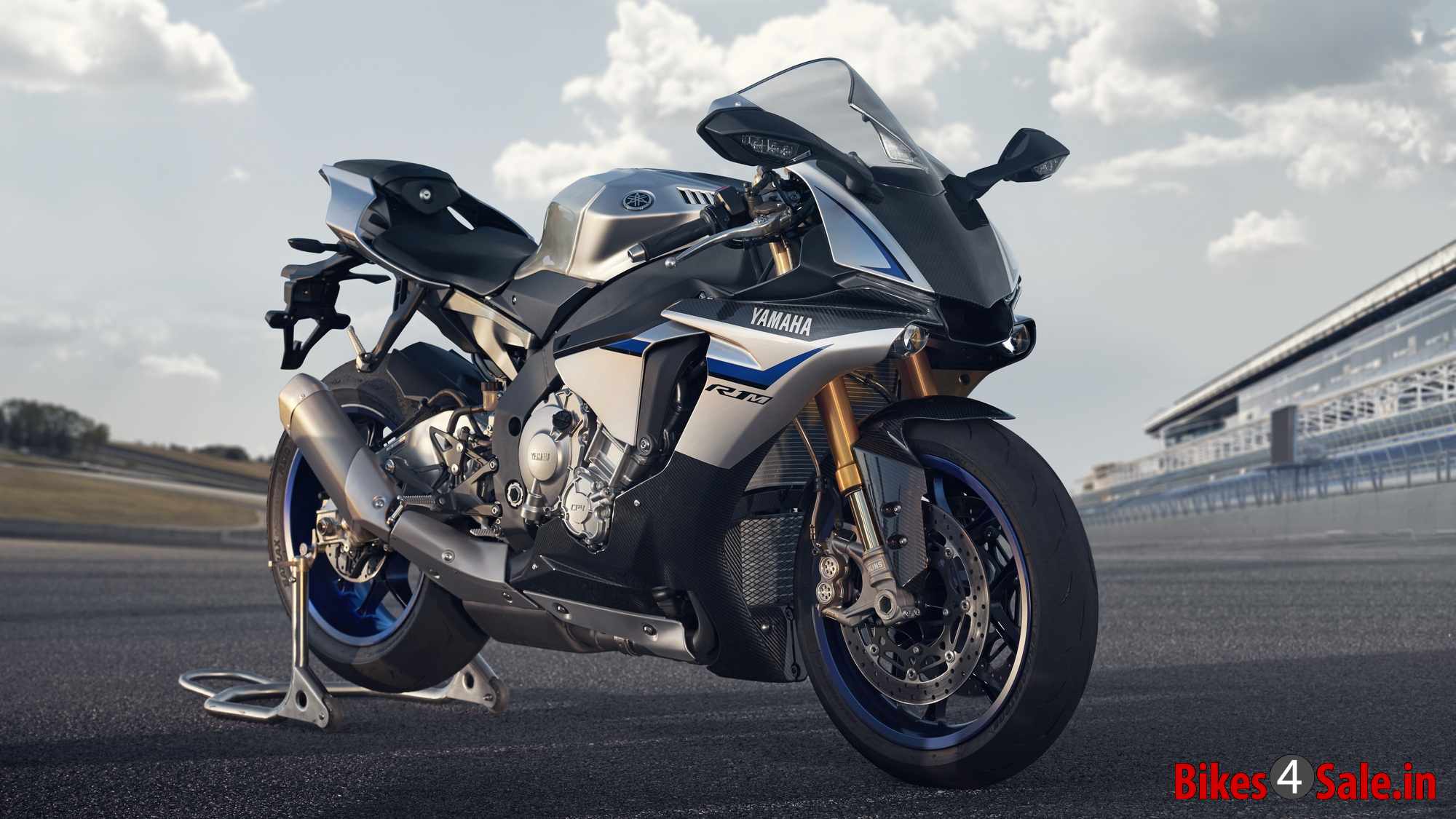 Yamaha developed the engine based on an entirely new concept that is both lightweight and compact and the cross-plane crankshaft that had been used in the earlier versions has been left unchanged.
The engine has twin injectors pumping fuel into each cylinder. With this set up, Yamaha has aimed at maximising the amount of fuel that goes through and that means a cut in incomplete combustion and also, efficient power delivery. The connecting rods inside the engine block are made in titanium and this is happens to be another technological first that's made its way into a production bike. Yamaha claims that these Titanium connecting rods are lighter than those made of steel by about 60% and as a result, the engine feels responsive and gives the rider enough confidence even at higher RPMs. The engine is rigidly mounted to the frame at four points. 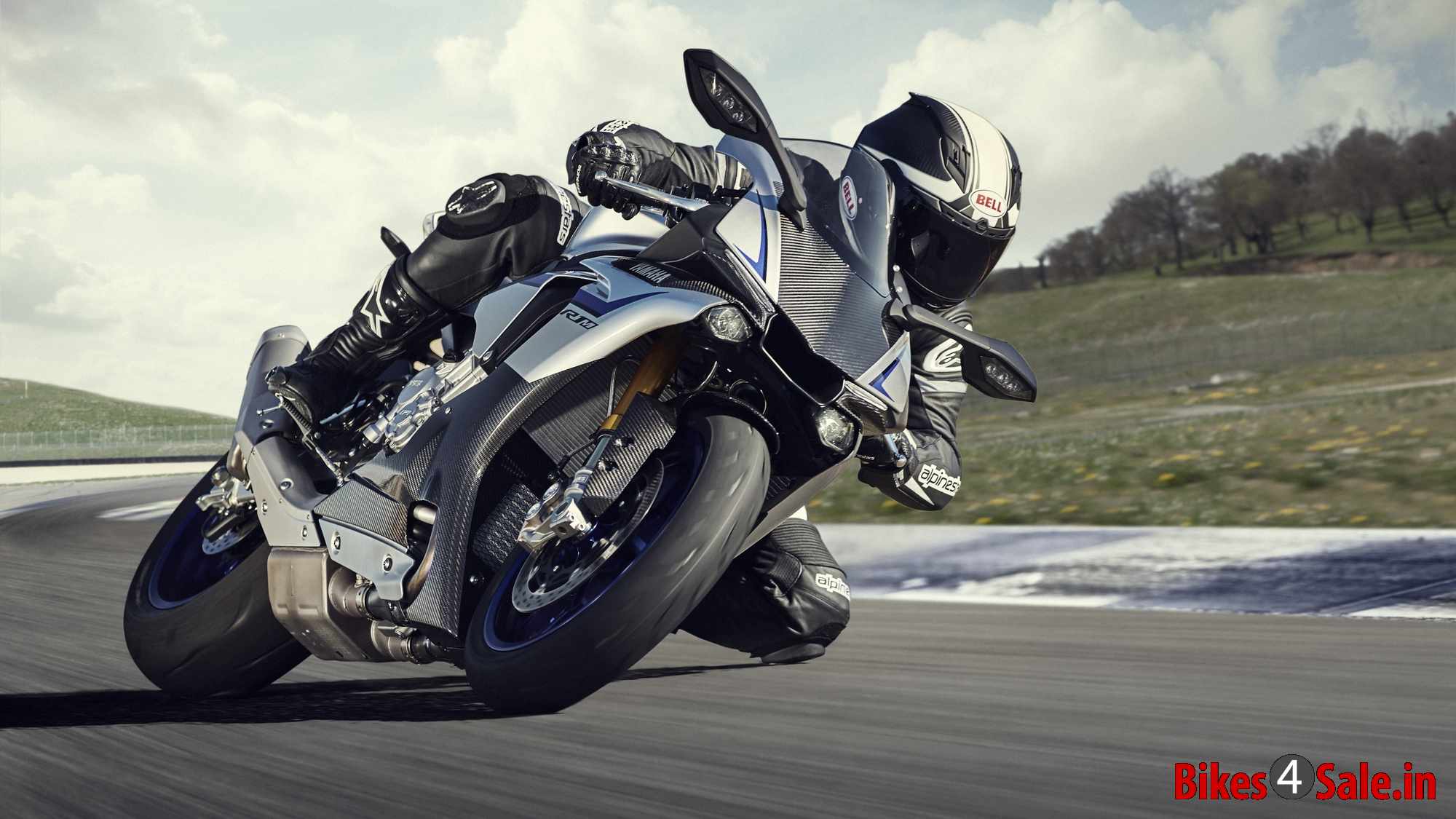 This street-legal bike gets the first six-axis Inertial Measurement Unit (IMU). Yes, that's the stuff that's used to control spacecraft and guided missiles. The IMU gets its use in the 2015 R1 to give the rider an experience of 3D controllability.

The bike also gets banking-sensitive traction control, slide control, anti-wheelie control, a Quickshifter, Launch Control and ABS. The reason for introducing many of the advanced features to the road bike, as yamaha claims, is to bring the MotoGP experience to the common rider. Until now, the only people who could experience all of this were Yamaha's factory riders.

Following the increasing trend of bringing the race track experience to the road, Yamaha decided to show its engineering and design prowess with the release of the Yamaha R1M. The Kawasaki Ninja H2R is its closest rival, but where the R1M excels is the fact that the R1M is made street-legal while the H2R is not. Both H2R and the R1M are track specific bikes but Yamaha wanted the rider to feel what the riders would go through on a track.

What makes the R1M different from the R1 in pricing is the addition of advanced and sophisticated technological components. It features an Electronic Racing Suspension (active suspension) by Öhlins, carbon fibre inputs on the fairing and a Communications Control Unit with GPS that enables the rider to collect useful feedback from the bike according to the track, download it via WiFi using Yamaha's Y-trac application, analyse and make changes accordingly and then feed it back to the bike. Usage of such technological methods to a high degree shows how much Yamaha is willing to provide its customers with the experience of a real race setting and also showcases Yamaha's involvement in bringing in new systems from the digital world and implementing them to their bikes. 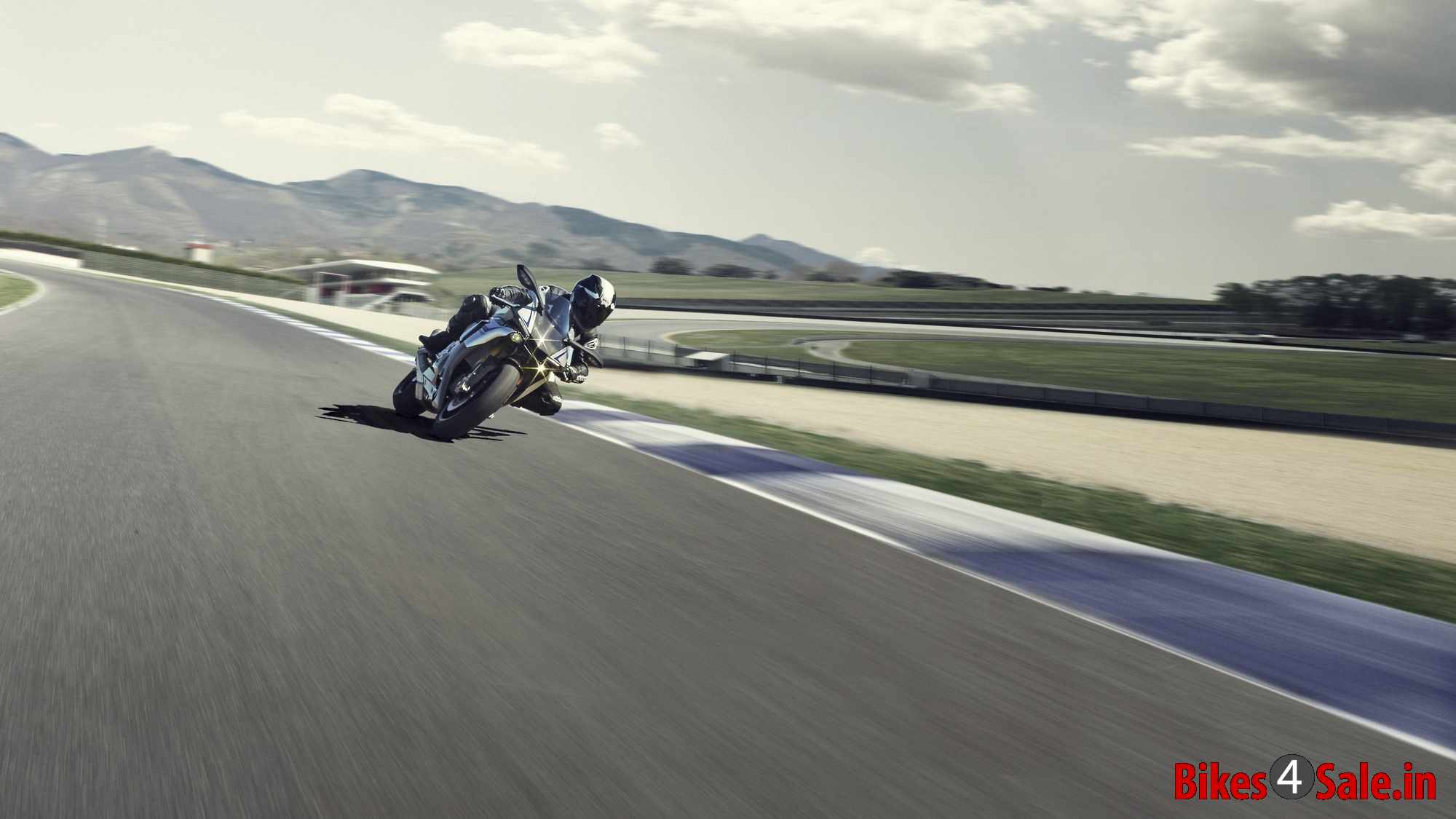 Yamaha R1M's tires have been specially developed by collaborating with Bridgestone. The front 120/70-ZR17 and the rear 200/55-ZR17 use specially created rubber compounds and allows the rider to take the bike to extreme lean angles and supply incredible levels of traction that can even prove Isaac Newton was wrong.

The R1M is a product that resembles the racing experience in real life. It's as close you can get to trying the MotoGP machines that loves to be pushed to the limits. And so, Yamaha says that the R1M will be a limited production model, meaning only a lucky few will ever be able to ride the machine. The R1M also has the seat height 5mm higher than its brother to add to the racing element. The bike is also a kilo heavier due to the added electronics and suspension systems.

The pricing is justified for both the bikes as it comes with the latest technology and styling that's clearly distinctive and attractive. In India, the R1 is priced at Rs. 22,34,300 and the R1M is priced at Rs.29,43,100. The R1 comes in two color options: Racing blue and Racing red while the R1M comes with a single color option: Silver Blue Carbon.