The bike features many features and is the cheapest 500cc class RE yet.

India's iconic motorcycle brand Royal Enfield launched its big two-wheeler name to the Indian industry. The machine has been tagged the name, Bullet 500. This is indeed an overwhelming news for all Bullet Standard maniacs, who love to have more power on their Standard model. Unfortunately, the name has only been taken from the old time motorcycle. RE hasn't equipped the traditional Cast Iron engine. Instead of that RE has installed the excising 500 cc engine that runs the Classic 500, the Desert Chrome and the Thunderbird 500.

Indeed the Bullet 500 is coupled with a 499cc, Single Cylinder, 4 stroke, Twinspark, Aircooled engine. As the engine has a well proven history in short period since its birth, there would be possibly no worries from the customers to choose the cheapest 500cc motorcycle of RE. Its engine is mated with a 5 Speed Constant Mesh gear transmission which enables even the traffic rides better. The bike generates maximum power of 26.1 bhp @ 5100 rpm and a maximum torque of 40.9 Nm @ 3800 rpm. Very interestingly both kick and electric start is available in this bike which is the part of standard variant. 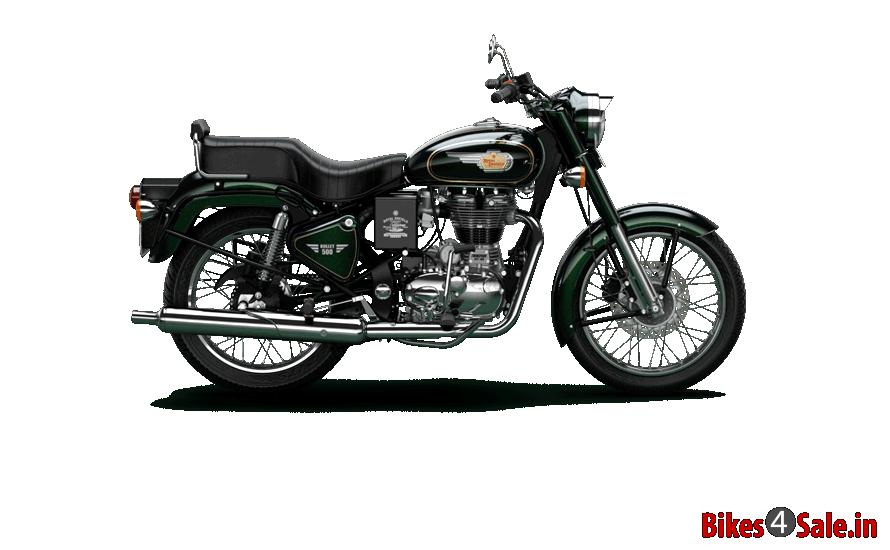 Even though Royal Enfield hasn't disclosed the official price of the Bullet 500, it is assured that this is the cheapest 50cc class from RE yet. Hats off to the engineers who have done an extra ordinary work to cut down pricing. The design is only minimal. Taking cues from the Standard Bullet 350, RE presents the Bullet 350 before its millions of fans across the world. Though the Bullet 500 is the cheapest one, RE hasn't compromised anything on the features. 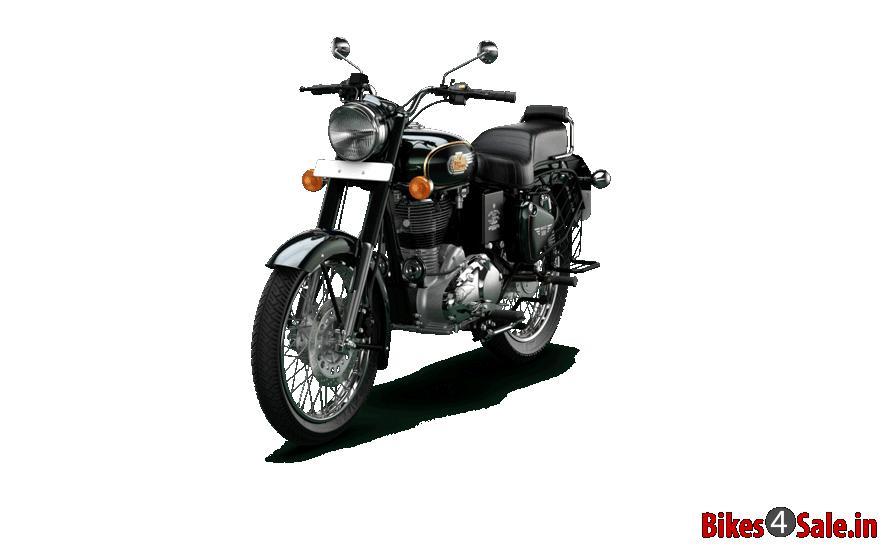 It has got twin pilot headlamps, which makes the bike so aggressive. Thanks to the brand new forest green color. It makes the motorcycle very unique among other two-wheelers. Wedded with a long single-traditional saddle which ends up with a Pillion Grab-rail having a cushion end increases the level of seating for both rider and the pillion rider. 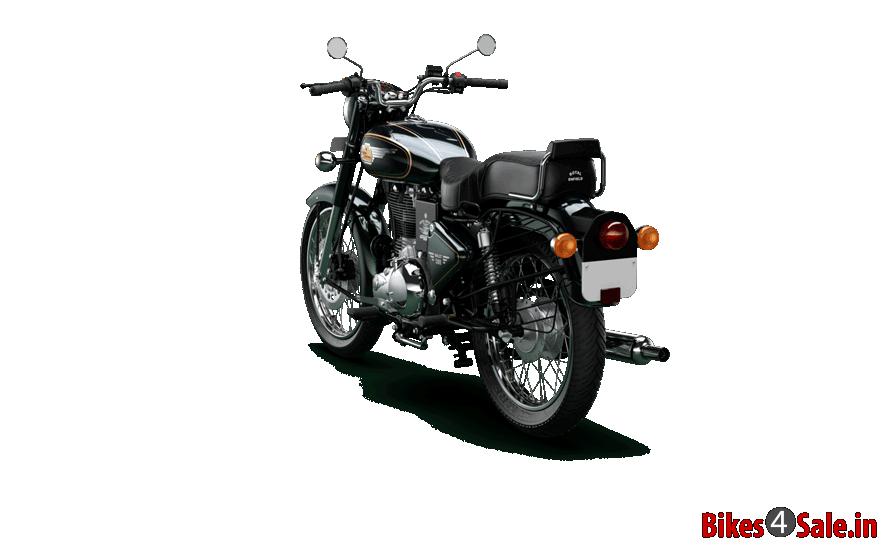 No doubt, Royal Enfield is the most luxurious motorcycle in India. Making no different to it the Bullet 500 is equipped with a telescopic fork at front and twin gas charged shock absorbers at rear. So even turns and bumps are least bothered. Moreover, a disc brake at front and a drum brake at rear is rapid to act while applied.

It has been sourced that the Bullet 500 is priced around Rs. 1.5 lakh. Stay tuned with us for the updates regarding the Bullet 500.