The Guy who holds a History in his story

What if you are given a chance in framing a question for a superhero from India. Man of Steel? No, Not the right question, Man of Speed? Yes, might be a part of the question, Man of Speed, Adventure and total Craziness? Yes that's the question to be answered and the answer was found out during the World's toughest cross-country race, the Dakar 2015.

C S Santhosh, a Bangalore based biker, who is not just a biker, well his history tells a lot more about him and his passion for bikes, who pushes himself and his bike riding capabilities beyond limits. Chunchunguppe Shivashankar Santosh created the history in the Dakar 2015 cross-country championship by finishing at 36th position among 79 other competitors from a number of 168 competitors who started off from the staring line.

The Number 59 KTM 450 biker turned out to be the Indian hope for the International cross-country race which was hosted in Argentina, Chile and Bolivia. A total of 9,295 km around the three countries and the task which had to be completed in 13 different special stages. The starting point and destination of each task was predefined yet as the race itself defines to be the toughest only 79 out of 168 were able to complete the whole event. 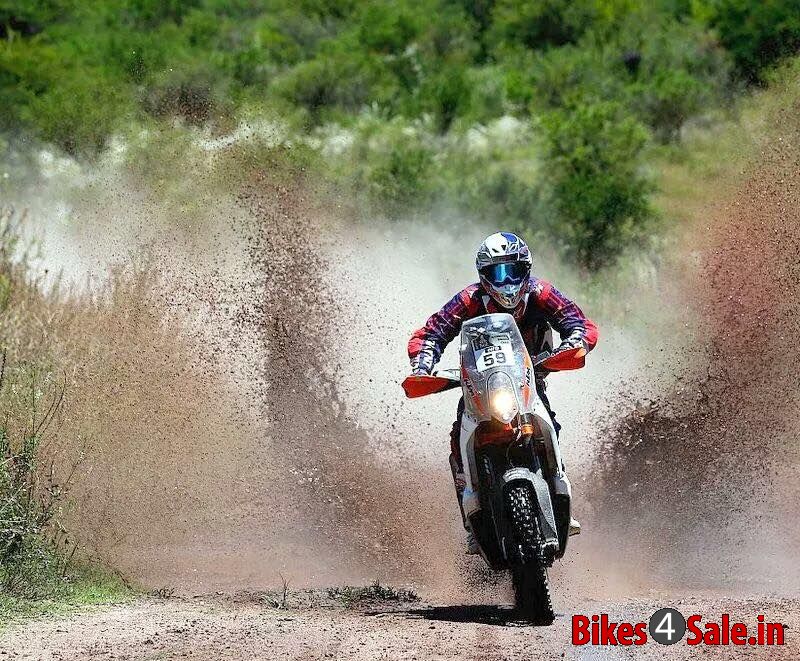 A proud moment for the Indians across the country, the man whose ultimate dream was just racing, dirt biking and to hold up a dirt biking academy for his people, is now one of the most respected personality in the country as well as for the whole racing community. The 30-year-old Santhosh clocked a time of 60 hours 39 minutes and 20 seconds to grab hold on the 36th position.

The world's toughest race did give Santhosh a little bit of huddle and tough time. With a broken toe he managed to climb till the 49th place from 85th position in the end of the second special stage. Santhosh also had minor falls and injuries with an injured shoulder and a bleeding nose which was never an obstacle for this great personality to survive. Santhosh managed to complete in the 52nd position in the 318km special stage even after the huddles.

“When I watched the Dakar on TV as a kid, I was fascinated by all the competitors who managed to finish the race. When you start an event like this one, you never know how far you’ll make it. Every day is a challenge, it’s really tough. The sands of Chile were the toughest part but so was the second stage on the Argentinean fesh fesh in scorching heat. What I enjoyed the most was the last three specials in Argentina. The landscapes were jaw-dropping. I’ve opened the door. I’ve shown that it’s possible that an Indian can do it too. I hope there’ll be more of us in the future” said Santhosh, who won many super-cross and cross-country titles in India besides participating in the International cross-country events.
Written by Akhil Venugopal.
Last updated on 22-01-2015. Published on 20-01-2015.

Published by Bikes4Sale in category MotoGP
Rate this Article :
4.3/5 (7 votes)