As we all knows, exhaust gases from vehicles form a significant portion of air pollution which is harmful to human health and environment. Not only that, these Greenhouse gases are subjected to be the major cause for ozone layer depletion and climatic changes. It will be too late for us if we didn't take any strict actions towards this scenario. So, the Indian Government introduced the Bharat Stage (BS) emission norms in the country from 2000.

What really is this emission norms?

After formulating the rule in 2000, restrictions have gone up in the form of BS II, BS III and now BS IV. It is based on the Euro norms (European regulations), which set limits for release of the air pollutants from the Combustion Engines of vehicles and industries. The latest BS-IV emission norms are based on the on going Euro-IV norms of European nations. In India, The Central Pollution Control Board (CPCB) governs and sets measures to control them. They evaluates the level of Suspended Particulate Matters (SPM) from the engine exhaust gas. It consists of parts of Sulphur, Hydrocarbons, Nitrogen Oxide and Carbon Monoxide. Inhalation of any of these gases may cause serious respiratory diseases and allergy. Therefore, automobile makers are forced to change their engine at regular intervals to cope up with the timely emission norms. The previous BS-III emission norms has been enforced by the Government in October 2010 and kick started the latest BS-IV norms from August 2010 in 13 major cities of the country. And the CPCB is to skip the BS-V norms in the country and looking more focused towards the upcoming BS-VI norms from the April 2020.

According to the Supreme Court of India, BS III vehicles are not supposed to be sold or to be registered from the 1st of April 2017. It was the deadline given by the Government for all the auto makers of the country. The main difference between these two lies in the percentage of emission of hydrocarbons and suspended particulate matters within in it. For example; BS III compliant engine emits 350 ppm (parts per million) of Sulphur whereas, BS IV engine produce only 50 ppm of the Sulphur content. Also, the newer engine produce lower levels of Hydrocarbons, Nitrogen Oxide and suspended particulate matter from the obsolete engine. The ceasing of Maruti 800 from the production line is one of the finest example of BS regulations. 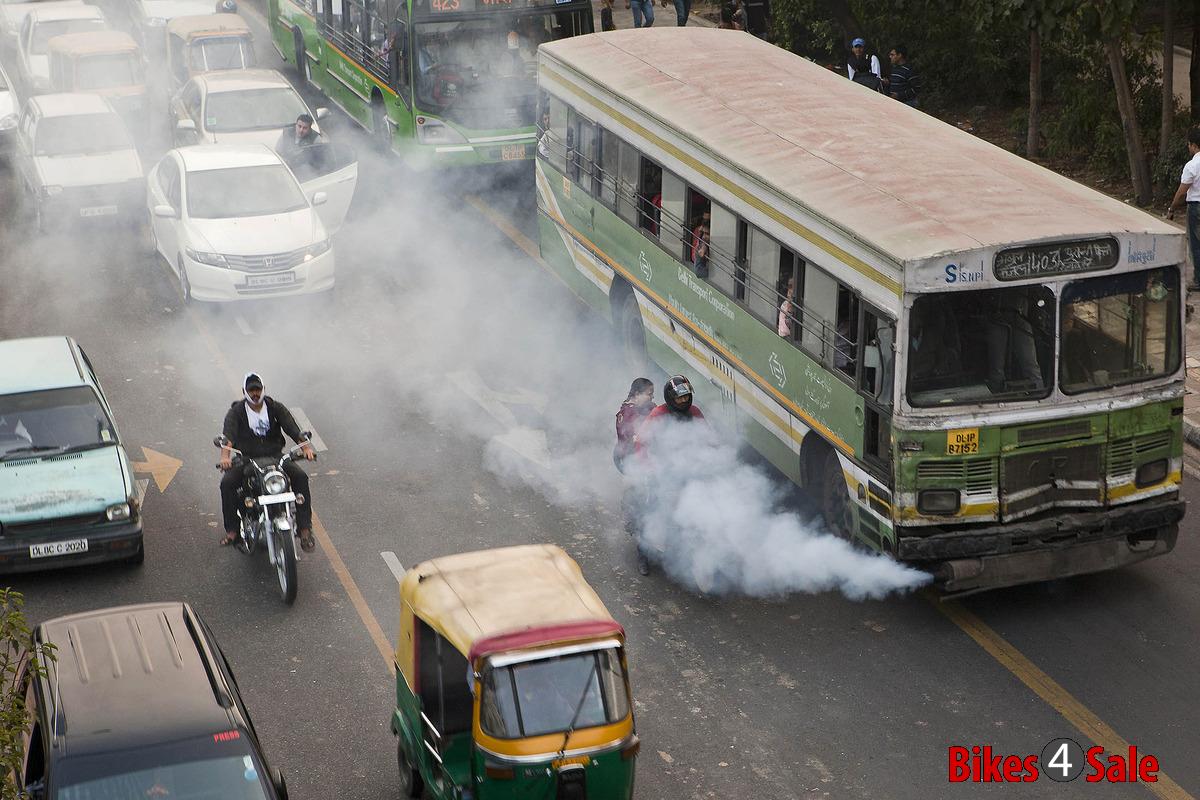 Does this BS-IV regulations reduce the pollution levels?

It is one of the debatable question in accordance with this regulations. It took 7 years for the Government to activate BS-IV across the country. And still, the number of BS-III compliant engine will be way higher than BS-IV engine. So, there won't be a huge decline of the levels of Greenhouse gases in our atmosphere. Not only that, availability of BS-IV Standard fuels are another matter of concern. According to the SIAM (Society of Indian Automobile Manufacturers) running a BS-IV engine with BS-III compliant fuel will be no use and it can even cause some serious problems to some vehicles. At present scenario, low emission fuels are only available at few refilling stations of Metro cities. And the authorities have to now make sure the availability of BS-IV fuel across the country with the banning of BS-III compliant vehicles by the Supreme Court. But in the long run, air pollution can be reduced tremendously with the activation of emission norms.


It is the duty as well as the responsibility of every individual to keep our environment free from all sorts of pollution. Using less polluting or BS IV standard engine is one thing we can do towards our environment. Higher the engine standard means higher the fuel economy. Meanwhile, BS-IV compliant vehicles are slightly priced above the previous one. And the BS-IV standard fuels too will be bit costlier. As we are moving towards a cleaner environment we have blind the money factor.