The 2017 Street Triple consists of S, R and RS variants. Street Triple S is the base model launched in 2017 featuring a newly developed 765cc, in-line 3 cylinder engine. Moreover, this same engine will be featured in the Moto2 series from the year 2019. The mill churns out a maximum power of 113 Ps and a peak torque of 73 Nm. It is available in Phantom Black and Diablo Red paint jobs. This roadster gets all new bodywork with sporty split seat design. The new gull-wing swingarm is black powder coated, along with main frame and subframe.

Book a Test Drive through Bikes4Sale and we will try to get you the best offer for Triumph Street Triple S. 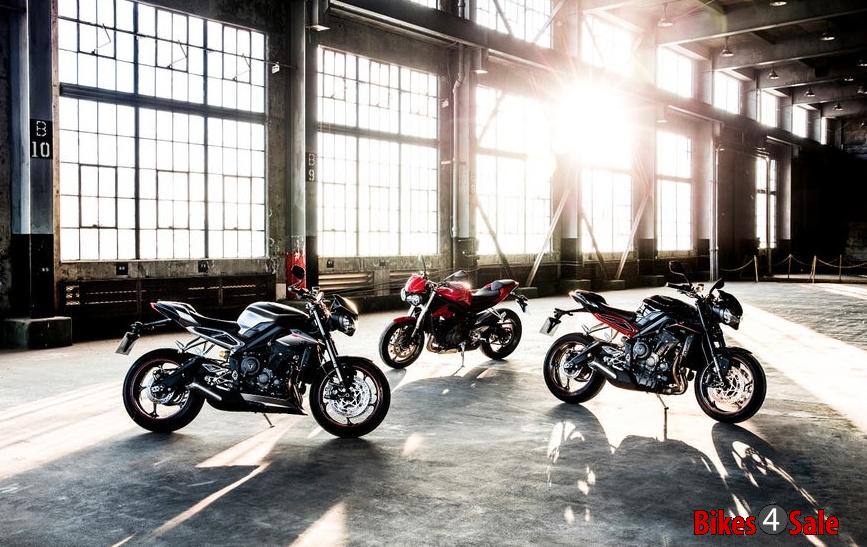 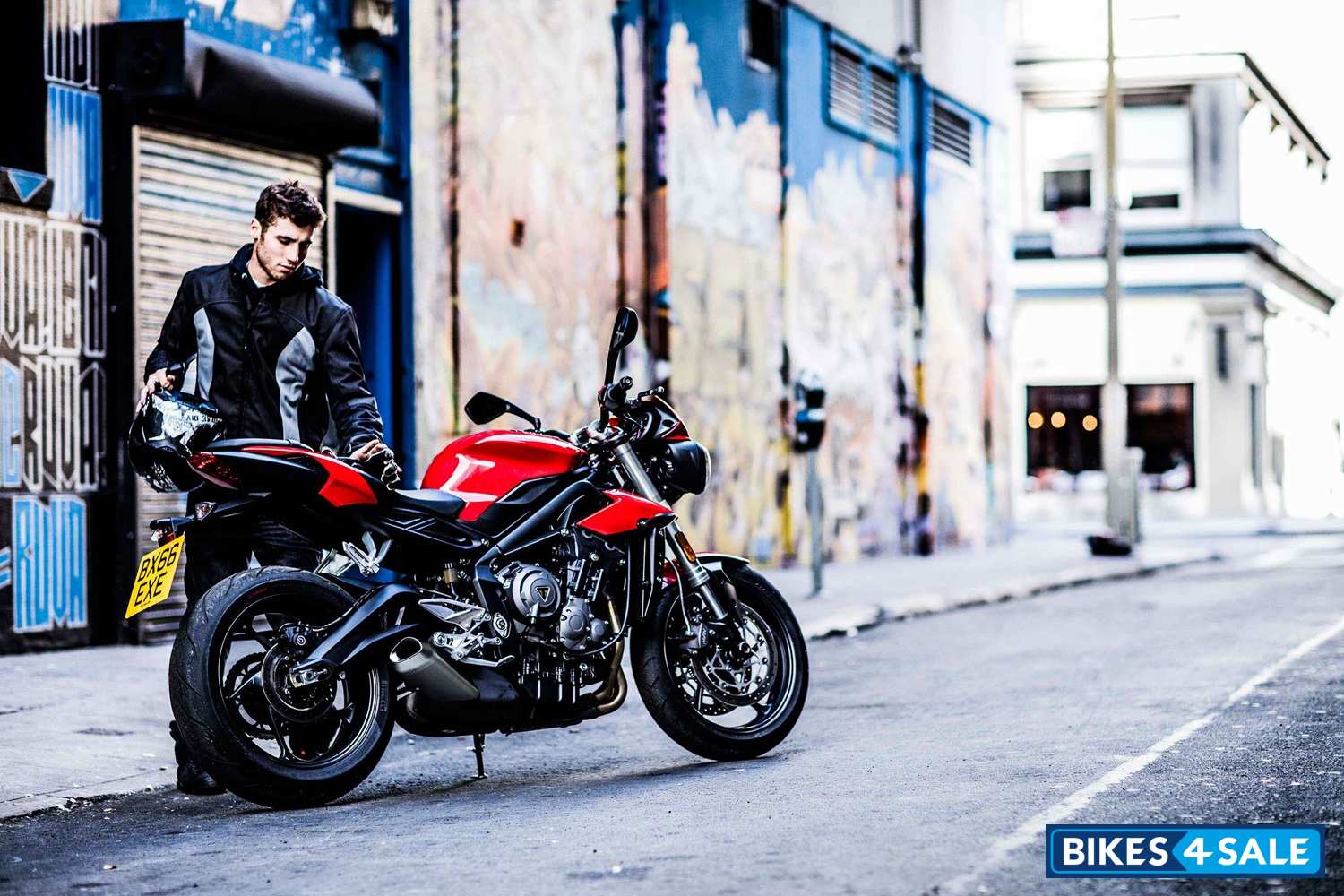 The Triple S is powered by a 765cc Liquid-cooled, 12 valves, DOHC, in-line 3-cylinder which produces a maximum power of 111.5bhp (83.1 kW) @ 11250rpm. The power of the bike is accompanied by 73Nm torque which kicks in at @ 9100rpm. Much of the power is concentrated in the high revs and this makes it easy to use the bike is all condition with much stability and control. The exhaust of the bike is done with Stainless steel 3 into 1 exhaust system low single sided stainless steel silencer. The final drive of the bike is an O ring chain. 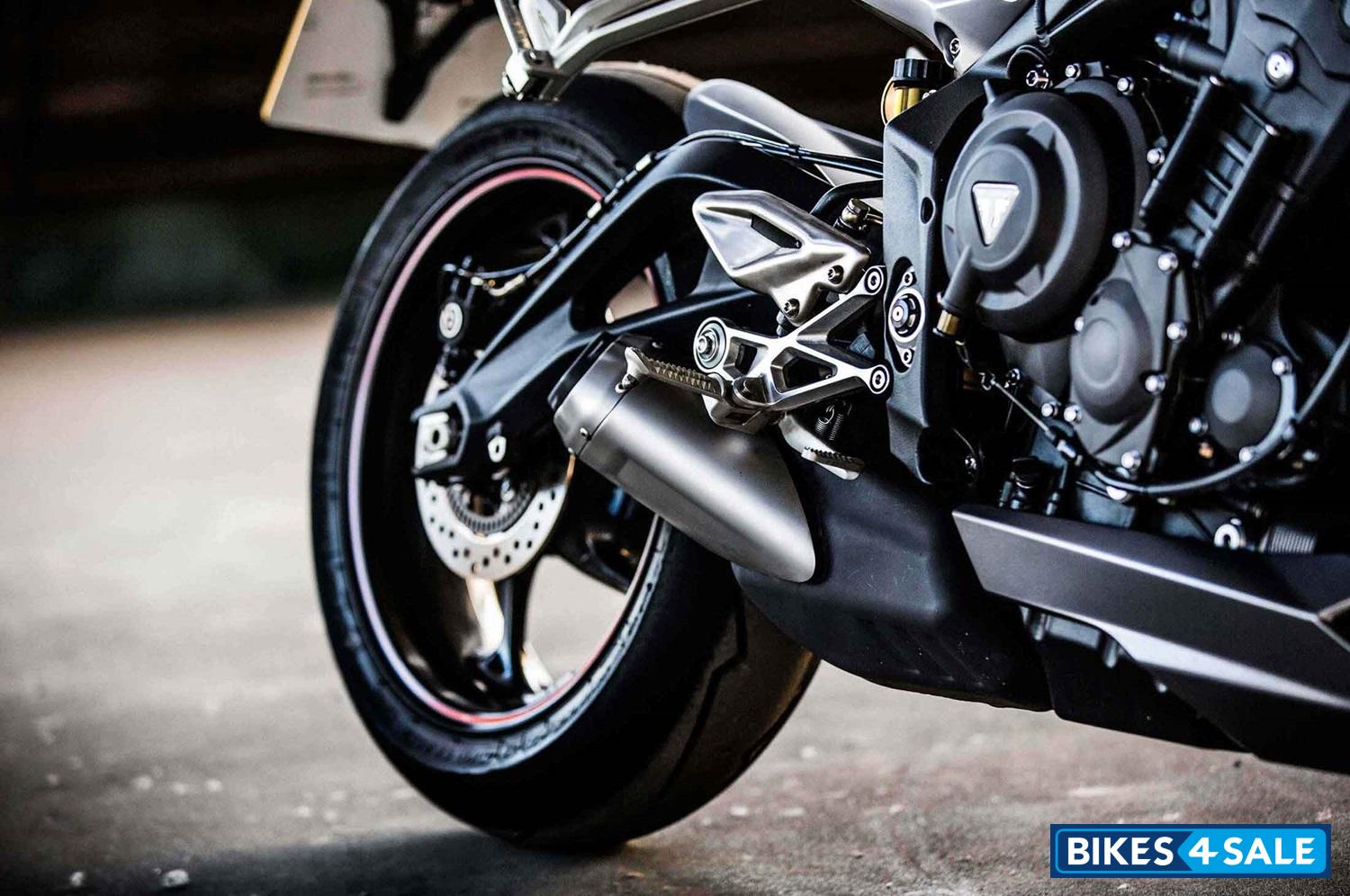 The Triple S comes with a frame that consists of Aluminium beam twin spar at the front while the rear consists of 2 pieces high pressure die cast. The mainframe, subframe and swingarm are Black powder coated to increase the styling. Some of the other features of the Street Triple S includes Showa suspension setup which comes at the front and rear, an all-new ‘gullwing’ swingarm, Road and Rain riding modes, LED position light bulb headlights, a very updated LCD instrument pack including an onboard computer with: fuel gauge, odometer, trip meter and journey distance and an All-new bodywork with Sporty twin-seat. 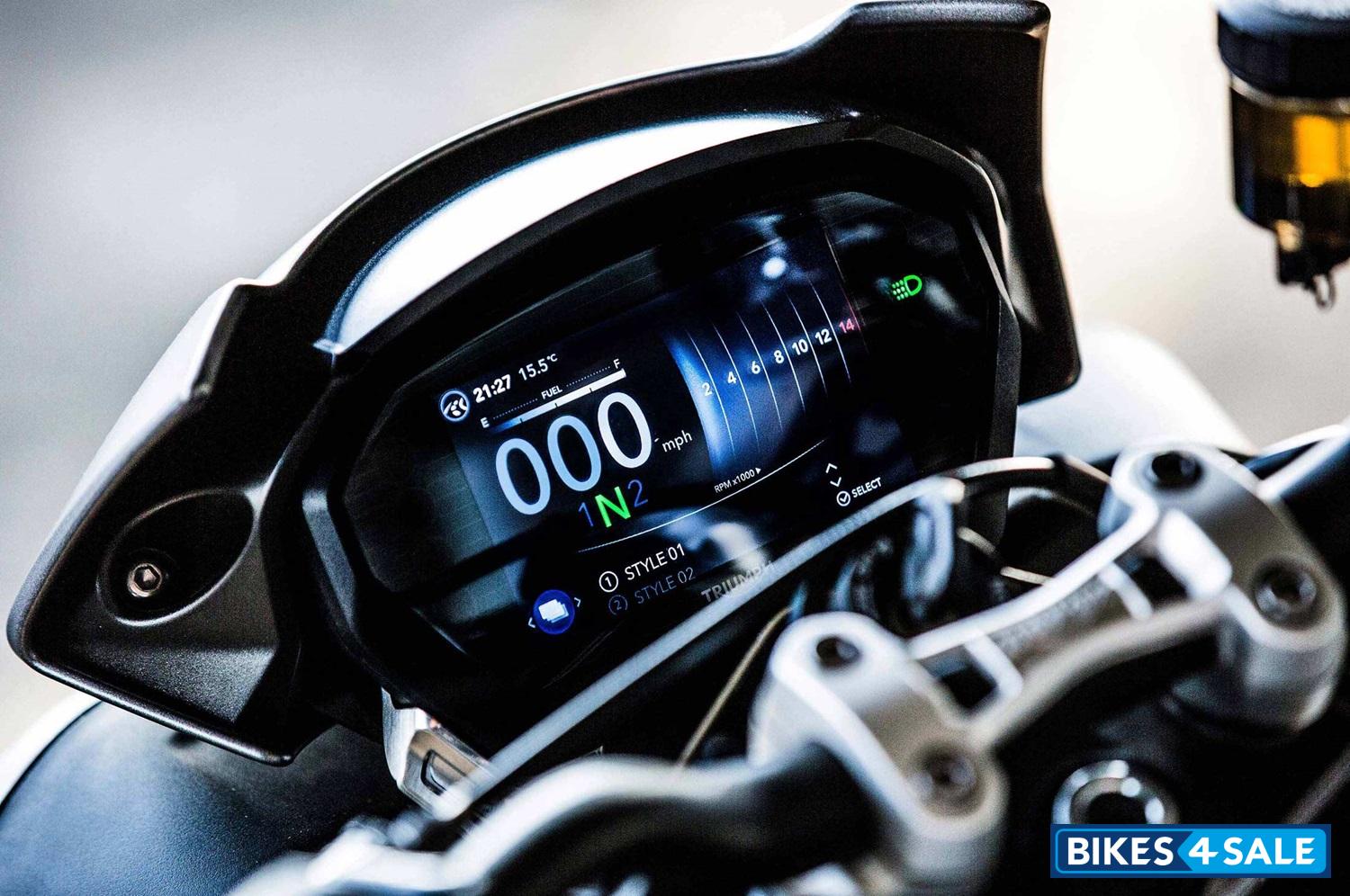 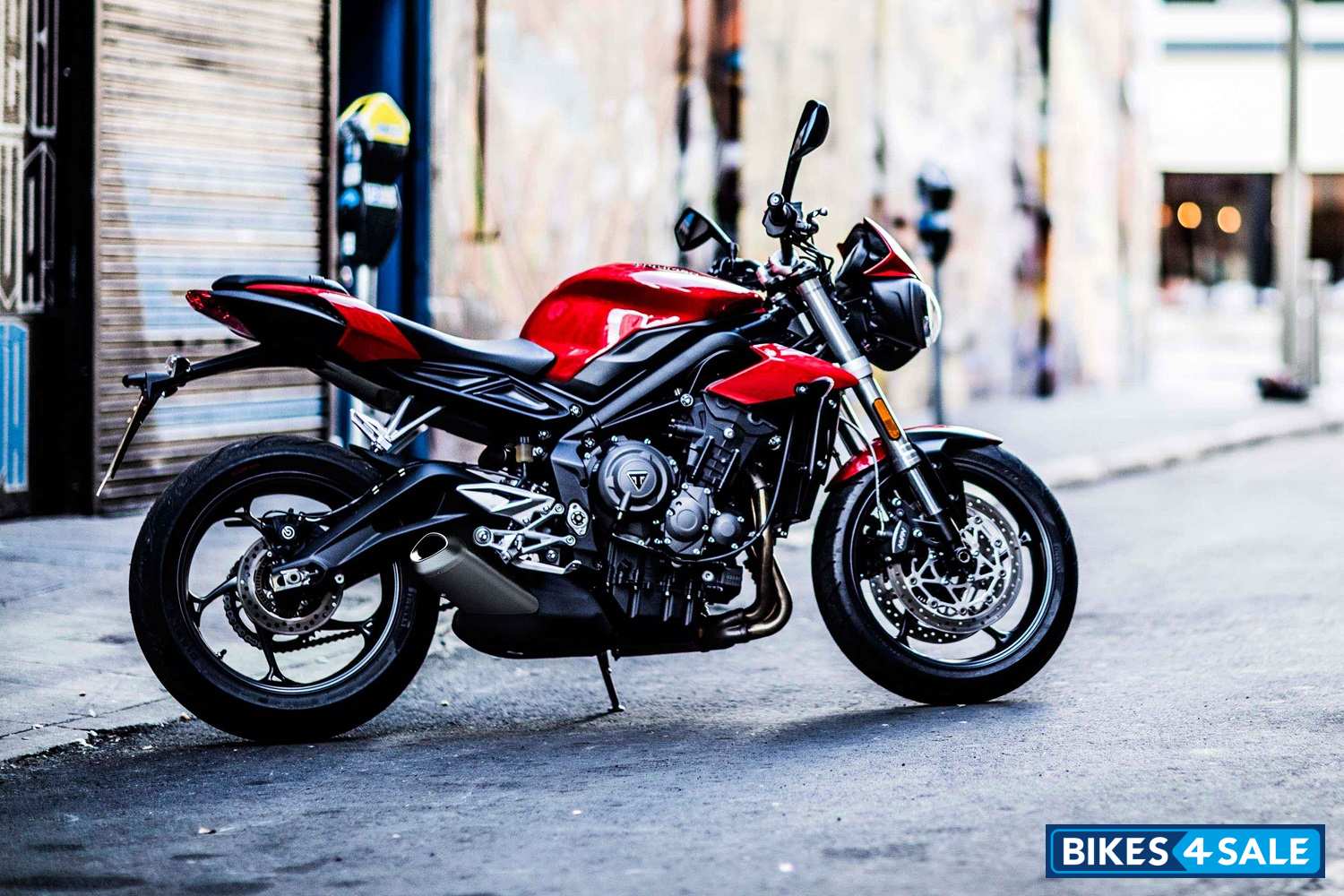 To make the Street Triple S more aggressive, Triumph has incorporated some seriously good street fighter looks, along with technologies like ride-by-wire throttle, riding modes, ABS and switchable traction control to make it a very powerful and mean bike. The overall weight of the Street Tripple S is 166 kg.
Test drive reports, reviews and news