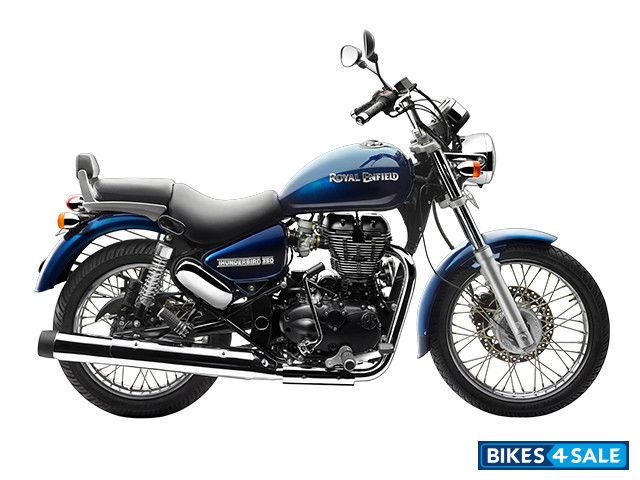 Thunderbird is the only cruiser type motorcycle from the RoyalEnfield family launched in 2000. The 'Thunderbird 350' is the upgraded and renamed version of the model 'Thunderbird 350 TwinSpark' launched in 2009. The ongoing model gets BS-IV compliant Unit Construction Engine with Auto Headlamp On (AHO) feature. From its predecessors, Thunderbird 350 is a compact and highly advanced machine with projector headlamp, digital instrument console, rear disc brake and stiffer swingarm.

Book a Test Drive through Bikes4Sale and we will try to get you the best offer for Royal Enfield Thunderbird 350. 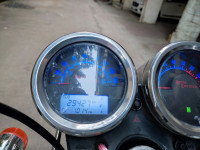 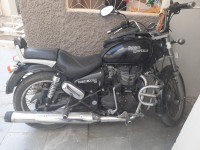 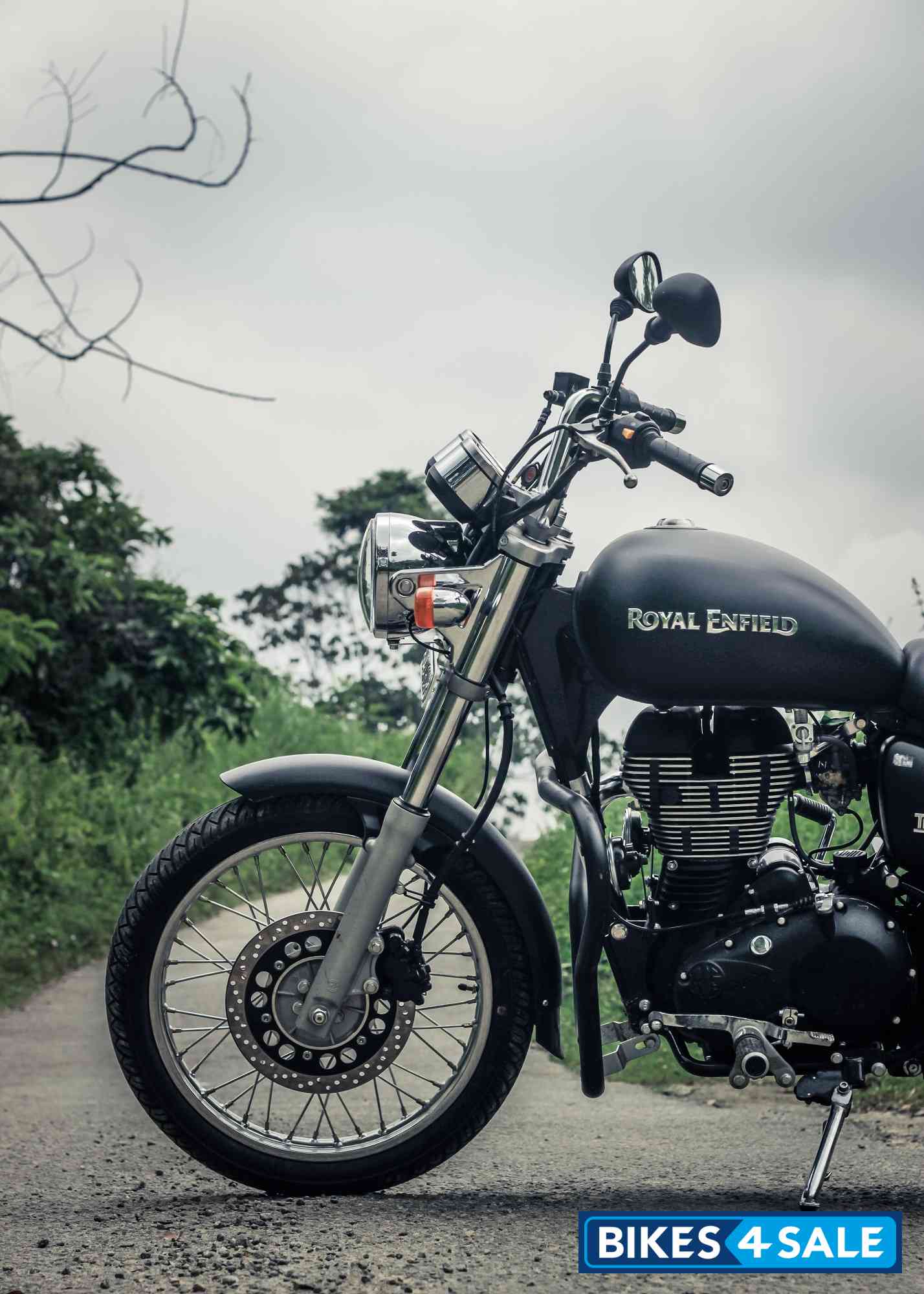 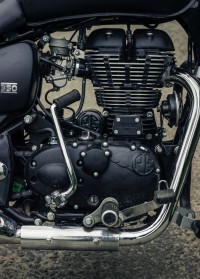 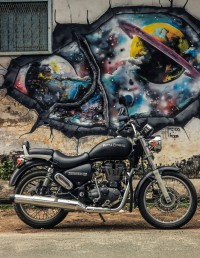 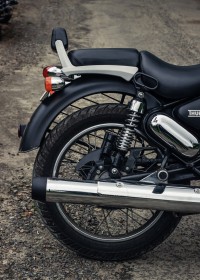 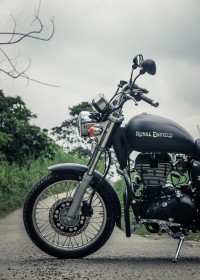 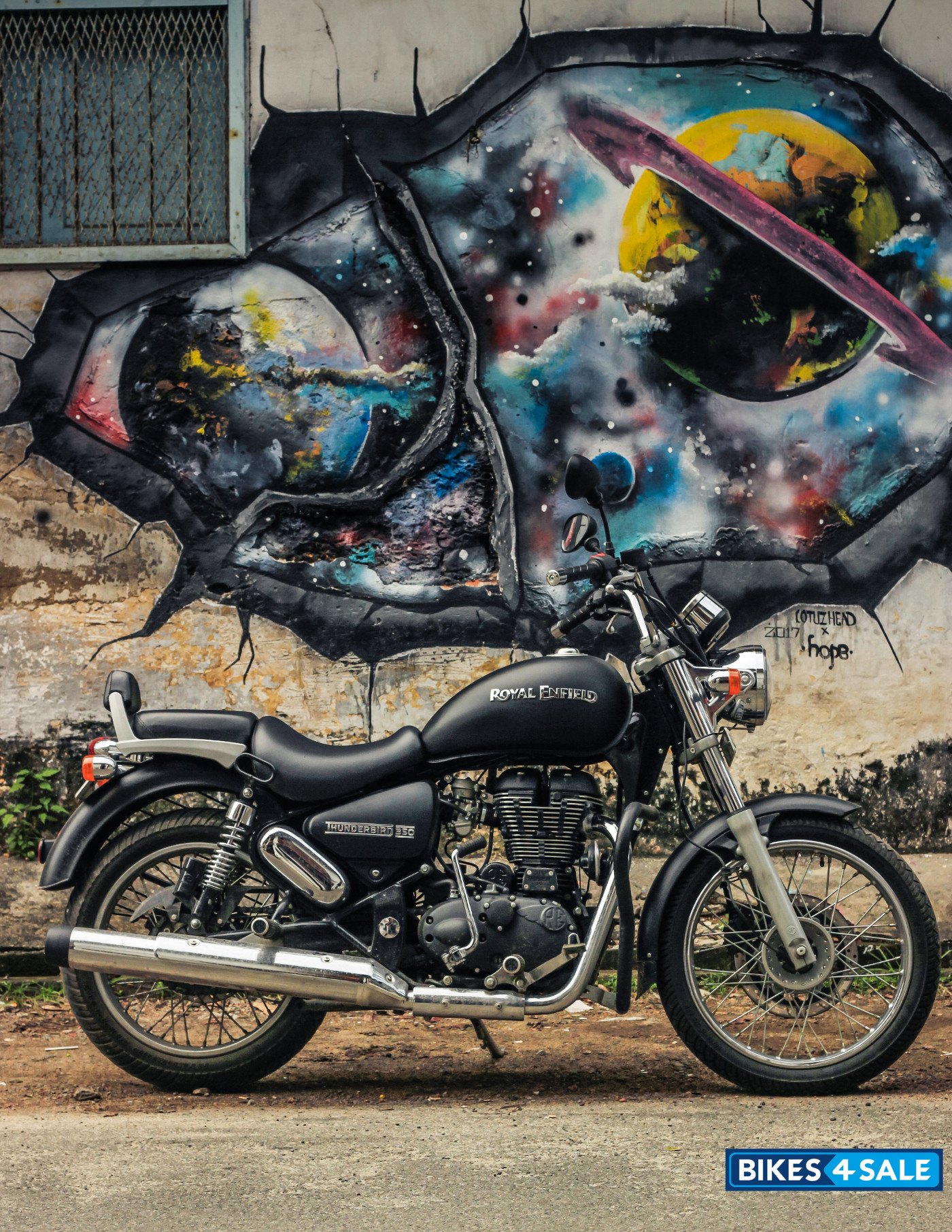 The Thunderbird 350 is an adventure cruiser type motorcycle from Royal Enfiled which got launched back in 2012. Over the years the Thunderbird 350 went many mechanical and visual changes to appeal more to the likes of the potential Indian customers. The nature and character of the Thunderbird are made to make a distinct statement on roads and also to remains as an extension of the rider who uses it.

The Thunderbird 350 followed a cruiser type design and this made it stand out from the rest of the Enfield family. The silent exhaust note of the Thunderbird 350 which miss the iconic "thumb" also made it unique and at the same time became a reason for being disliked by many. The big fuel tank, beefier and more rigid swingarm, rear and front disc brakes, projector type headlamps, advanced instrument cluster; which were never seen on any other Enfield motorcycles were showcased exclusively in the Thunderbird models and this helped it gain some popularity over the years. 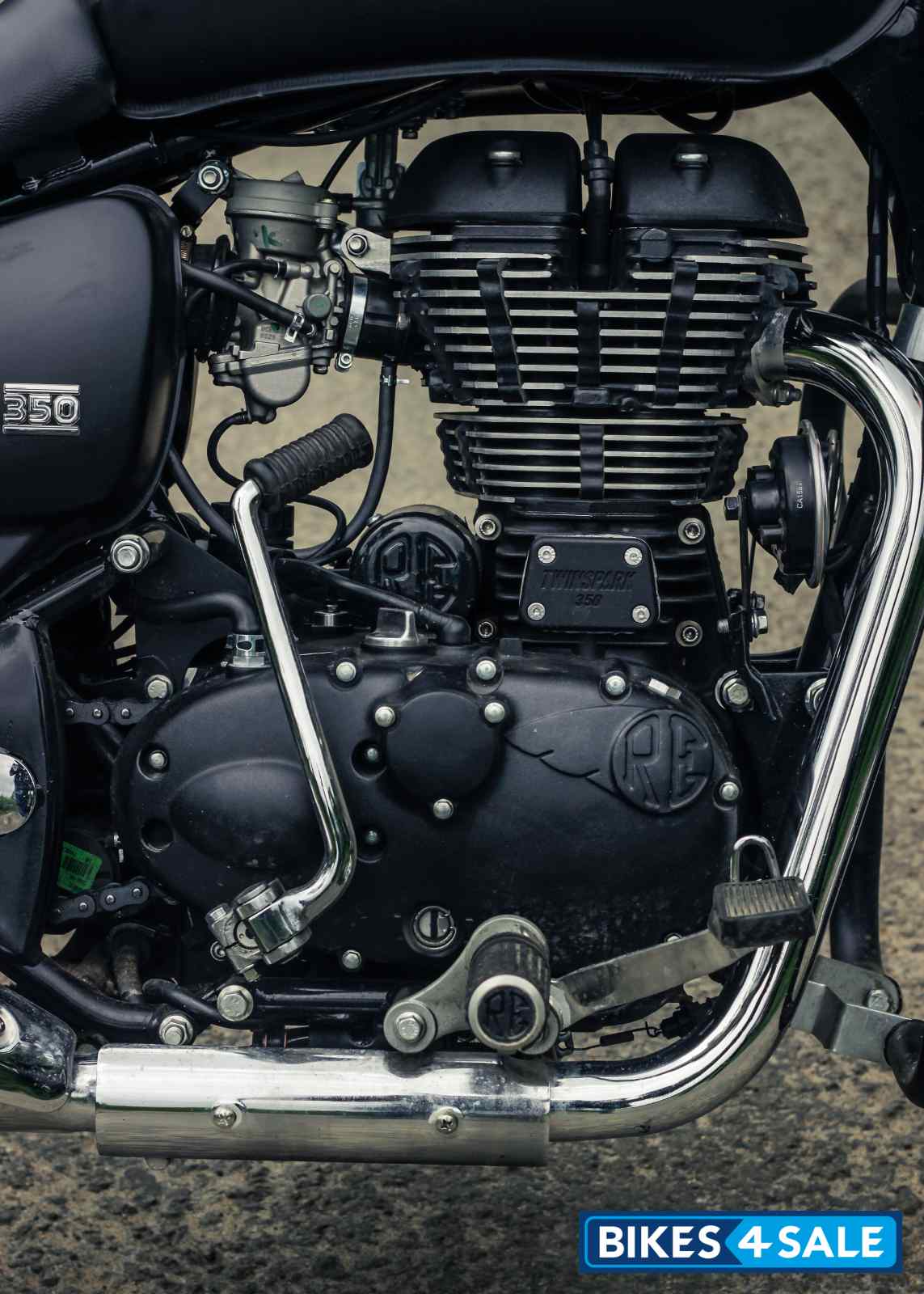 The engine is mated to a 5-Speed gearbox and top speed of the bike is claimed to be 13 kmph. The Thunderbird 350 gives out good torque and an equal amount of power to make long distance travel a very comfortable experience. The motorcycle is equally good for short commutes also. The engine is very reliable and gives out good overall mileage on long rides and short rides.

The Thunderbird 350 has a Single Downtube Frame. The frame is very rigid and gives enough stability at higher speeds. The Thunderbird 350 is one of the stable models of Royal Enfield. The front suspension of the bike comprises a 41 mm Telescopic Forks with 130 mm travel, while the rear suspension comes with Twin gas charged shock absorbers with 5-step adjustable preload having 80 mm travel. 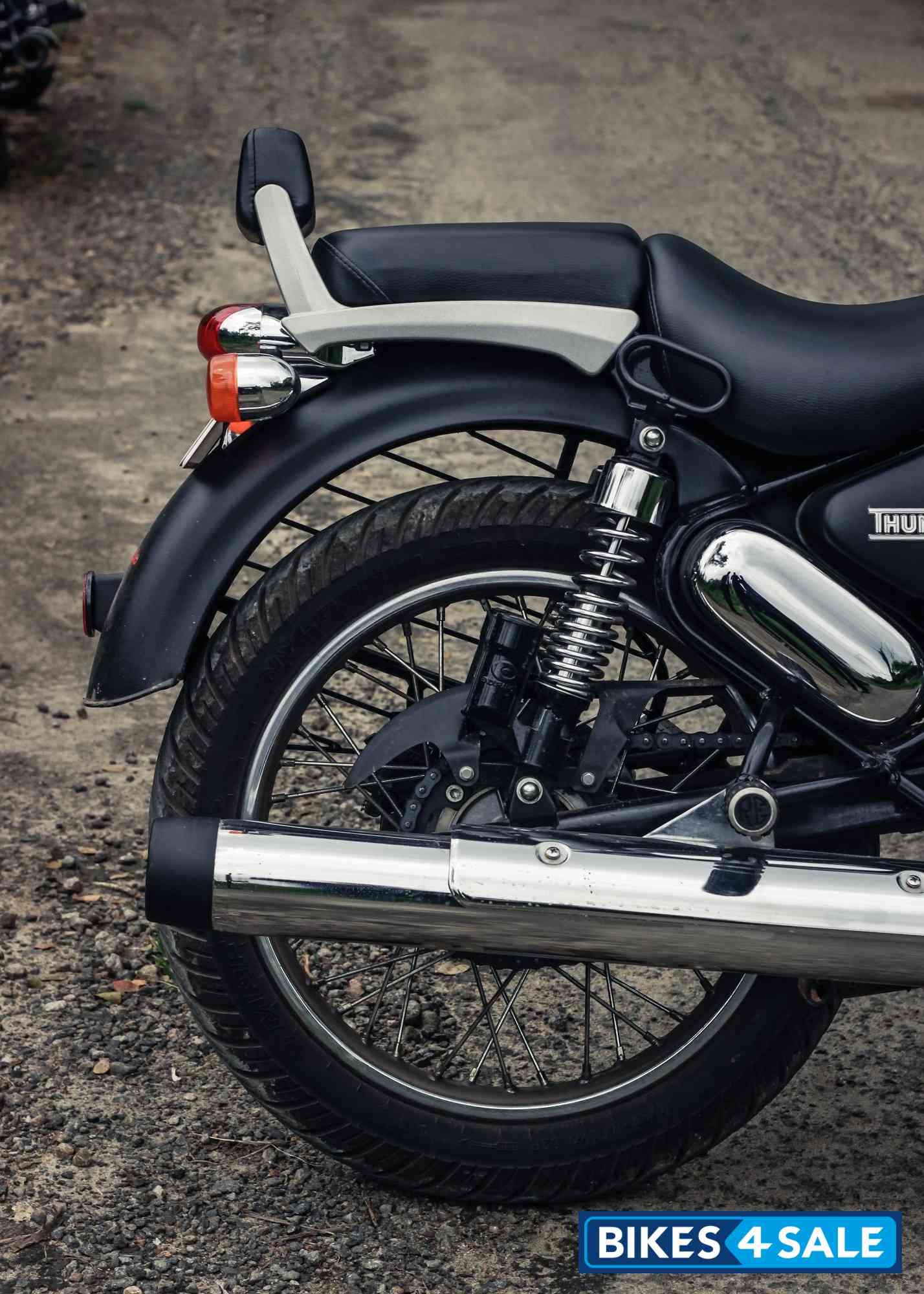 The Thunderbird 350 is a very good highway cruiser. As a typical cruiser motorcycle, it is lazy and gives out less horsepower and lacks the good power to weight ratio. This motorcycle is very overweight and is hard to tame. 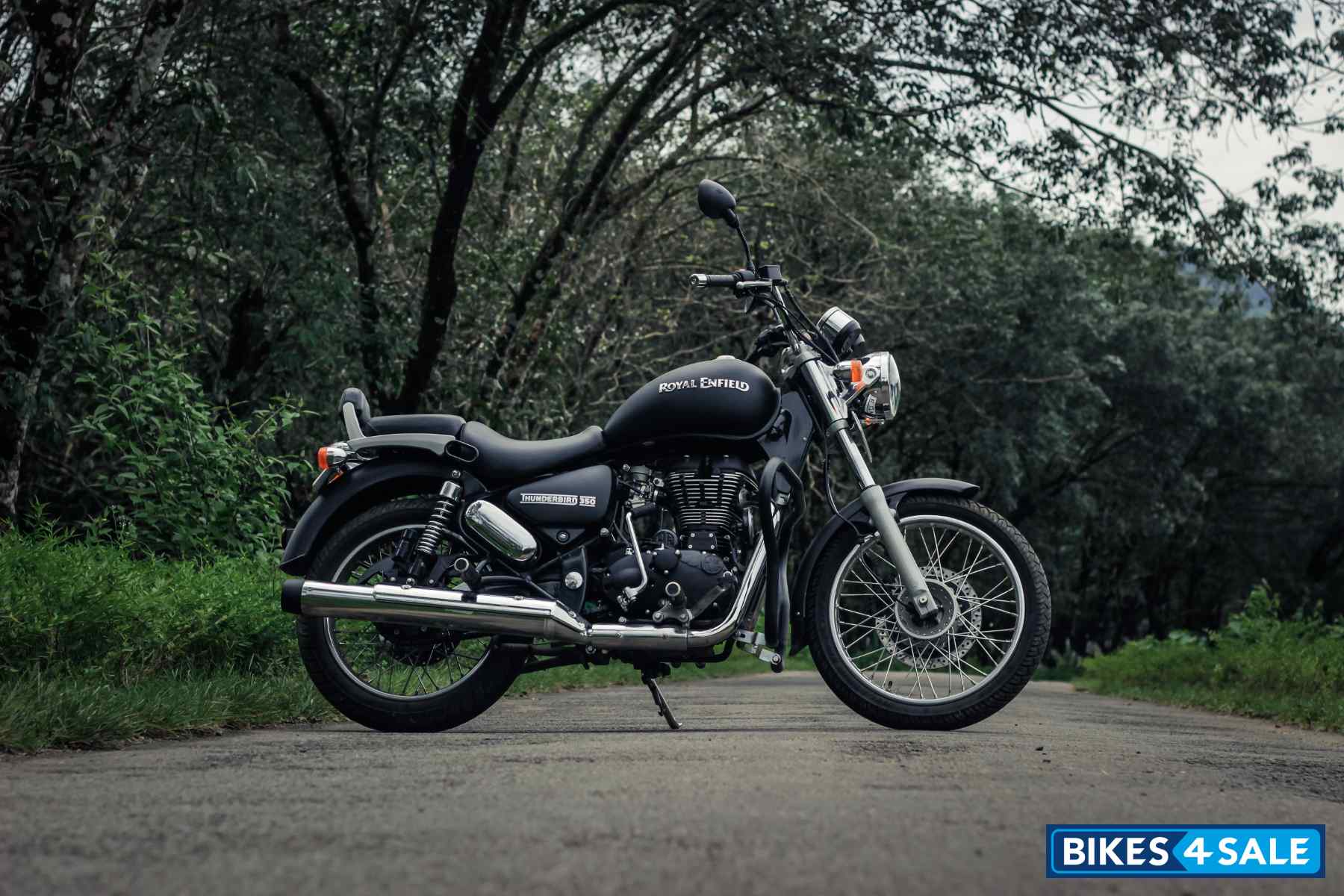 But when it comes to long-distance travel and off-road adventure, the Thunderbird 350 is very good for both the rider as well as the pillion thanks to the very comfortable seat as well as the relaxed seating position. The Thunderbird 350 attracts good maintenance when compared to other bikes, but overall it is a very motorcycle for all the needs - off-road, on-road or highway ride or short commutes. Afterall, the Thunderbird is all about the experience it gives away while on the roads than whats written on paper.
Test drive reports, reviews and news
User Reviews of Thunderbird 350. Write Your Review
Please provide your contact information
By Shanmugam Ramachandran on 19-08-2021
I love it and my wish is to buy a Royal Enfield Thunderbird
By Avinash Pandey on 10-10-2017 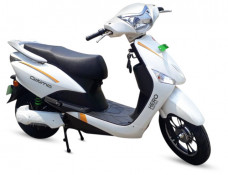 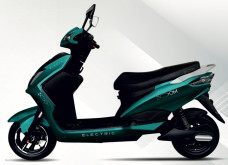 Volvo S90 B5 Inscription Petrol AT