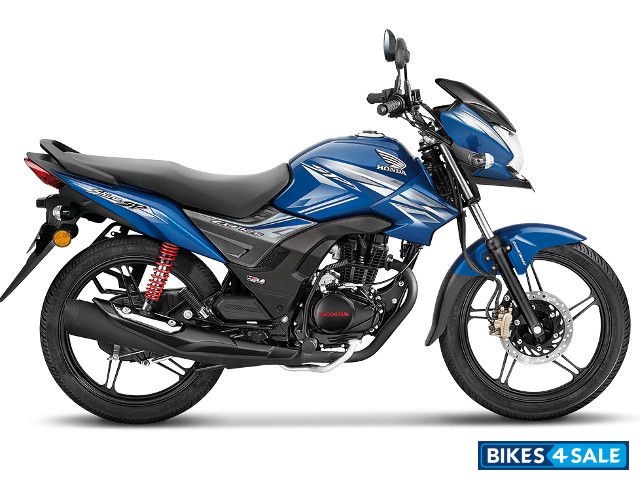 Launched in India in November 2015. CB Shine SP is not in production now. Discontinued in 2020.

CB Shine SP is a 125cc motorcycle from Honda in the same platform of Honda Shine. The Shine SP (Special) has a 5-speed gearbox, more performance and much improved fuel efficiency from the standard Shine.

Some of the notable cosmetic changes of SP are the use of a new graphics across the fuel tank, a new silver paint job on the side covers, new fairing and tail panels are some of it. This Honda features new chrome plated exhaust cover and new split wheel alloys too.

The 124.73cc, 4-stroke, air-cooled engine delivers a maximum power of 10.57 bhp @ 7500 rpm and a peak torque of 10.3 Nm @ 5500 rpm. The 5-speed gearbox with the help of chain drive, transmits the power to rear wheels. The chassis is made of a steel diamond frame which is fine example of Honda's build quality. A telescopic fork at the front and spring loaded hydraulic type suspension at the rear deals with suspension of this bike. Both the rear and front wheels features tubeless tyres with drum brakes and optional disc brake at the front. Rear brake also have an option of Honda's Combined Brake System (CBS).

Honda has stopped the production of its motorcycle CB Shine SP and hence the given price is not relevant. If you want to check the price of second hand CB Shine SP, try our Bike Valuation Tool. 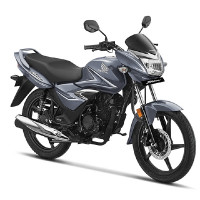 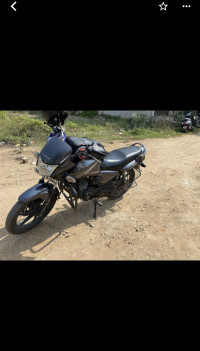 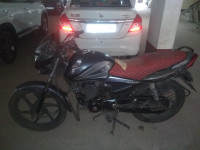 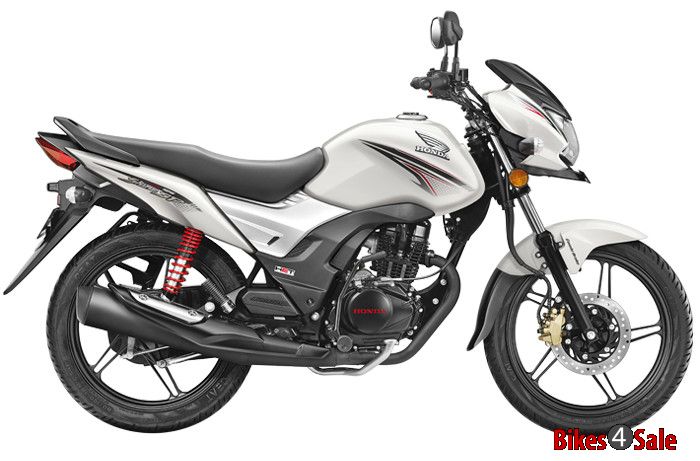 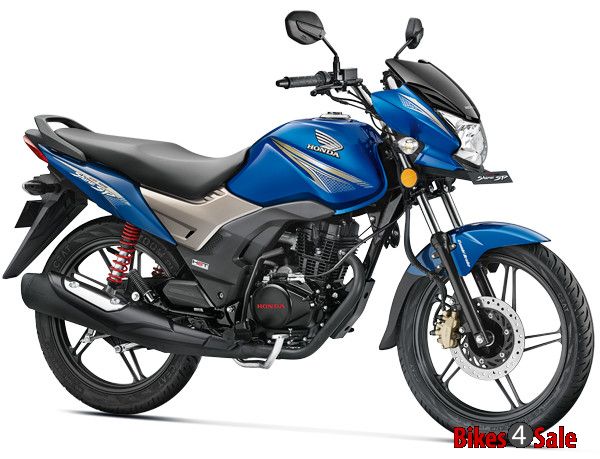 Honda introduced the CB Shine SP (Special) model in India to target the much popular commuter segment. It is similar to the existing CB Shine with the same engine but featuring a 5-speed gearbox. This 125cc motorcycle stands for its performance and reliability rather than its aesthetic values.It was launched in 2015 to add an extra flare to the current CB Shine. One of the main advantages of this two-wheeler is the refinement of Honda's engine.

Design and Features
The CB Shine SP gets brand new graphics with SP decal all over the body. It is visible over the fuel tank, fairings and rear fender. The silver painted side covers make the bike even more attractive and stylish. It gets a stylish digital-analog instrument unit which displays vivid information to the user. In addition to that, Auto Headlamp On (AHO) is another big feature in this model. 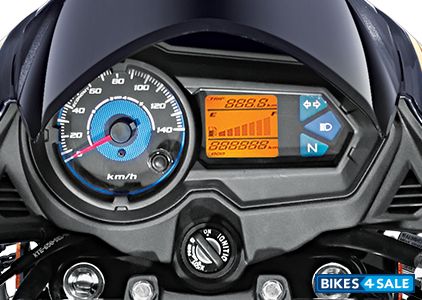 The Engine and Performance
The CB Shine SP is powered by the same 124.73cc, air-cooled mill delivering a maximum power output of 10.57 bhp @ 7500 rpm and peak torque of 10.3 Nm @ 5500 rpm. The power is being sent to the rear wheels via 5-speed gearbox with a chain drive. The SP variant gets both the kick start and electric start option. Moreover, this is a BS4 compliant engine with the fine-tuning of eco-friendly Honda Eco Technology (HET) helps in enhancing the fuel efficiency and performance of the bike.

Chassis, Suspension and Brakes
The steel diamond frame holds the engine for CB Shine SP. It is apparently the best chassis developed by the Honda bi-wheelers. For effortless braking and maximum safety, Honda employs Combined braking System (CBS) with an equalizer in the SP model. In addition to that 130 mm and optional 240 mm disc brakes at the front and 130 mm drum brakes at the rear do the braking duties. Interestingly, low rolling resistance type tyres are also used in this motorcycle which helps in improving the fuel efficiency. A telescopic fork at the front and spring loaded hydraulic type shock absorber at the rear completes the suspension system of CB Shine SP. The bike is equipped with 18-inch 80/100 tubeless tyres at both the ends. 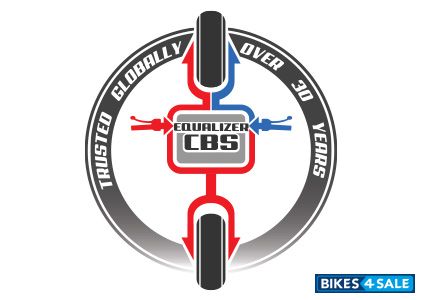 Final Words
Presently, Honda CB Shine SP is one of the best selling 125cc motorcycles in the Indian market. Without any slightest amount of hesitation, one could approach this model if you are in the market looking for a 125cc commuter bike for your day to day needs. It is available in 6 vibrant colours and new thematic graphics. 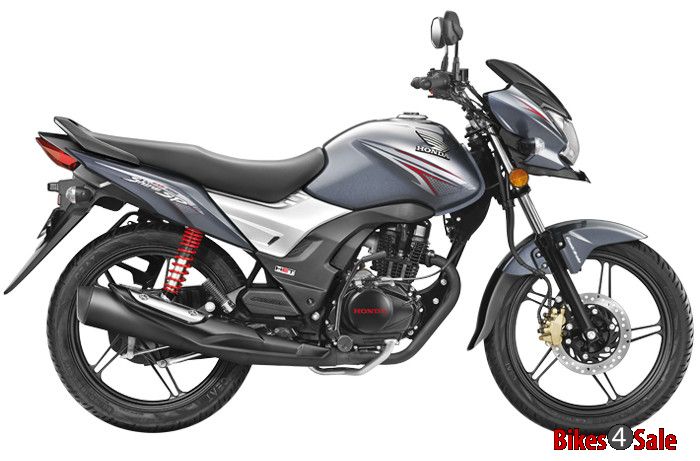 User Reviews of CB Shine SP. Write Your Review
Honda sp shine
By Hopantu Soren on 15-11-2021
Nice bike. Has a lot of good features. Since I've bought this bike, I have been feeling comfortable on this
By Atharva Kulkarni on 13-03-2018
Shifting gear down very confusng
By Puneeg on 20-02-2017
Honda shine sp is super pickup performance millage is too good. Style look comfertability super. Its look like a mini unicorn. Engine is a very smooth.its better than standard shine. Finally this bike is a value for money
By Dev on 11-02-2017
I have old shine which is the best bike in 125cc segment.And new honda cb shine sp is looking more beautiful and powerful.i love all model of honda shine
By Nayan Kumar on 09-12-2016
Nice bike but if odometer given in digital form can better
By Bharat Bhosle on 03-12-2016
Iam using cb shin , while iam driving my bike I feel,if I getsomething extra I will be more happy.... And one of those thing is 5 speed!!
By Nitheesh on 12-09-2016
Nice bike. Beutiful picture
By Mohd. Irfan on 29-04-2016
Amazing honda cb shine sp
Thanks and regards honda team
By Saheer P Valappil on 07-04-2016
I like the bike and good look, good mileage, good capacity petrol tank, so I pitches the bike thank you.
By Pankaj Kale on 11-03-2016
Why Shine sp is not available in Malegaon showroom? I want to buy it .
By Wajahat Husain on 24-02-2016
Why Shine SP is not available in Malegaon Showroom ?
By Wajahat Husain on 23-02-2016
Attractive look & good mileage.
By Subhash Saurav Tudu on 15-02-2016
Nice look and nice mileage
By Chitrangad Jaiswal on 04-02-2016
I like bike verymuch, The model of bike is very beautiful. And mileage.
By K.m.haribabu on 19-01-2016
Its so very nice look honda cb special125cc
Why your not given digital dashboard meter.
If giving digital meter very good
By Vinay on 18-01-2016