Complete details of Activa i Scooter 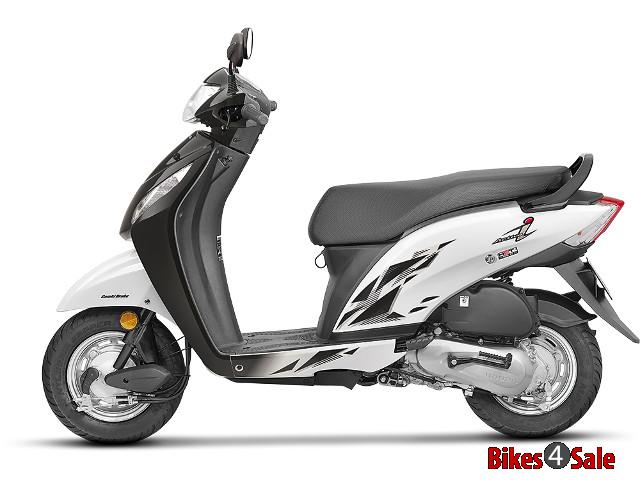 Launched in India in June 2013. Activa i is not in production now. Discontinued in 2020.

Filling up the crack, here it is the first personal compact class scooter from HMSI, the Activa i. The company launched the machine aiming the increased number of working executives and to reduce their stress through unbearable traffics. What makes the Activa i unique is its features. The scooter is equipped with Combi Brake System (CBS), which enables better braking. The most impressive specification of the Activa i is that the scooter weighs only 103 kgs, which makes the lightest scooter in this class. Moreover, it has maintenance free battery, viscous air filter, tubeless tyres, 18-litres of underseat storage, and a new instrument cluster.

The Activa i comes with the same 109cc, Air cooled, 4-stroke, Single cylinder, OHC, HET (Honda Eco Technology) engine that is used in the Dio, Activa, and the Aviator. It delivers a peak power of 8 bhp @ 7500 rpm and respectful torque of 8.74 Nm @ 5500 rpm. It is coupled with the traditional V-matic gear transmission. The scooter offers a stunning mileage of 60 kmpl.

Honda has stopped the production of its scooter Activa i and hence the given price is not relevant. If you want to check the price of second hand Activa i, try our Bike Valuation Tool.

View price in other cities
Buy on EMI
Get pre-approved loan for buying Honda Activa i. Interest rates start @ 7.99%
Book a new Scooter 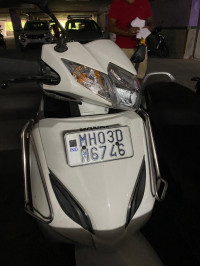 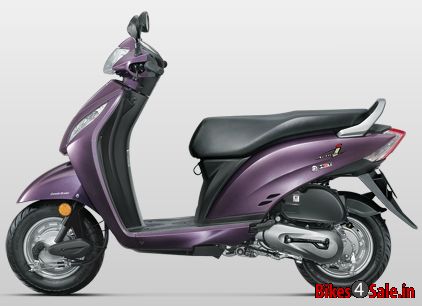 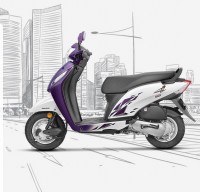 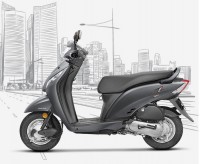 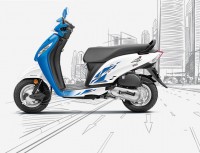 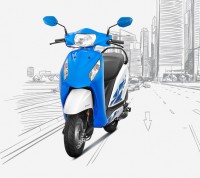 The year 2000 was said to be a revolutionary year in Indian motorcycle industry. The emergence of Honda Activa has changed whole two-wheeler culture of the country. This 110cc scooter has soon became one of the most popular motorcycle and it doesn't took much time to become the best selling scooter. Activa is still continues to be the best selling scooter and two-wheeler of the country. When Honda decided to update their Activa, it ends up with the birth of a new model called Activa-i. It is the most affordable and young looking Activa in the market. Even though it has some feminine design structure, its a unisex scooter. 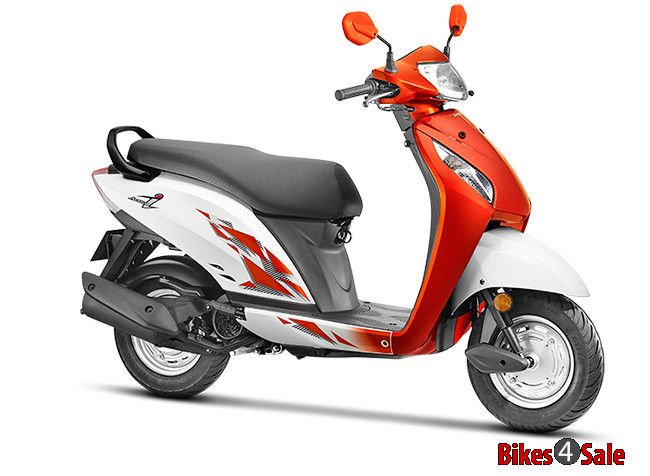 Engine and Transmission
Activa-i uses the HET(Honda Eco Technology) powered 109.2cc with CVT engine found in the latest generation of original Activa. Moreover, it is a BS-IV compliant engine. The engine delivers a maximum power of 8 bhp @ 7000 rpm and peak torque of 8.94 Nm @ 5500 rpm. Engine uses V-Matic type automatic transmission to transmit the power to wheels. It uses carburetor fuel delivery and supposed to have a mileage around 55 to 60 kmpl. 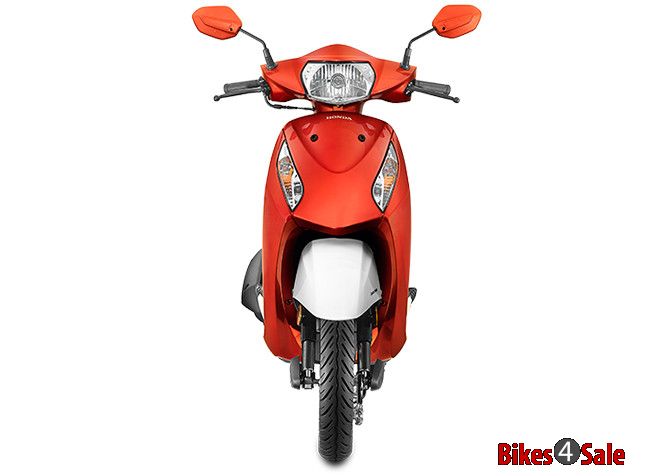 Suspension, Braking and Chassis
The scooter features spring loaded hydraulic type suspension at both the ends. This same suspension system is also found in other scooters like Dio, Activa and Aviator. 130 mm conventional drum brakes are used at both the wheels for efficient braking. On addition to that, Honda's own CBS braking with equalizer is also employed. This ensures a shorter braking distance, while equalizer helps in balancing the scooter while braking. The 2017 Activa-i features tubeless tyres, which reduce the chance of immediate deflation in case of a puncture.

The scooter is constructed around underbone type chassis, which is quiet common in the scooter segment. Altogether, the scooter weighs around 103 kg, which is 8kg lighter than Activa and measures 1795mm in length.

Design and Features
From the standard Activa, the I version looks more convenient and lighter, which makes it more women-friendly. It has some essence of the standard Activa, but it comes with a complete cosmetic makeover. The compact design of Activa-i resembles the distant relative Hero Pleasure in many stance. Unlike Honda Activa it gets a new pair of elongated turn indicators on the front body panel. New swanky headlamp and sharp edgy tail lamps are other cosmetic outfits of the vehicle. Moreover, Honda has used dual tone dazzling colors along with an outstanding body graphics. Body colored rear view mirrors are another additional feature found in the Activa-i. It is available in 5 new vibrant colors. 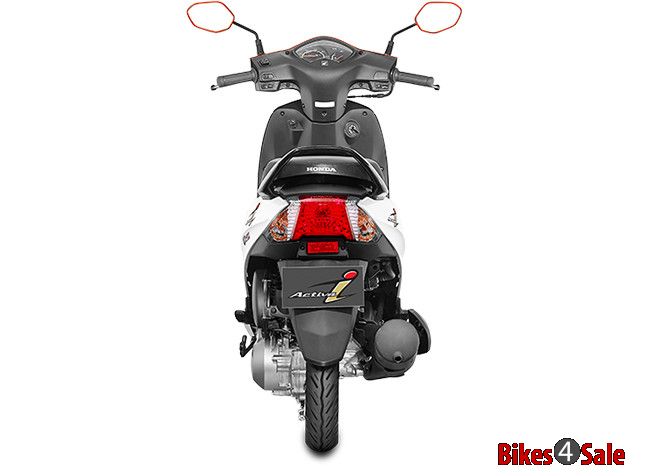 This unisex scooter bears many useful features like mobile charging socket, 18-litre of underseat storage area, maintenance free battery and CBS braking. AHO headlamps are one big addition to the latest Activa-i. The court has made AHO lamps as mandatory for all two-wheelers in the country.

Conclusion
Activa-i has more upright riding position, which is suitable enough for more relaxed commuting. Honda claims it as a unisex scooter, but more or less it would be a perfect gear-less commuter for ladies. It is much quicker and agile than the elder sibling as it weighs less. With the introduction of Activa-i on the Indian soil, Honda has expanded the Activa market to much more wider audience. Therefore, it is a real competitor for the much thrived Hero Pleasure.
Test drive reports, reviews and news
User Reviews of Activa i. Write Your Review
Tuvan ground..lalitpur
By Satish Jain on 02-11-2016
i want purchse online
By Mani on 09-04-2016
i want to purchase online
By Nidhi on 05-01-2016
Looks like Hero Honda Pleasure scooter. Why don't they comeup with something new. Honda disappoints again. No good looking scooters or motorcycles for Indian consumers. Learn something from Yamaha.
By Neil on 12-06-2013
Seems like the Activa i is a great scooter from Honda. Still, Honda needs to launch a 125cc scooter like Suzuki Access 125.
By Yogesh on 12-06-2013