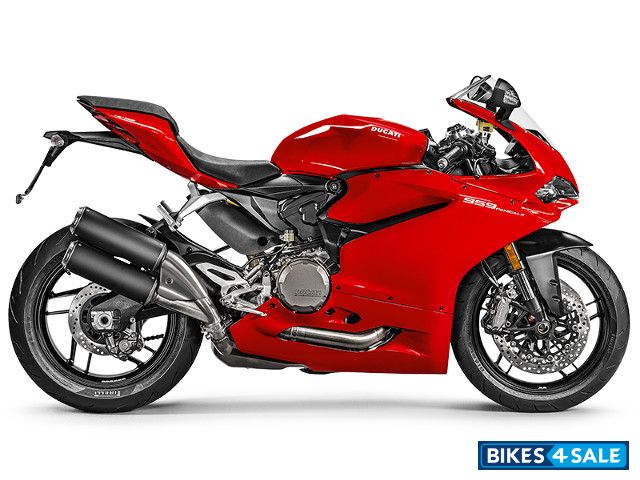 Launched at the 2016 India Bike Week, Superbike Panigale 959 is Ducati's best selling mid-range sports bike. It is inspired from one of the highly rated premium sports bike, Panigale 1299. It is built on an improved chassis, integrated with aluminum monocoque frame on which engine is mounted as a structural element.

Similar to the Panigale 1299, the fairing of 959 gets an LED lamp and a larger air intake with new windshield on the top. 959 uses twin cylinder 955 cc Superquadro liquid-cooled engine, capable of producing 157 bhp and 107 Nm of torque. Mitsubishi electronic fuel injection system is used in this motorcycle. Ducati offers; race, sport and wet riding modes for the 959. Moreover the usual electronic packages like ABS, traction control, quick shift, ride-by-wire throttle is also deployed in this super bike. This 955 cc engine transmits power using a 6 speed manual gear box with Ducati Quick Shift mechanism.

Book a Test Drive through Bikes4Sale and we will try to get you the best offer for Ducati Superbike 959 Panigale. 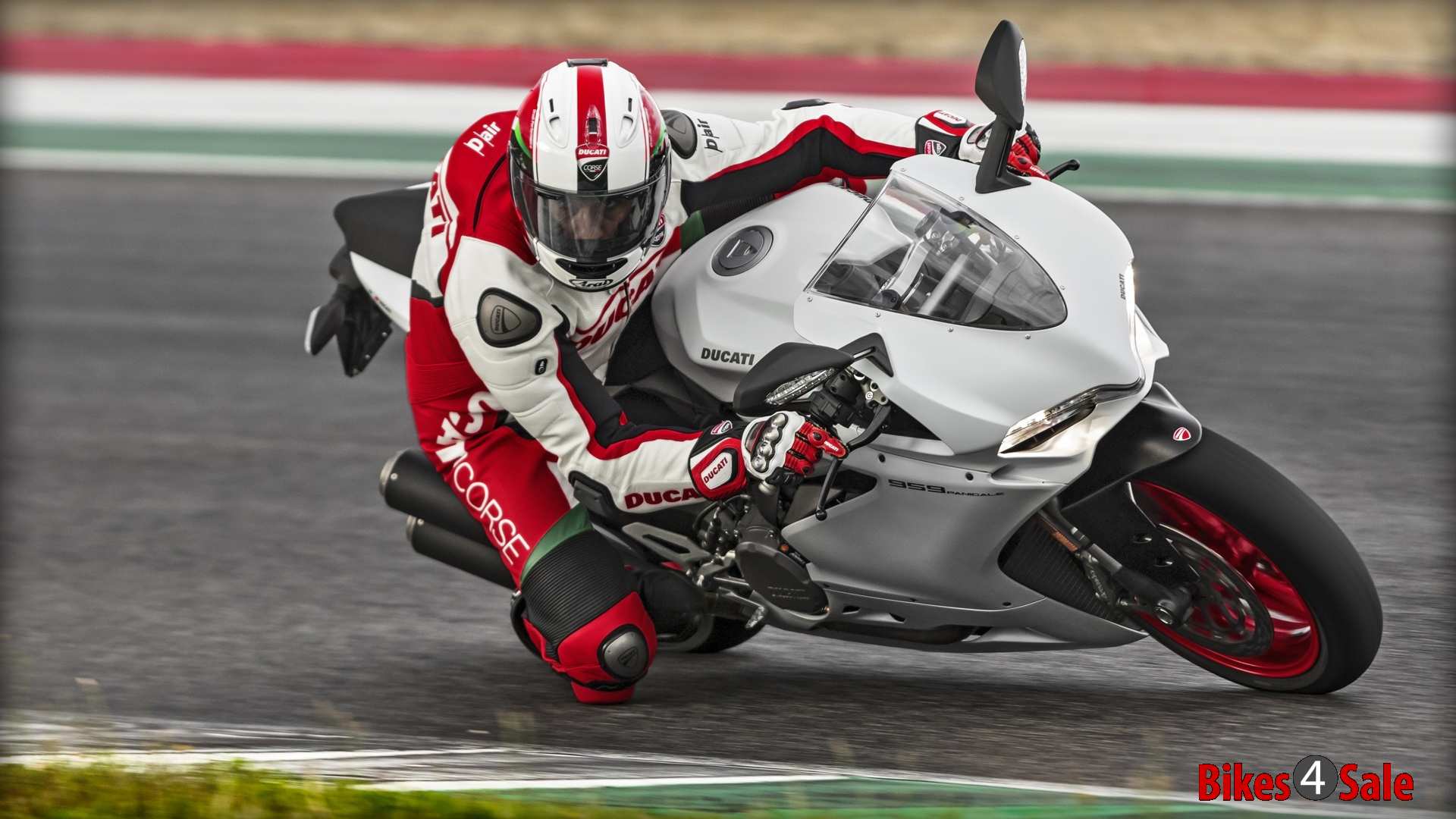 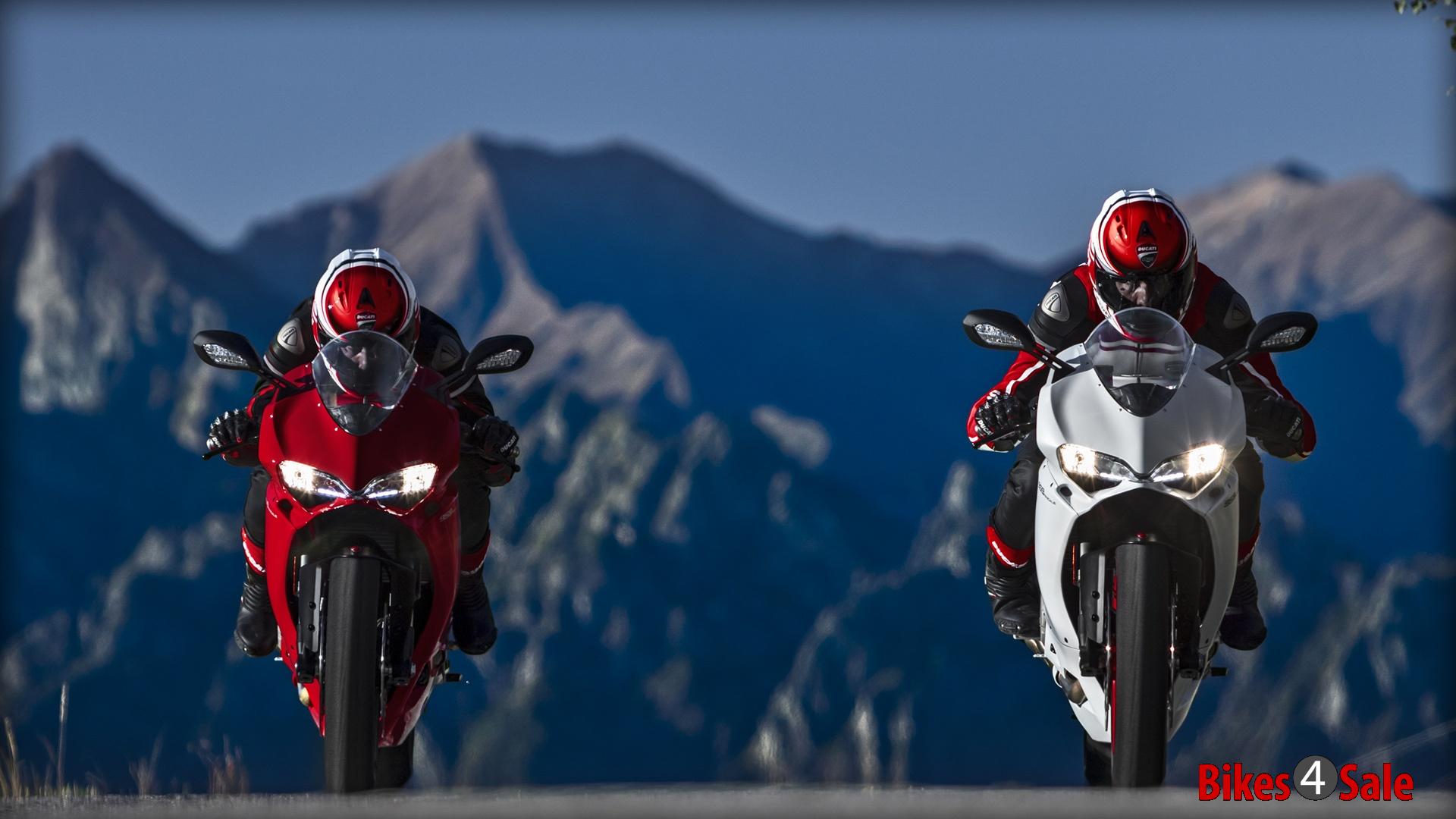 The Panigale 959 is the younger sibling from the Panigale Family and is also one the best selling mid-range sports bike from Ducati. The Design and making of the Superbike Panigale 959 are drawn from taking inspiration from its elder sibling, Panigale 1299.

Ducati has given the Panigale 959 an almost identical design characteristic that resonates with the Panigale 1299. The front fairing, LED lamp and new windshield leave this design similarity. The Bikes comes modern technologies like the Riding Modes, Power Modes, ABS, DTC, DQS, EBC, Fully RbW, Steering damper as a standard equipment. 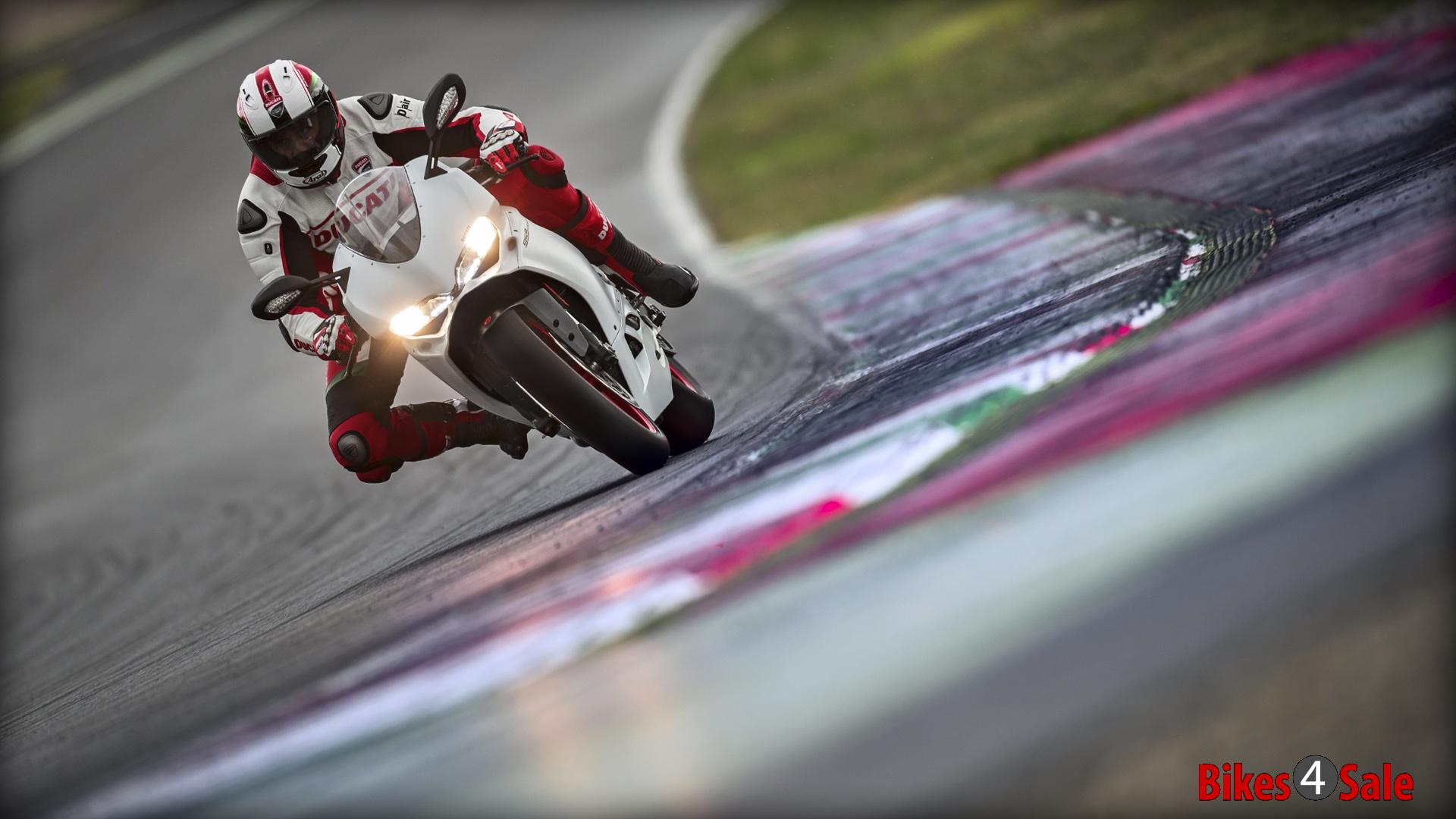 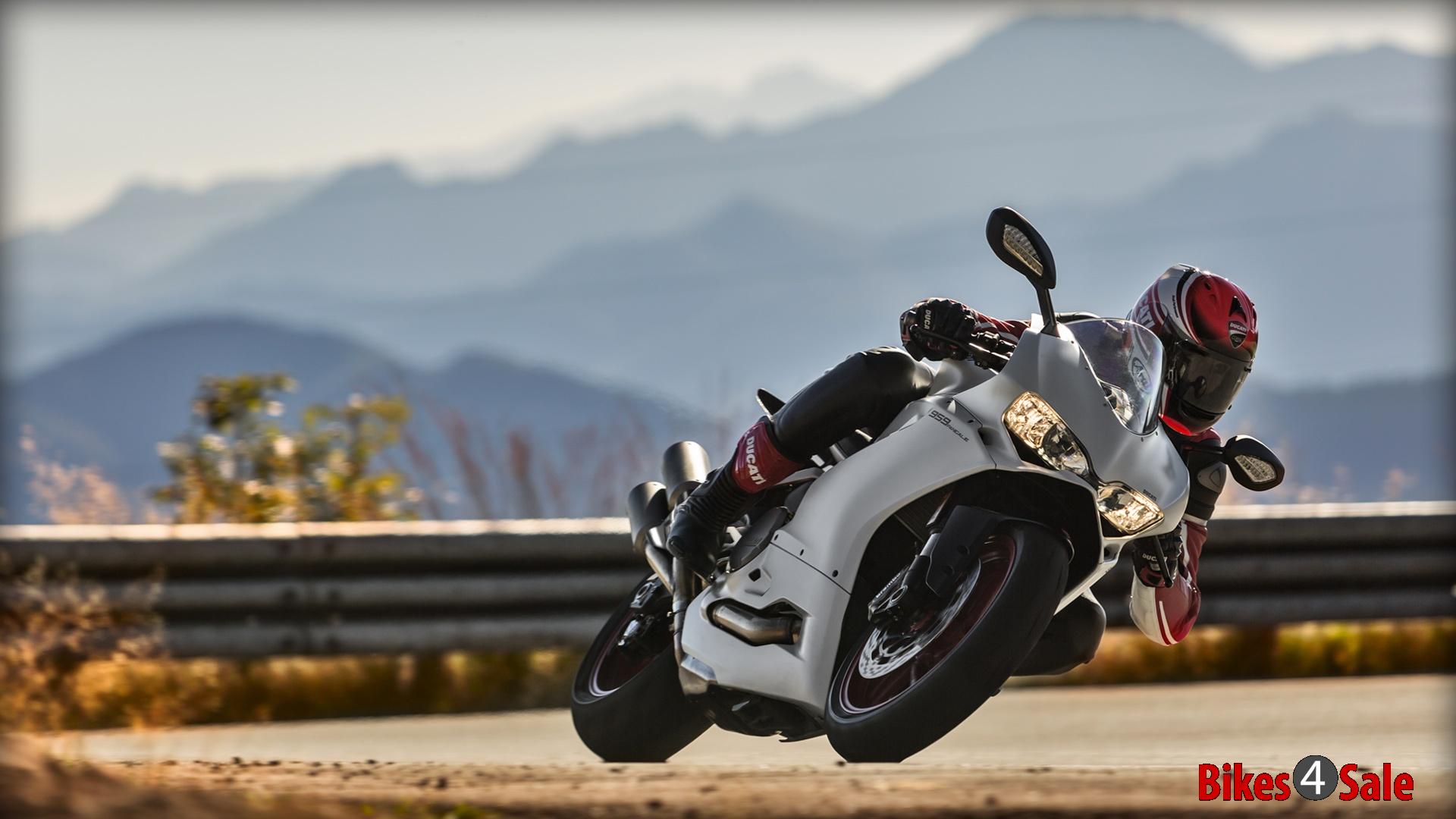 The new engine made for the 959 is very smooth while riding at top speeds and reaches quick speeds figures with the help of riding modes with good exhilaration.The rider can switch between riding modes, race and wet to accommodate to the type of road he engages.

The Panigale 959 uses a Monocoque Aluminium frame, which allows the air to pass through the centre of the motorcycle and helps in cooling the engine down to optimal temperature and this increases the performance of the bike. The braking system of the Panigale is very outstanding with the 2 x 320mm semi-floating discs, radially mounted Brembo Monobloc M4.32 4-piston callipers ABS as standard equipment at the front and a 245mm disc, 2-piston calliper ABS as standard equipment at the rear provides good handling and controllability while on track and as well as on road. 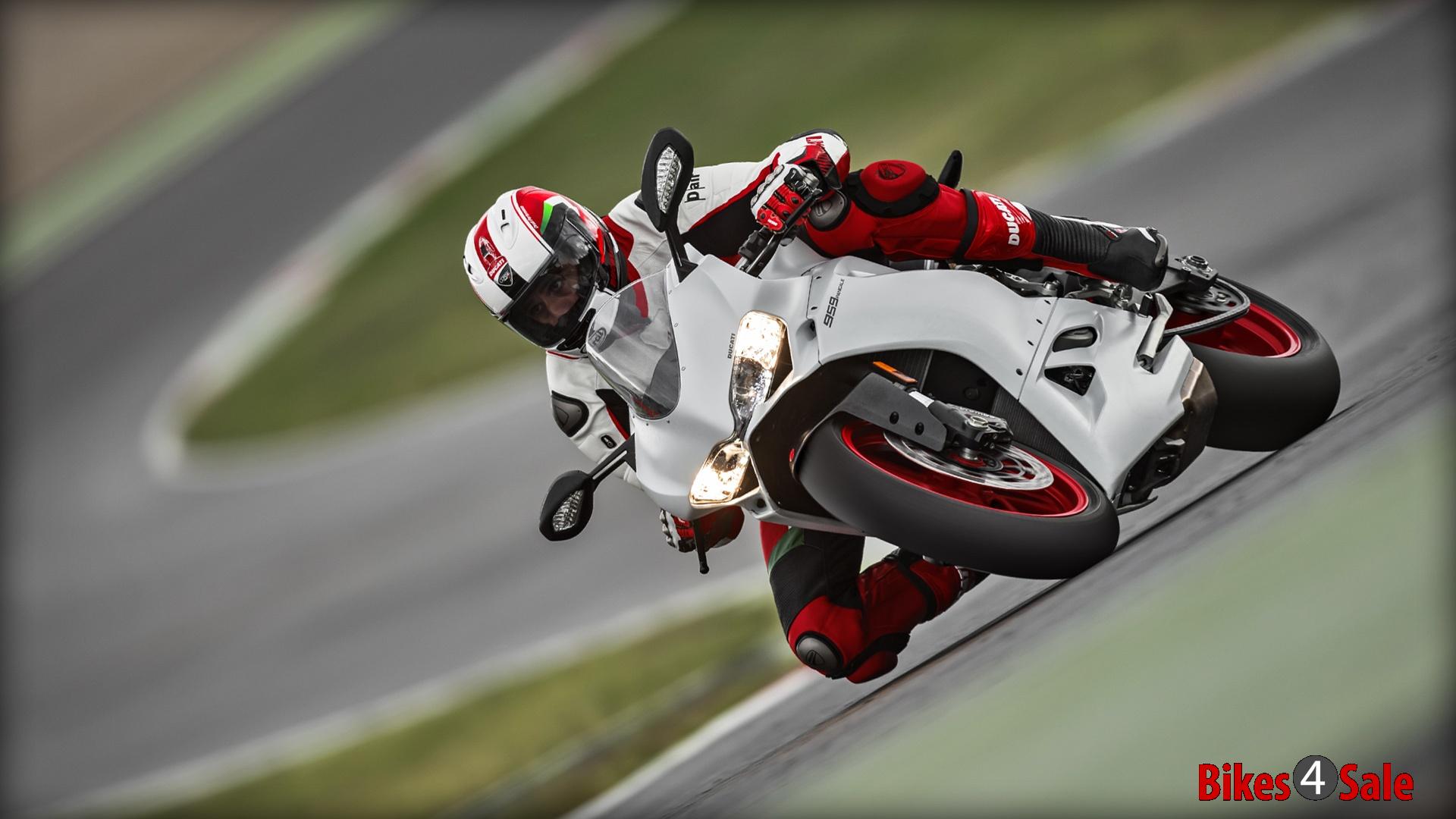 The Superbike Panigale 959 is a good upgrade over the previous with the new Superquadro engine, the 955cc engine sure does the magic while on track and more. The engineers back at Ducati really deserves the praise to make this sports bike worth more beyond than what it states on paper. The Ducati Panigale 959 is a mean machine that has the capacity to show whats it made for once when it touches the track ground.