How to fight rust on bikes?

You might be religiously cleaning your respective bikes every weekend and devoting that extra time to keep your bike new and sparkling shiny. Bike lovers generally have a sentimental value attached to their bike and why not? Your bike is a true companion in more than one way. Obviously, all the bike owners aim to keep their precious vehicles away from any harm and one of the worrying factor is rust especially with monsoons round the corner. Riding in rains can result in rusting of bike parts, but a few cautious measures can solve your problem of rusting with ease.

How does your bike rust?
The metal areas of your bike start developing rust easily if the vehicle is sheltered in the rain for long periods of time. More often than not, the process of rusting can get activated even if you are not using the bike frequently or your bike is unused for a long time while you were out of station. Excess moisture can also be the reason especially if you ignore to pat dry your vehicle after a regular house wash. The winter and rainy seasons can just add to your rust woes but a few precautions can save your bike from rusting. 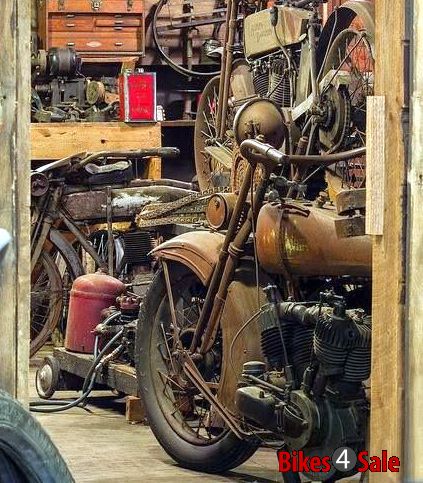 - The first simple and easy way to keep your bike away from rust is to cover the vehicle properly to ensure that there is no damage whatsoever done to the bike never mind whichever be the season.

- The chain, bracket, wheels, exhaust and engine are highly exposed to rust. So keep them always a little greasy that will always prevent the rust formation. In general, the metal parts should be taken care of first than the rest.

- If your bike has already got rusted, then the first thing to do is to smoothly remove the flakes of the rust and then you can use the Sandblasting method to get rid off the rust accumulated on the metal parts, and it is the tested, tried and the most efficient way of rust removal.

- Rubbing the rusted metal surface with a wired brush and/or sandpaper will also help you to clean away the flakes of rust from metal surfaces.

- An acid wash can be the simplest way of rust removal but the chemical solution you use could prove dangerous to your bike so follow all the precautions while using such a product. Still better, take it to your trusted bike mechanic who could advice on that.

- Organic rust converters are another useful means of removing rust; they help to fight the rust developed on the surface by creating a thin layer which in turn protects the rust prone parts from the formation of any rust.

The golden rule thus remains-prevention is better than cure! Application of a good WD-40 on the metal parts of the bike will protect your bike from rusting. Safe driving in the monsoons!
Written by Harikumar Varma.
Last updated on 12-01-2017. Published on 02-06-2009.

Published by Bikes4Sale in category Tips
Latest Comments. Share Your Opinion
Really useful
By Vijaykishen on 19-06-2009
Informed read! Will adopt some tips and let you know if it works :)
By Kumar on 06-06-2009
New Electric Bikes & Scooters