The Bullet Classic 500 and Bullet Classic 350 have been iconic cruisers from the Royal Enfield stable and it will be no exaggeration to say that the bikes continue to enjoy 'owner's pride - neighbor's envy' status notwithstanding their reliable performance and equally amazing looks. Given a chance even Bollywood beauty wouldn't miss a chance of riding the hottest of the bikes. 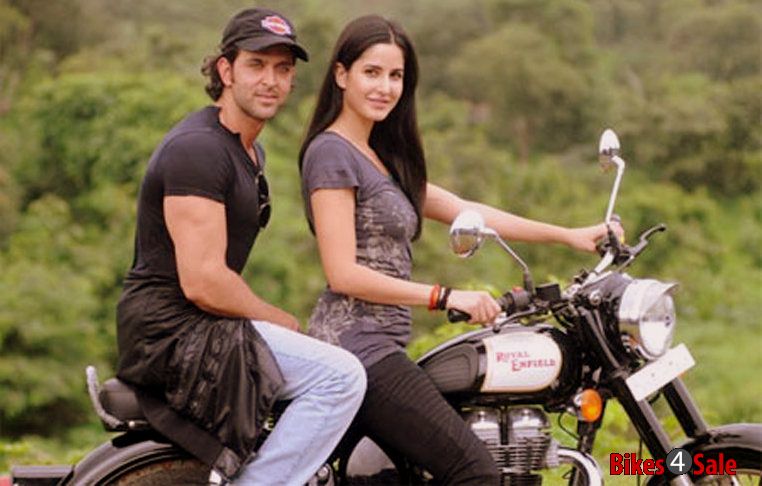 According to official reports from the tinsel town the babe rode Royal Enfield Bullet Classic 500 to justify her role in upcoming film (still on sets) 'Zindagi Na Milegi Dobara.'

Apparently, Katrina rode the Royal Enfield Bullet Classic 500 on the roads of Spain for some song sequences (no idea if the diva has done some stunting too on the bike). Post Katrina's bike antics, auto analysts in India say that the stardom could well benefit the Royal Enfield brand bikes, and some of them opine that the Katrina's act could trigger off the latent biking enthusiasm among the weaker sex (for lack of better word) in India. Although sporadically we do spot biker women in India, most of the bikers I have seen were on Pulsar and no one so far on a 350 pound cruiser.

With all that being said the Bollywood diva reiterated that she would always comply with the traffic rules and would wear a helmet if she has to ride a bike in the coming future.

Beauty on beast, that's what we can best describe this picture. Feast to your eyeballs..Enjoy!