When an object is referred to as being green, the following usually comes to mind: safety, peace and subtle look. These attributes are true for the Kawasaki Ninja 250R. It is difficult to get harmed with the bike since its design is aimed at providing maximum protection to its rider. The Kawasaki Ninja 250 R comes in the green color to proclaim the benefits of owning it.

Why Kawasaki Ninja 250R
Kawasaki Ninja 250 R has many credits to it: With 26 years of legacy this is the entry level racing bike. The Ninja 250 is also the best selling 250cc bike in the world. Very unfortunate that Indians had to wait ages to own this piece of machine; now enough of those one-cylindered engines that struggle to deliver power through their plastic bodies with names like? Well you know them all. Forget about all of them and forgive them when the green Ninja is around. Two cylinders, a name you can feel proud to own and the sporty steel frame you have only watched on screen and what more the international devil finally after long due was launched.

The bike works according to its program when the key is inserted. The power is released once the ignition is started. The superb power of the bike makes it ready and able to accomplish great tasks that cannot be ordinarily completed by other bikes. In short, The Kawasaki Ninja 250 R is a good solution to those who have the need for a super bike.

The seat of the bike is designed with a special touch to optimize relaxation. The bike's throttle also gives a desired output when pinned to red line. The bike is very suitable for Indian roads thereby making it very satisfactory for commuters. Riding with the first gear alone gives a very satisfactory result. New bike riders or learners can be very safe on the Kawasaki Ninja 250 R because it is very easy to handle. In addition to these, its seats are designed by experts who have it in mind to promote good sitting posture. The bike's high power makes it suitable to cover great distances in no time, thereby making it possible to meet emergencies and urgent meetings. Nevertheless, the bike's ability to save money makes it worth considering amongst the other brands in the automobile industry. 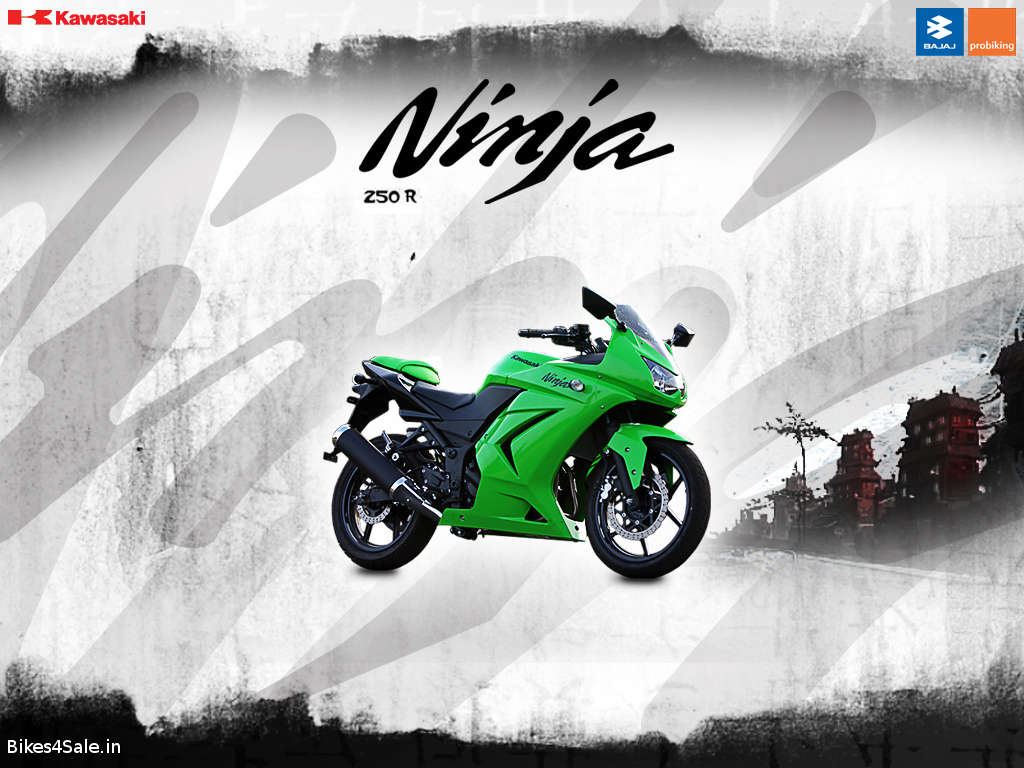 The Kawasaki Ninja 250 R is an economy sports bike. This feature is supported by the high speed its engine produces. The machine is able to produce more speed when all the 6 gears are combined. It is however advisable to use the six gears only if there is no traffic. Using only the first gear can produce a speed of 60kmph while combining only three gears will give a speed of 100kmph. If 100kmph isn't good enough for the rider, then the five gears can be used to produce a speed of 150kmph. A rider can have complete grip of the tarmac because of its combination with some circular rubber chunks.

A speed of 100kmph can be reached in less than 7 seconds with The Kawasaki Ninja 250 R unlike most other Indian bikes. As a matter of fact, The Kawasaki Ninja 250 R is the fastest Indian bike, having the capability of reaching the speed of 175kmph. In addition to these peculiarities, auto junkies say that the bike is simple, easy and cheap to maintain (how cheap??). Knee bending turns and a power of 32bhp make it easy to maneuver during sports. Apart from the engine and other internal components, the shape of the bike is unbeatably alluring.

Why deny the Kawasaki Ninja 250R
However, there are few negative reviews about the bike. The first is about the instrumentation. There are comments that although the instrumentation of the bike is very satisfactory, it should be inclined to modern technology. This in other words means that the instrumentation is not yet perfect. Well, it is possible that the manufacturers are now taking this into consideration. Secondly, the bike does not have a fuel meter to tell the exact quantity of the fuel at any particular time. But this is not a problem since the bike has a blinker for warning when the bike's fuel quantity is remaining little. Then the cost of the bike is another huge let down. It maybe irrational to say like this but when a 150cc bike comes for Rs. 80k a 250cc bike should be in the 1.5 lakhs range and 3.15 lakhs on road Mumbai is a little high on the asking. And finally coming to its maintenance, it's going to be the biggest headache to the owner post buying the Ninja.

Final word
All said you may have to fork out some money to get hands on the head turner and get yourself too noticed on the green and let everyone go green eyed, for it is one of the fastest wheels an Indian biker can dream to own.

Published by Bikes4Sale in category Reviews
Latest Comments. Share Your Opinion
is it very hard to maintain this bike cant this b repaired at any garage
By Abdul Sattar on 26-05-2012
Add Your Comment
Low Interest Bike Loan