What is the difference between power and torque of a motorcycle?

The power and torque are the two terminologies that we often use, read or hear while buying a bike but many of us might not be in a position to give a clear cut difference between the two or rather will not be able to explain as to what is power and what is torque?

Torque and power basically give you the idea of the engine performance of the bikes. Bike experts might give you the most technical definition that will go over the head of a layman. Let us try and understand the terms in simply language. And even for people who got tired of browsing the net for simple definitions but had to go through laborious technical explanations without understanding a thing by the end of it.

Simply put, horsepower is the amount of work done in a given amount of time, while torque is measurement of force eluding the time element and is a component of horsepower. Even put simpler, torque will get the bike moving and power will keep the bike moving. The torque of the engine dictates acceleration of the vehicle and the maximum speed is controlled or governed by power; it's a combination of torque as well as rpm. To make it clear, an engine that produces little torque at crankshaft can still produce decent power if it revs high

- The first thing to know about torque and power is that they are used in connection with the engine rather their main purpose is to give us the details of the engine performance. The acceleration or what is most commonly called pick-up depends greatly on the power and torque. Power and torque are the responsible factors for the pick up of bike.

- The power has a huge impact on the acceleration especially when the engine runs at a high speed.

- Whereas the torque also helps in acceleration but when the bike has to move from a standstill stage or when it has to pull extra load. So this happens when the engine speed is lower.

- To put the differences between the two in a clearer perspective; torque initiates the engine to perform the work of a moving bike and the power quickens the work of the bike by pulling the weight behind you efficiently.

While you are buying a bike the power and torque specifications will give you a fair idea as to what kind of bike you want. If you are looking for sporty bikes then the power of the bike will fulfil the requirement and for people who ride with a pillion rider often, the bike that gives better torque out put is a good option. Let the truth be known, a engine with low revs yet high torque bike will have accessible power very good for the street and makes a great sense practically than those high-strung, high-revving race bike. 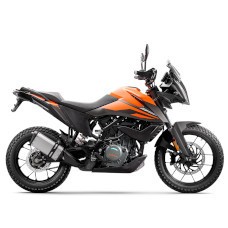