Storing your bike when it is not in use

You are an awesome rider, there can't be a doubt on that, but then pushing your machine to a corner and leaving it doesn't quite tell that you are a good rider. Why should the bike obey your commands when you start it after 3 or 4 months? It follows rules; wouldn't run.

Good riders will love their bikes and see that they work for them! Check out what good riders do! 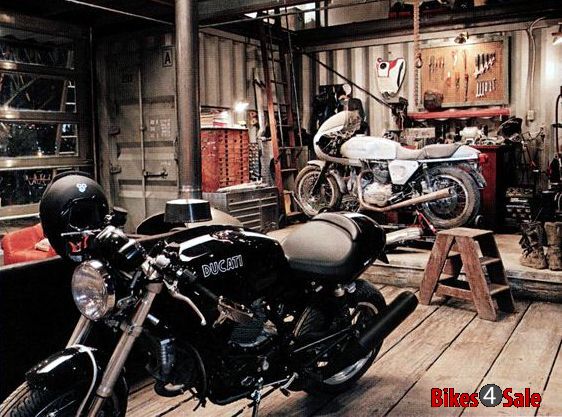 Simple bike necessities- the bare minimum things any bike rider must do
First off, petrol doesn't have a long shelf life; it destabilizes pretty fast. When you run your bike infrequently make sure you add petrol stabilizer which is an oxidation-reduction product to extend the shelf life of petrol. So add the stabilizer and run the engine for sometime; long enough so it gets even through the injectors or the carbs which dry up when the bike is not in use.

Then, fill up the petrol tank to full with petrol stabilizer in it or drain off the tank and spray the tank inside with petrol-soluble oil to prevent the tank from rusting.

Drain off the petrol from the carbs.

Remove the battery, check water level and if need be add some distilled water. Clean outside of the battery, the box as well taking water and baking soda. Then, full charge the battery. Make sure you are doing this once in every month, until you know you are on it again and riding.

If you are a hooker to your bike, you could do more
Clean/wash and polish your bike.

Remove the sparkplug and drop a lidful of engine oil into the sparkplug hole. And, run the engine and see that the oil put in is distributed around engine cylinder(s) before the sparkplug is put back in place. Ground the sparkplug wires as you do this, to ensure the ignition system of the bike is being protected. Then install the sparkplug.

Take a bike cover that breathes and cover your bike to keep it off dust and moisture. Plastic ones that do not breathe actually can trap humidity and result in rusting.

If you are obsessed by your bike you could do even more
Before you put engine oil into the cylinder(s) put a water-displacing oil to dry the cylinder(s).

Preserve the plastic and rubber parts of your bike using a preservative.

As you change the oil in radiator, you might want to use distilled water and an anti freeze too.

Use the recommended brake and clutch oil for you bike. Never go for the cheapie stuff. Of course, you wouldn't!

Even if it asks some expense from your part, buy a trickle charger for your battery, because it charges only to optimum and shuts off once the battery is charged.

Even aluminium wears, so applying spray wax on the aluminium surfaces would be just great.

Rest the bike in a dry room where there is no harsh sunlight. Sunlight can actually fade away the bike color.

Make sure you turn the engine on once in a while say once in a month, so the parts get lubed.

So are you at least giving your bike the bare necessities?