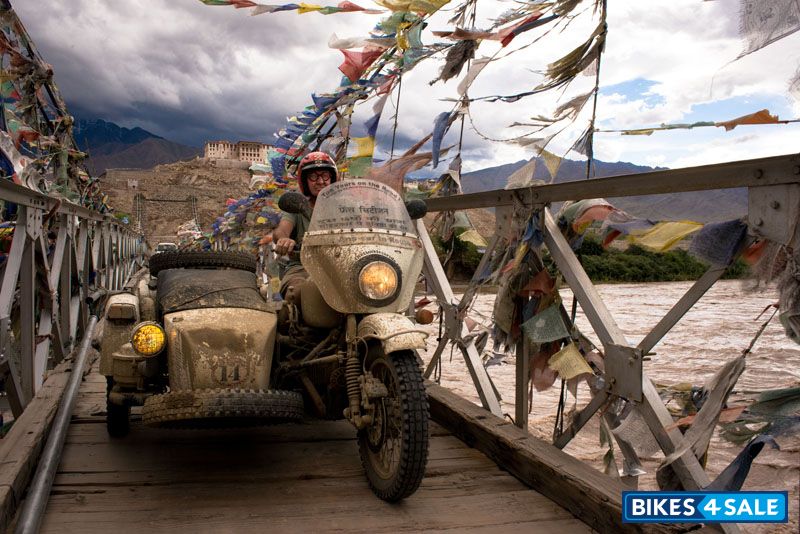 The IMZ-Ural, the shortened form of Irbit Motorcycle Factory is a Russian heavy duty sidecar motorcycle maker headquartered in Moscow. They started their venture from 1941, by making their first model called M-72 after acquiring the technology from BMW R71. The Ural sidecar motorcycles are the world's oldest sidecar manufacturers who have a long rooted history and its origin is linked to developments in the World War II.

The Origin
During the time of World War II, it was a difficult task for the ground army to transport supplies in the harsh and unforgiving terrain of the Russia. Moreover, the climatic conditions too were hostile for transportation. The motorcycles that used up for the purpose was not satisfactory and became incapable due to the outdated technology and utility. However, a long research for a better vehicle finally reached the BMW R71 motorcycle, which was provided by Nazi Germany to the Russians after signing the non-aggression pact in 1939. After purchasing few models, the Soviet Engineers dismantled every piece of the BMW to reverse engineered the model to produce moulds and dies to reproduce the engine and gearbox within the country. With that, they can manufacture the motorcycle on their own land to satisfy the requirements of Russian Red Army. 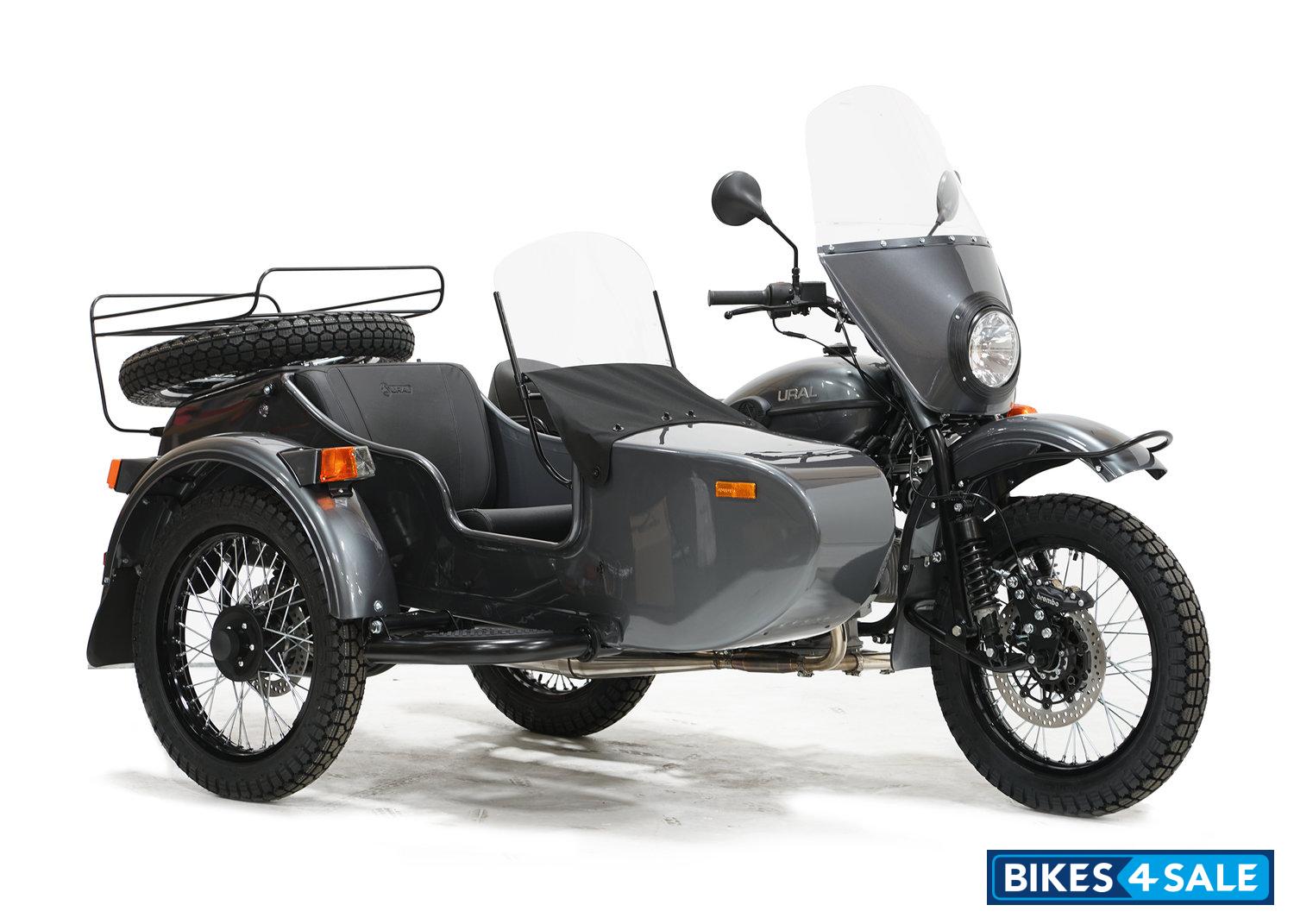 When the production of M-72 escalated, a new factory was established in Moscow with a capacity of producing hundreds of M-72 sidecar motorcycles. However, the Russians were forced to shift the manufacturing plant to the town of Irbit, situated in the Ural mountain region due to the threats from World War II. 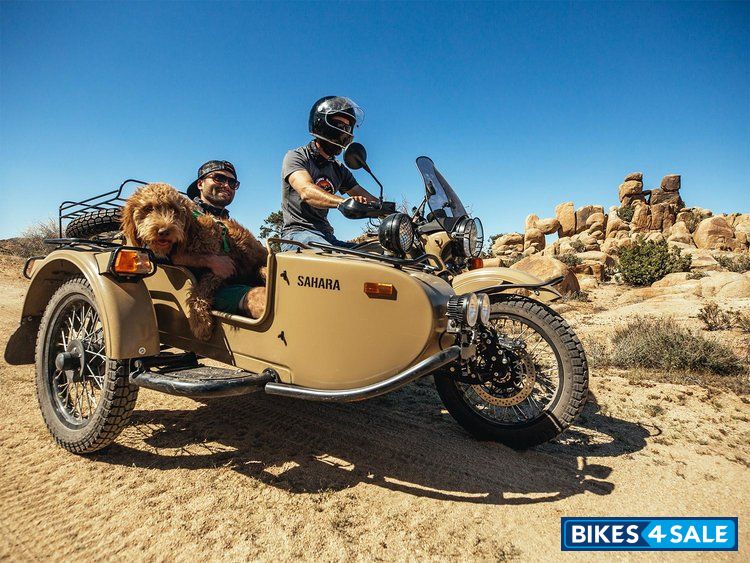 The Ural range of motorcycles is powered by a 749cc OHV air cooled 2-cylinder, 4-stroke “boxer” (flat twin) engine with powerful low-end torque to meet the steering demands of a steel side car. The mill delivers a maximum power of 41 bhp @ 5500 rpm and peak torque of 42 Nm @ 4300 rpm. It uses advanced electronic fuel injection system found in the modern day motorcycles. Moreover, every motorcycle is fitted with an extra reverse gear in addition to the 4-manual gears. The reverse gear can be engaged using a foot pedal positioned towards the right of the brake pedal. It uses 40mm Marzocchi telescopic fork upfront and double sided swing-arm with two Sachs hydraulic spring shock absorbers at the rear. The braking duties are handled by 4-piston fixed Brembo caliper with 295mm floating NG rotor at the front and HB big bore single piston integrated floating caliper with 256mm fixed NG rotor at the rear. Furthermore, the side car gets single sided swing-arm with Sachs hydraulic spring shock absorber and 2-piston fixed Brembo caliper with 245mm floating NG rotor as the brake. It carries a massive 20.8 litre fuel tank and the vehicle is expected to deliver a maximum mileage of 15 kmpl offering long distance rides. 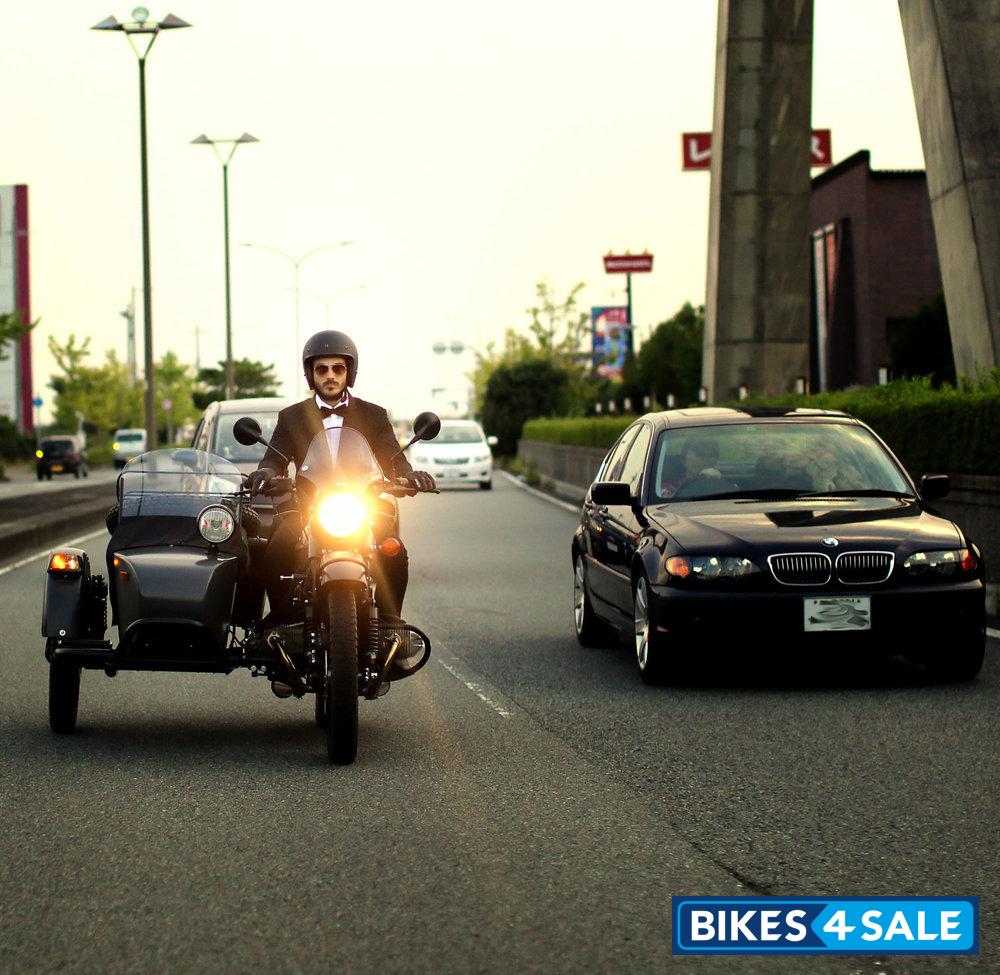 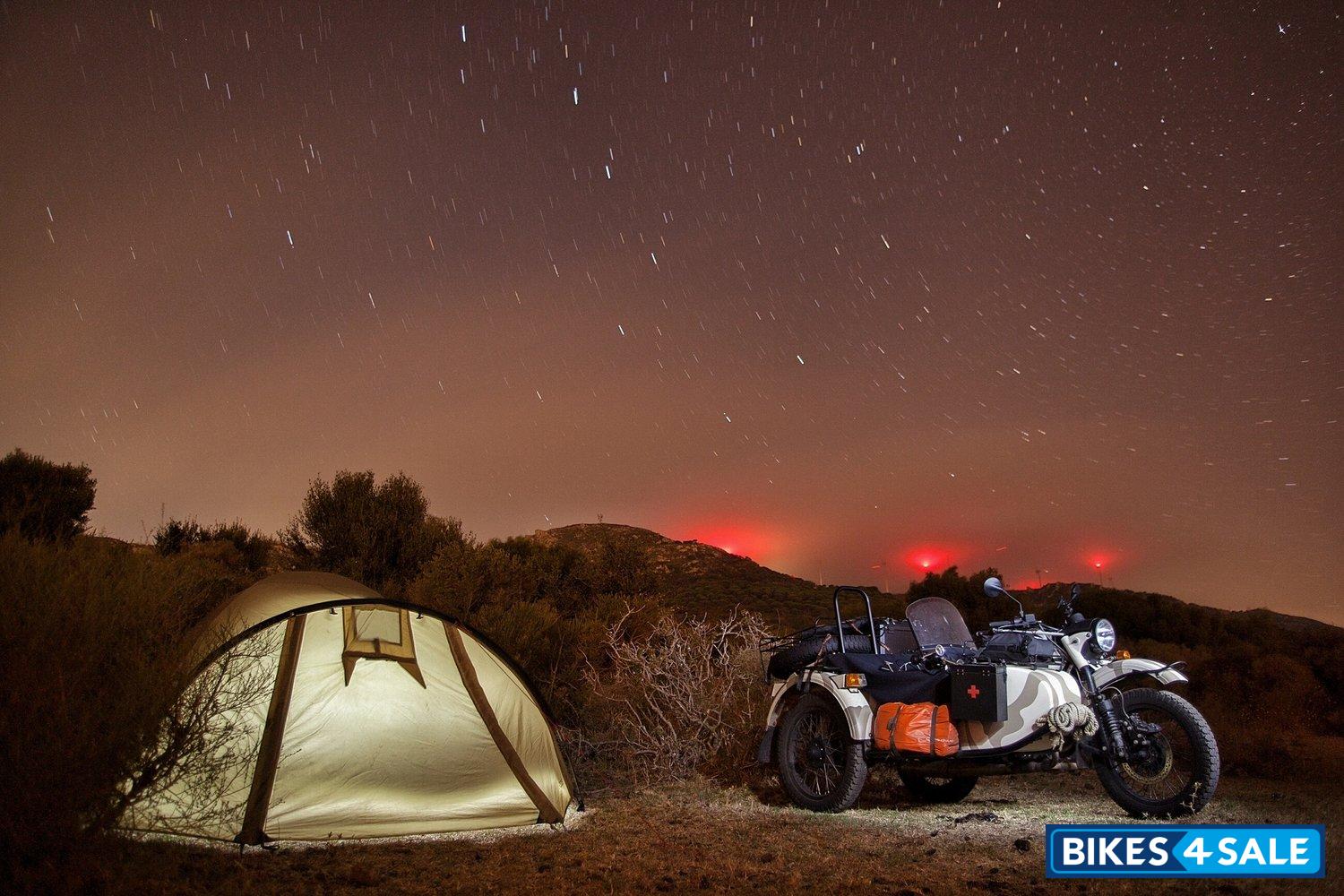 The brand offers 6 different models such as CT, Patrol, Gear Up, +Sahara, +Sportsman and M70. However, the side car of each model varies with the requirement and purpose of the vehicle. The capacity and utility features of the motorcycle varies from one model to another. For example, the Ural 'Gear Up' gets some features like a spot light, side car power outlet, built-in storage gas tank, utility shovel, jerry can, luggage rack and a universal spare wheel which may not be featured in 'M70'. Apart from the standard paint job the Ural models are available in 9 optional premium colours along with two Camouflage paints. 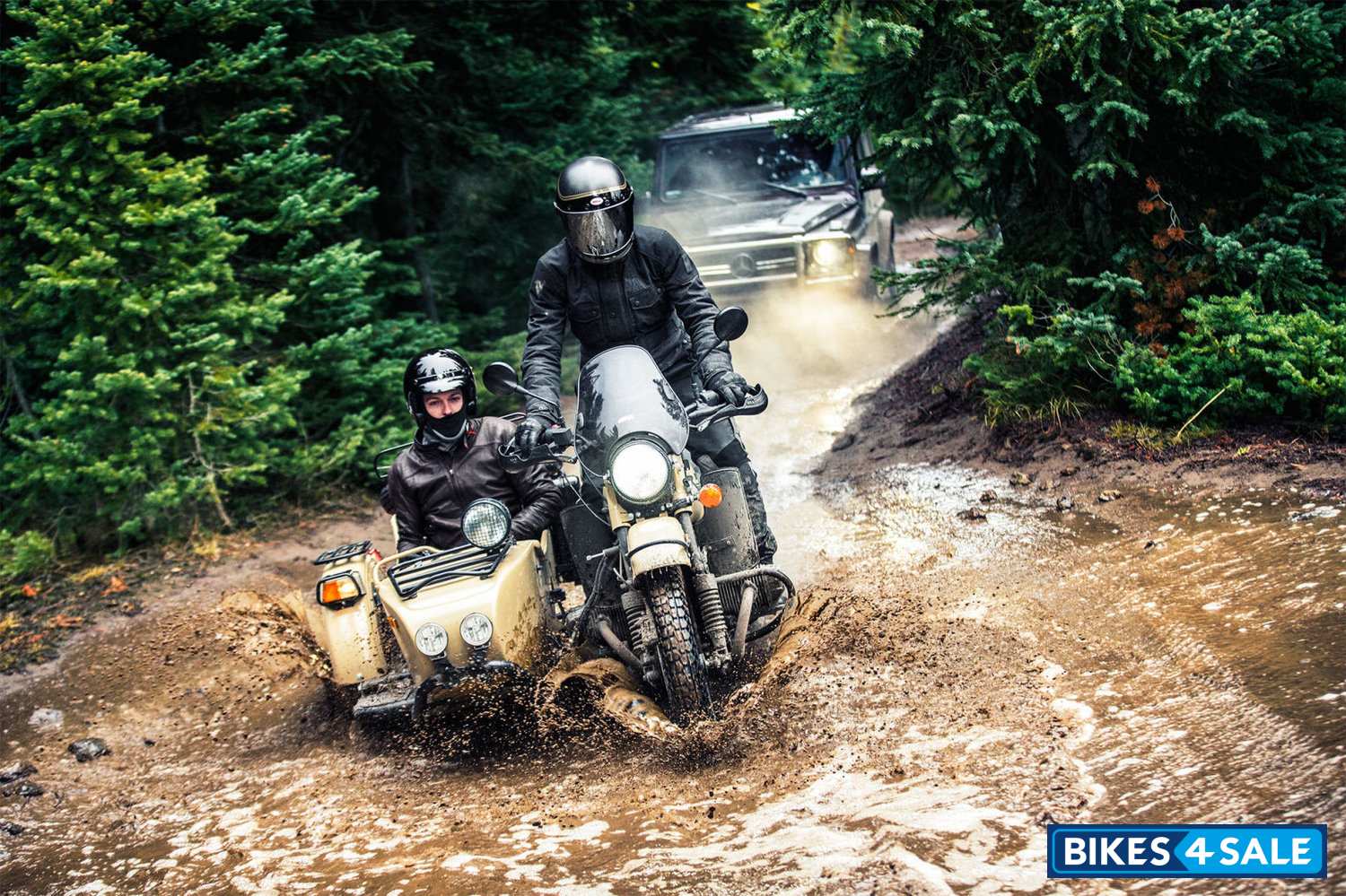 Currently, Ural side car motorcycles are available in USA, Canada, UK, France, Netherlands, Belgium, Spain, Greece, Norway, Finland, Iceland, Sweden, Germany, Egypt, Iran, South Africa, Brazil, Uruguay and Paraguay via import lines as well as through their official dealer chains. The price range starts from $16,499 USD to $18,499 USD for their base model M70 to the high-end +Sportsman model. However, the company is yet to show some interest on the world's largest two-wheeler market, the India. Indians have a long rooted love affair with side car motorcycles ever since it starts appearing in Bollywood movies. Therefore, India could became a prosperous ground for the Russian makers if they launched here. 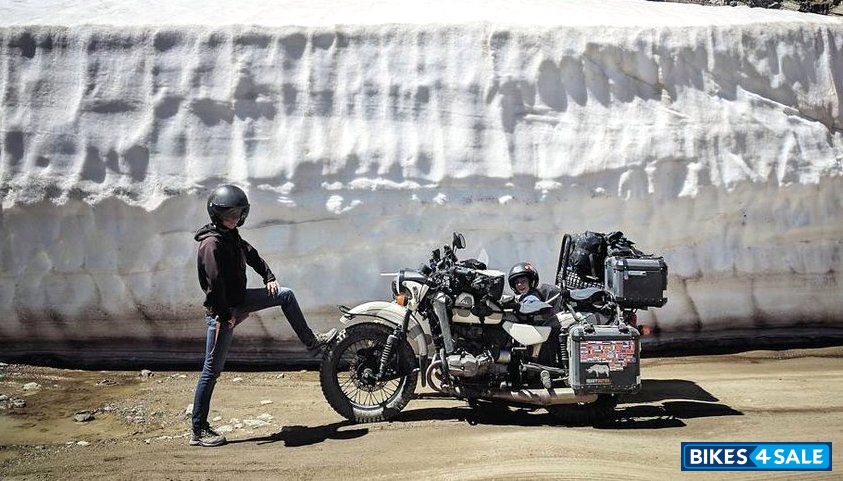 I would like to buy a old motorcycle with side car or if any manufacturer is making a new one
I would be interested.
Nagabhushan M.P.
9632507690
By Nagabhushan Prabhakar on 07-08-2019
Wonderful bike.....
By Timothy on 14-03-2019
Ural is the perfect bike for a Leh-Ladak Himalayan expedition. You can place all your luggage including additional petrol cans in the sidecar and you can enjoy the ride without the burden of the backpack.
By Sooraj Vs on 13-08-2017