The final drive of a motorcycle is the essential link that delivers torque from the transmission to the rear wheel. On motorcycles, there are three main final drive systems that are currently in use. By order of their implementation - belt, chain and shaft.

The belt drive was the first known final drive system that was used on motorcycles. Back in the days, motorcycle engines were not refined enough and although they used large engines, power output was shoddy and did not require sophisticated mechanical links to transmit that power to the rear wheel. At the time, belt drives were basically made of leather or simple rubber. But as the years went by, technological advancements in the field of transmission systems and the use of belts to drive secondary automotive systems like the fan and cam drive, gave more hope to the betterment of the use of belt drives and their technological development. DuPont had done extensive research on how to develop a compound that could withstand high tensile forces and not tear apart under pressure, and that was one of the major turning points for belt drive systems. 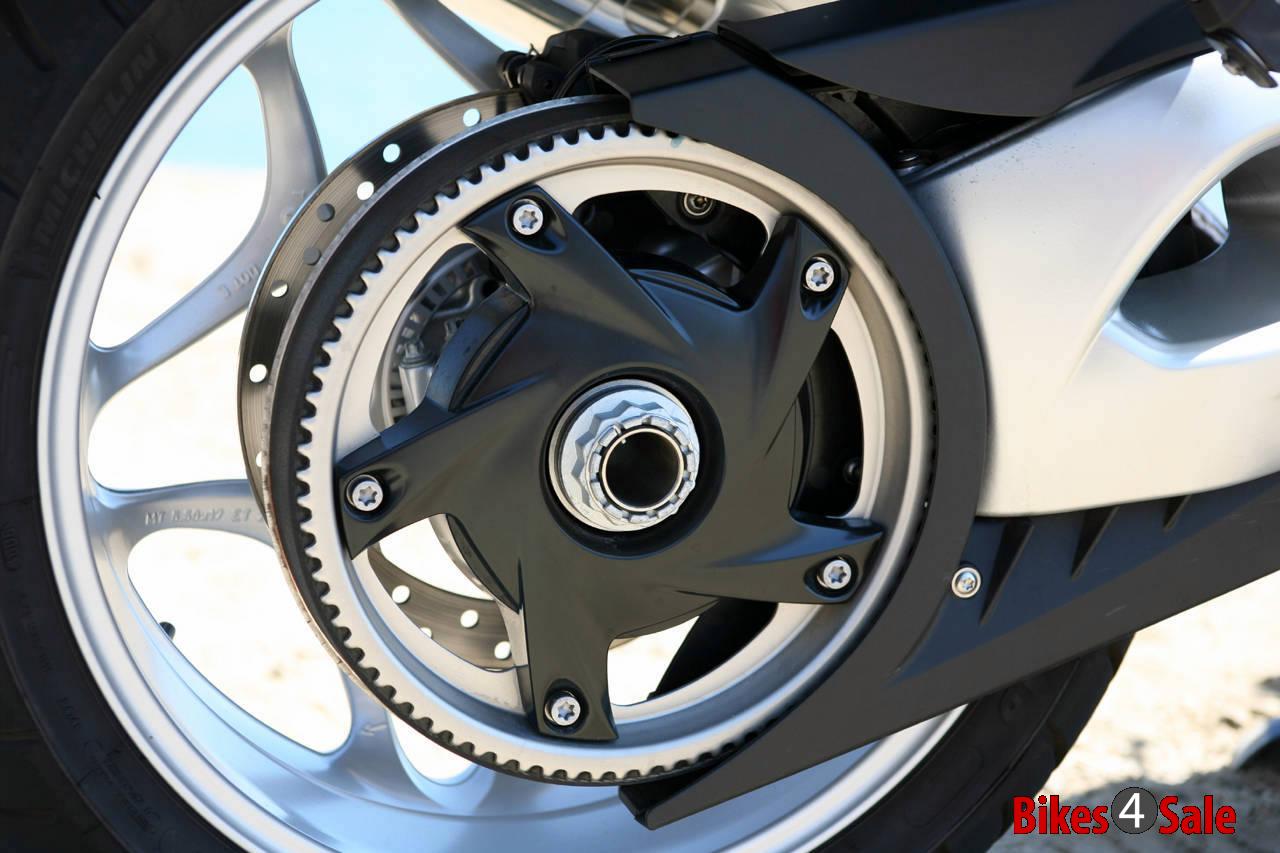 There are several advantages of using a belt drive, some of them being: lack of noise - the quietest final drive system; High efficiency, thanks to the use of technologically sophisticated and advanced compounds that can withstand large tensile forces; lack of maintenance - the belts nowadays are designed to run for many years and the occasional maintenance check hardly includes anything other than removing any excess dirt. Lubrication is almost never done; Belt drives are much cleaner and lighter than other drive systems.

Belt drives are most commonly used on touring bikes and a few cruisers. The use of belt drives ensure a smooth and comfortable ride and does not pose any risks to the rider unlike the chain or shaft drive, as a belt does not include several mechanical elements. Also, most belt drives last longer than a typical chain drive, provided it is maintained well. However, belt drives do wear off in time and have to be replaced as recommended by the manufacturer. The toothed pulley, the sprocket in case of the chain, is an expensive part of the belt drive system and is not only expensive to manufacture but also difficult. Besides, the size of the toothed pulley cannot be adjusted to bring in gear ratio changes.

When subjected to high horsepower from the engine, the belt would not be able to transfer the same amount of power to the wheels as the belt itself would dissipate the sudden burst of energy. The trouble arises when the toothed pulley is stressed under higher loads. The teeth can be subject to damage (shearing), due to the higher than normal amount of load. Besides, the belt itself is expensive, owing to the highly sophisticated compounds used in it that makes it durable.

This is the classic final drive system that is used by almost all of the motorcycle manufacturers in the world and accounts to a large share of the two-wheeler market. After motorcycle manufacturers felt a slight distrust on the conventional belt drives, which were used back then, they moved to chain drives that matched whatever the output that was intended. 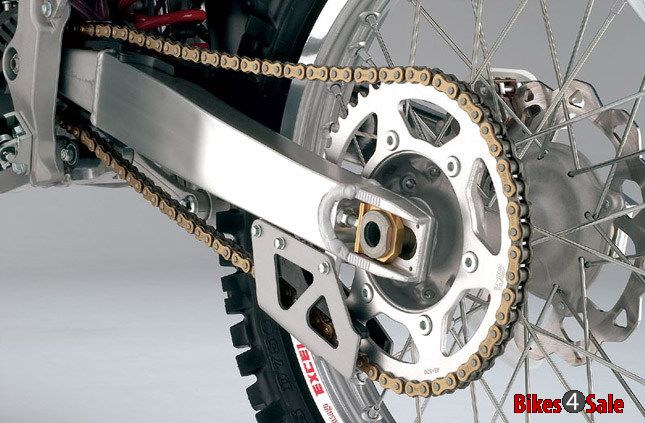 The reason chain drives are much preferred is because they are so versatile and can work efficiently according to any new modifications made on the drive. Of all the race events done worldwide that includes motorcycles, no other drives are used except for the chain drive because they can be easily modified to suit the conditions of a particular race track. Modifications are not just limited to the race track, in fact, a normal bike that can range from a commuter to a tourer or cruiser can undergo a change in gearing. Most bike manufacturers design the bike in a way that is intuitive to the owner and rarely makes bikes that require a special hand and different set of tools. In the case of the chain system, parts starting from the rear sprocket to the chain itself can be adjusted to provide the desired result - taller or shorter gearing, reduction of noise and increase of mileage.

Chain drives offer the best of efficiency in terms of power transmission. Power lost through the chain drive is negligible and can transfer power without the risk of extension of the chain when subjected to large amount of torque. Since the chain is narrower compared to the belt drive, the rear tires can be of a higher size and would not require any drive train offset parameters to fit new tires. Chains and chain drive parts are rather inexpensive and aftermarket equipment with higher quality and less weight can be bought easily.

Chain drives, however, are relatively harder to maintain. Not only is it time consuming, considering the fact the entire rear wheel and its units have to be disassembled to get to the chain, but is also complex and dirty. In any case where maintenance was done, the chain has to be checked if it is in running in a straight line and that the rear wheel is perfectly aligned. Another major issue concerning chain drives is that, if there is a need to change a flat tyre, the chain has to be removed and the whole process of set it in alignment and fixing back the nuts and bolts would consume a lot of time. Too much lubricant or too little lubricant can also be detrimental to the health of a chain and may, in the most unlikely event, snap and cause severe damage. Chains can also be dirty, as they throw/fling grease and accumulated dirt to the wheels and the rider himself. After all that said and done, chain drives are still preferred by most manufacturers because they are inexpensive and is affordable to the masses.

Shaft drives were first designed in the early 1900's by a Belgian arms maker and it started off from a 133cc engine, single cylinder - single transmission and later on, they further added higher capacity engines and better transmission systems. BMW designed its first shaft driven bike in 1923 and has come to be known as one of the pioneers to use that technology and make it successful. 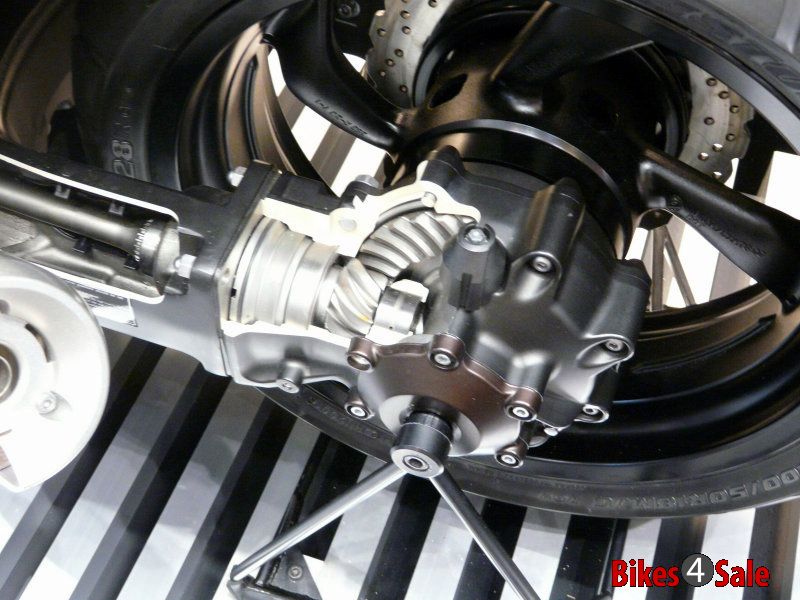 A shaft drive works like so - a spinning shaft that is powered directly by the engine and spinning in an oil bath is directly attached to the rear wheel and turned using an opposing gear. Shaft drives are the cleanest of all the three final drive systems as the entire shaft is not exposed to any external elements. Maintenance does not involve much time consumption and there is no requirement of setting the rear tire in perfect alignment, while changing the tire or doing repairs. Accessibility is the major advantage of a shaft drive; the shaft is placed on one side and there are no parts that intervene while trying to access the rear wheel for a change. Maintenance, therefore, is much simpler and cost-effective.

The major downside to the shaft drive is that it is heavy. A heavy shaft does not hold good for good acceleration, handling, ride quality and increased braking distance. As a result, the entire shaft drive unit adds to large unsprung weight, which is disadvantageous. Due to the geometry of the shaft drive and the end gear that spins the wheel as a result, the torque transferred can be detrimental to the ride. Pushing and cutting the throttle simultaneously while moving can cause the rider to lose control and subsequently be involved in a crash. The other minus is that it is expensive to buy a shaft driven bike and also to maintain a shaft driven bike. Buying/Repairing a shaft drive itself is not only painstaking but expensive at the same time although shaft drives are not prone to maintenance.