Different Types of Motorbike Clutches and their working.

Be it a car or a motorcycle, the clutch is essential to ensure smooth operation of the engine and provide a better running vehicle. 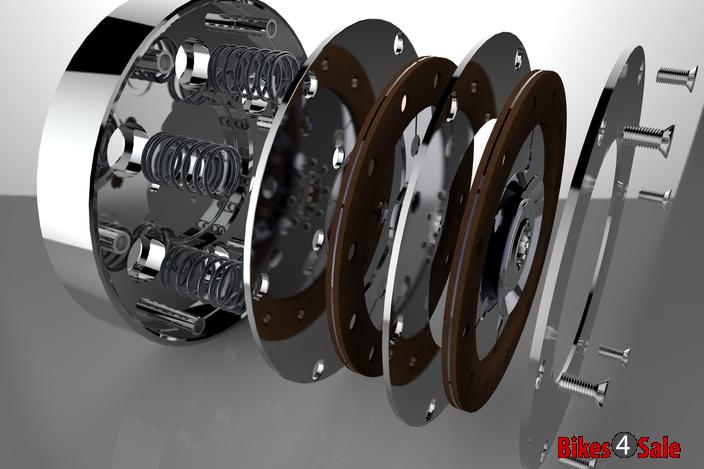 The job of maintaining or controlling the transmission of power from the engine to the wheels is done by the clutch and uses a fairly simple physical phenomenon called friction to operate. Motorcycles generally use a 'wet clutch' in the engines and is operated with the help of a lever and cables. However, there are clutches which can be actuated using hydraulic cylinders and fluids.

A wet clutch is the most typical of clutches used in an engine. The term 'wet' refers to the lubricant, that is oil. The clutch operates in the same oil as the engine does and is generally preferred over a dry clutch because of its efficiency, longer life and moreover, it keeps the surfaces clean. However, a wet clutch, since it's bathed in oil, can have a lower co-efficient of friction. The fluid absorbs some of the energy from friction and a negligible amount of power may be lost. 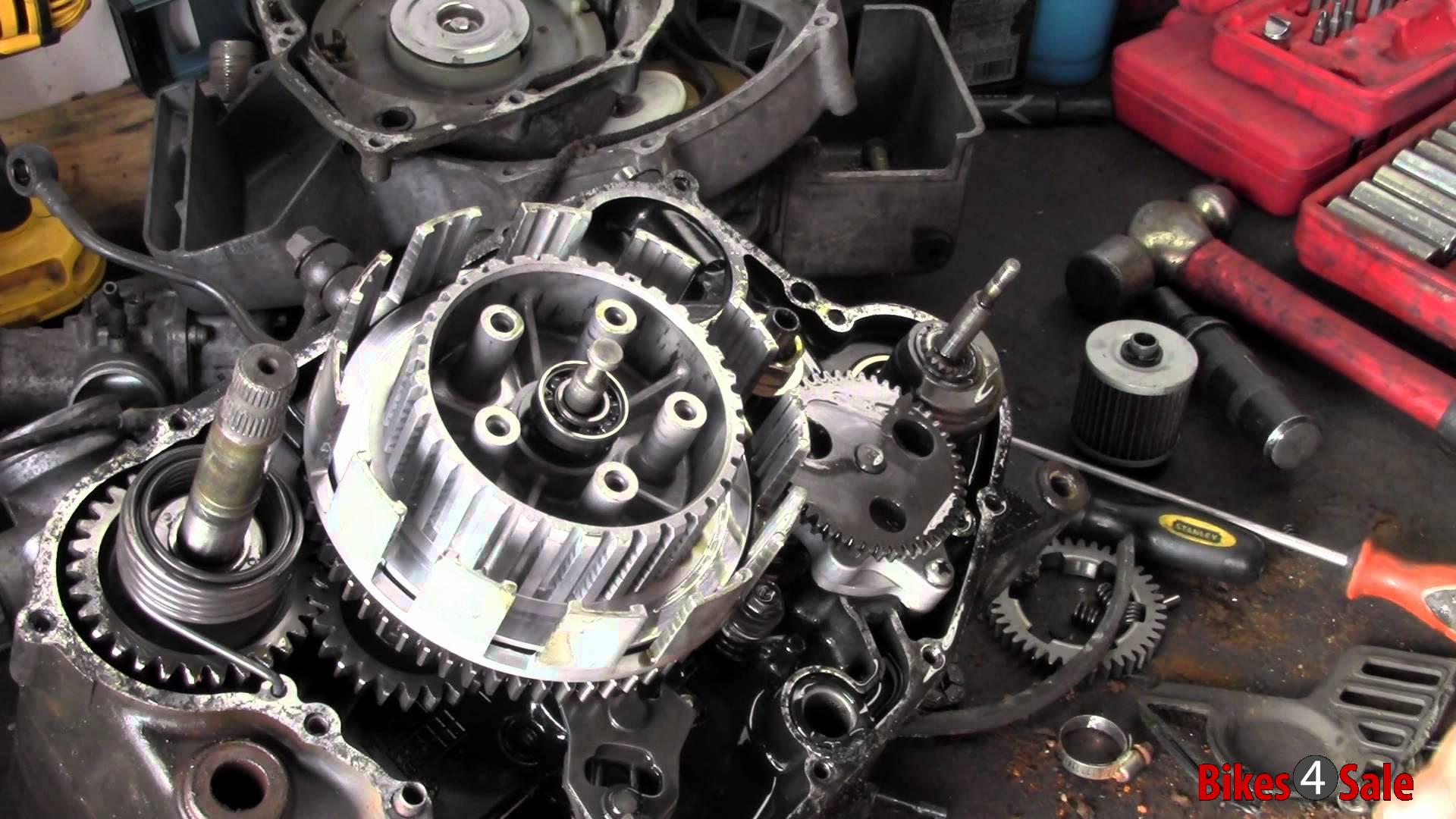 The dry clutch is no different from the wet clutch by principle but the only major difference is that it isn't immersed or operating in a fluid. It is exposed to external conditions but has the advantage of being accessible and being maintenance friendly.
Eg: Ducati. 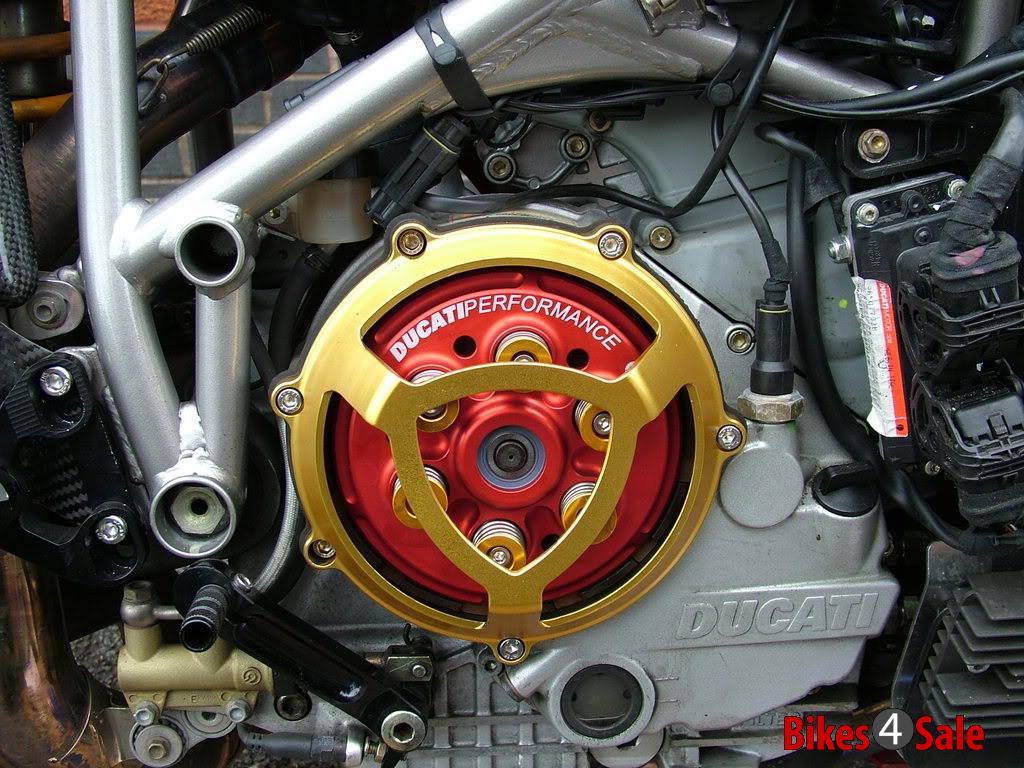 Motorcycle manufacturers usually employ a stack of alternating plain steel and friction plates. These are stacked in alternating fashion to what is known as a basket clutch. Typically, some of the friction plates would have lugs on the outer diameter of the plate to lock it onto a 'basket' that is responsible for turning the input shaft of the transmission. When the clutch is disengaged, which is done by pulling the lever on the left of the handlebar, a taut cable, with the help of links, moves the entire system of plates away from each other and forms a gap between the plates so as not to transfer power to the successive plates and eventually reach the clutch housing. In this case, the clutch housing would be free from any force and the flywheel at the end of the engine would be spinning freely.

Release the clutch (letting go of the lever on the left), the clutch plates (friction plates press against the steel plates) are pressed onto each other by several springs housed on the clutch housing and this action directly engages the clutch with the engine via the flywheel and power is transmitted. Modern motorcycles are equipped with several friction and steel plates and the entire unit is known as the Multiplate Clutch.

Another reason why a clutch is essential on a motorcycle is that it helps the rider to select the right gear while moving. Setting the motorcycle from Neutral to First requires the clutch and similarly at every gear change. Shifting without disengaging the clutch can cause problems to the transmission and may damage the cog wheels.

The clutch plates are prone to degradation but most modern bikes are equipped with clutch plates that can last quite a number of years, if maintained and used properly. Wet Clutches are harder to maintain as they are housed inside the engine casing and should make sure that the oil is fully contained before working on any element of the engine.

Slipper Clutches are found on almost all bikes that race at the track and a few road-legal sportbikes are also equipped with slipper clutches. A slipper clutch is essential in performance sport simply because it helps the bike to slow down faster without any side-effects. Engine Braking is a term that is mostly associated with racing and is a method that is used by almost all motorsport professionals to dramatically slow their vehicle down before entering a corner or a tight curve. When applying it on motorcycles, the rider would have to deal with the rear wheels locking up. Engine braking involves shifting to lower gears while revving the engine to match the RPM. The problem arises as the tires that were spinning at a higher rate suddenly felt a limiting force from the chain, forcing the tires to slow down thereby inducing a lot of stress on them. Eventually, this could start making the rear wheel hop and throw the rider off balance or even worse, it could result in the rear wheel locking up. 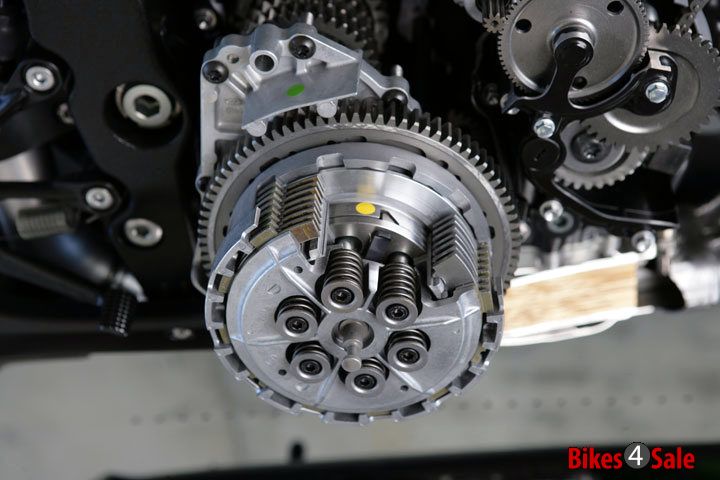 Quickshifter is an electronic device that allows the rider to shift gears without using the clutch or reducing throttle. This device mostly finds use on performance motorcycles and race bikes and with the help of this device, time can be saved on shifting. 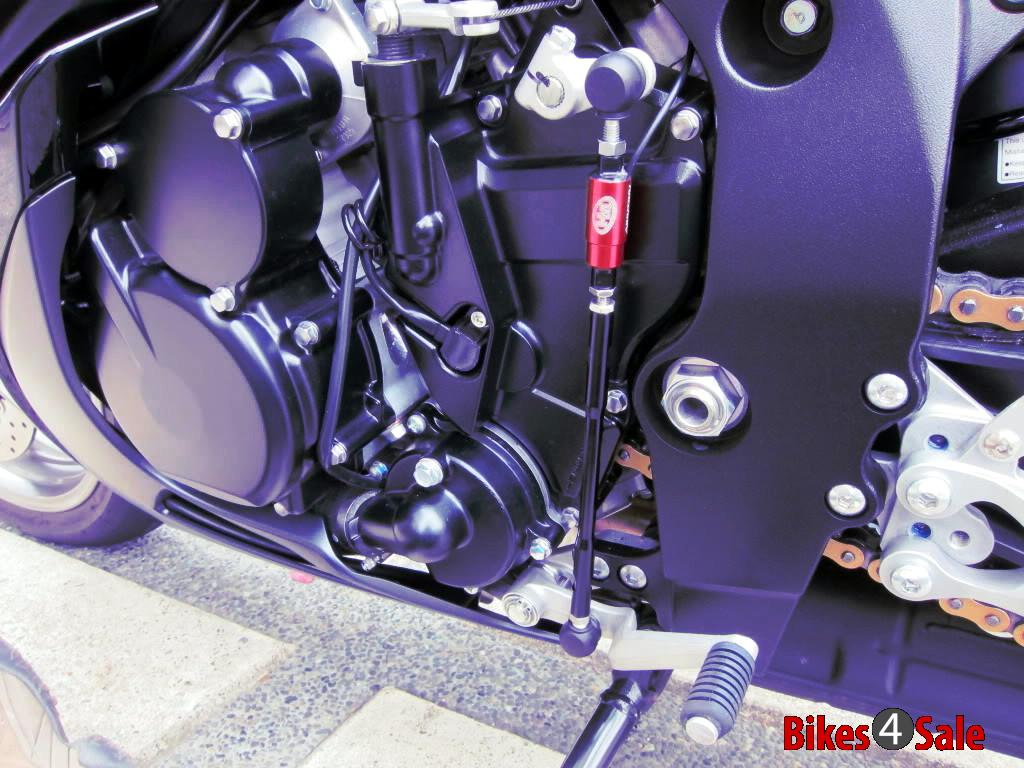 How QuickShifter Works : As the gear lever is lifted to change to the next gear, the quickshifter intervenes and reduces the load on the transmission by cutting ignition or cutting fuel to the engine. Similar to how one would release the throttle to change to another gear, the quickshifter does the exact same process in the blink of an eye. It is also fuel efficient and does not damage the gearbox or the engine. Quickshifters are available in several kinds, some directly interact with the bike's electrical supply to let off the ignition and some interrupt the ECU's fuel signals. They also come with mechanical sensors and can be adjusted accordingly. It is, however, essential to install a quickshifter of the highest quality and one that shouldn't suffer from bad wiring, bad installation or a device that fails. The main disadvantage of the quickshifter is that it can't be used to shift down. If there is a need to shift down, the rider has to follow the conventional procedure of pulling the clutch and then changing the gears.