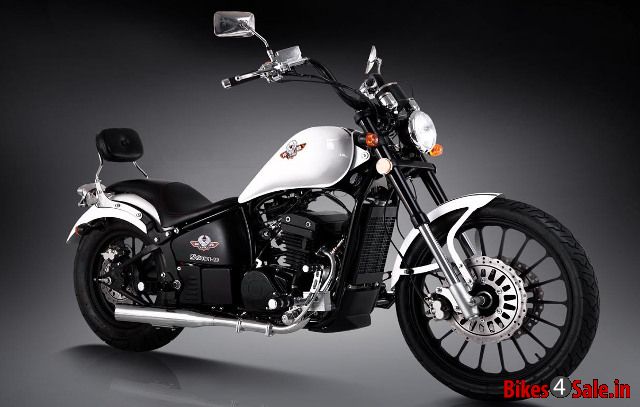 Showcased in India in 2015.
Regal Raptor Daytona 350 is not yet available in India.

Launched in 2015, the Daytona 350 from Regal Raptor is one such motorcycle manufactured to take down the big boys in the two wheeler cruiser segment. Standing head-to-head with the big boys in the segment like the Hyosung ST7, the Royal Enfield Bullet 350 and the Thunderbird, the Daytona 350 looks massive and sturdy in its first look. A massive 320cc water cooled, 4-stroke, fuel injected engine of the motorcycle with a capacity to produce a maximum power of 17.00 kW at the rate of 8500rpm and an overall net torque of 22 N.m at the rate of 6500 rpm. Accompanied to the massive engine is the five speed manual transmission system of the motorcycle which raves the engine quickly to gain a speed of 0-60 kmph in less than 3.5 seconds which can finally reach a maximum speed of 130 kmph. Braking system of the motorcycle is equipped with a front Disc, Dia 300 mm and a rear Disc Dia 240 mm brake callipers. Providing balance and stability to the ride is a front and rear Telescopic Hydraulic Shock Absorbers suspension system. Rigid ride experience is a promise because the motorcycle is assisted by a front 90 / 90 x 21 and a rear 90 / 90 x 21 tubeless alloy wheels. The motorcycle also comes with a huge fuel tank design with an overall capacity of 15 litres. 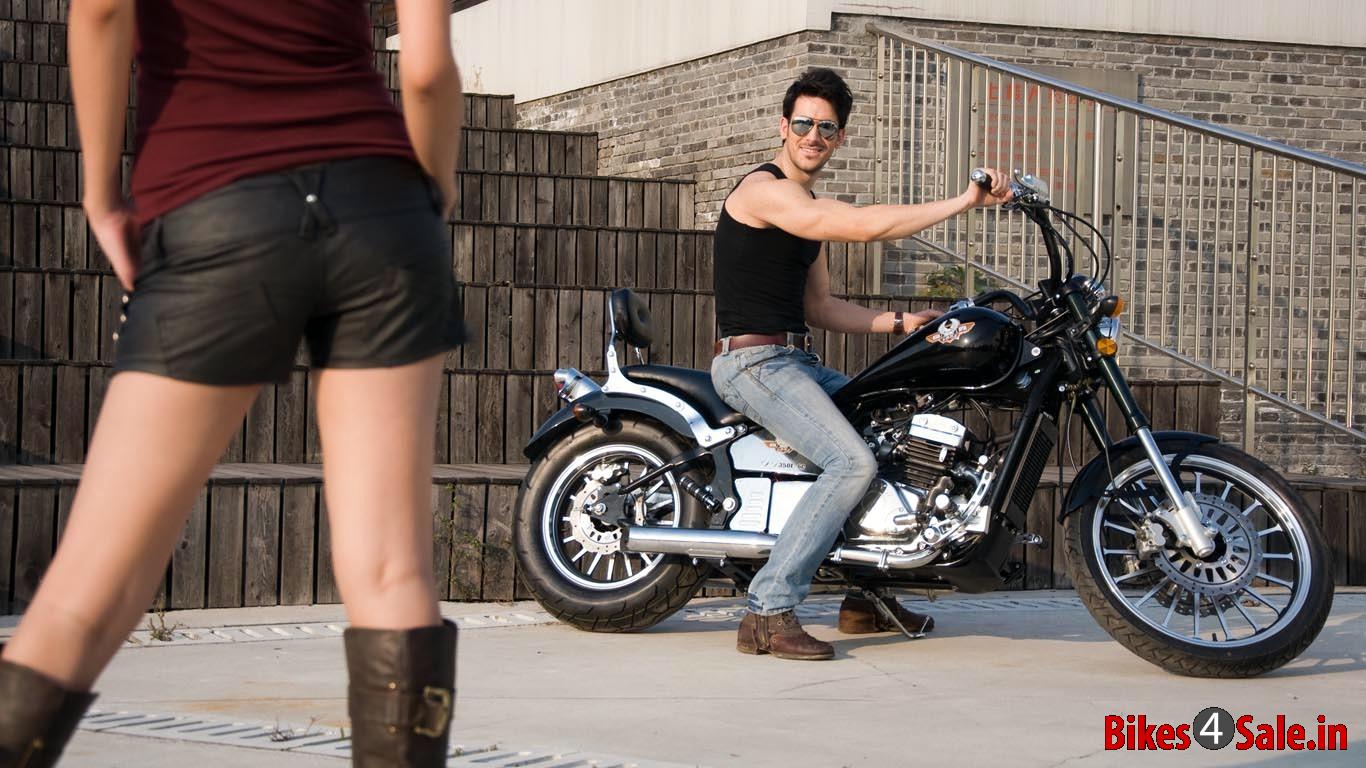 View All Showrooms
Technical Specifications
Test drive reports, reviews and news
User Reviews of Daytona 350. Write Your Review
i need use regal raptor 320cc , please contact me .
By Vikram Singh on 03-12-2015
Rate of this BIKE is high
By Sathiya on 16-06-2015
What is the mileage of Regal Daytona?
By Ashish Singh on 20-02-2015
Doesn't the name Daytona belong to Triumph. I thought they have some patents over the name.
By Pranav Pandey on 20-02-2015