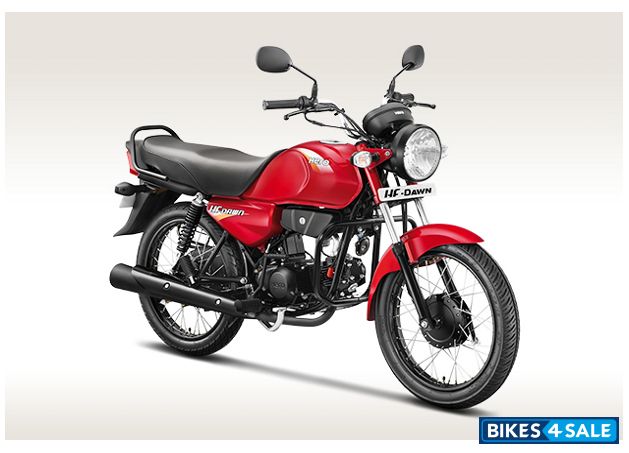 Hero HF Dawn is just the same Hero Honda CD Dawn. When Honda was parted away from Hero, the company renamed almost all motorcycles of the firm as a part of rebranding. Hence, the CD Dawn was also renamed. Apart from the rename, there is no alteration done on the bike. The CD is mated with a 97.2cc, Air cooled 4 - stroke single cylinder OHC engine, which is used in the HF Deluxe. Mated with a 4 speed transmission, the bike generates max power of 7.8 Ps at 7500 rpm and max torque of 8.04 N-m @ 4500 rpm.

Book a Test Drive through Bikes4Sale and we will try to get you the best offer for Hero HF Dawn. 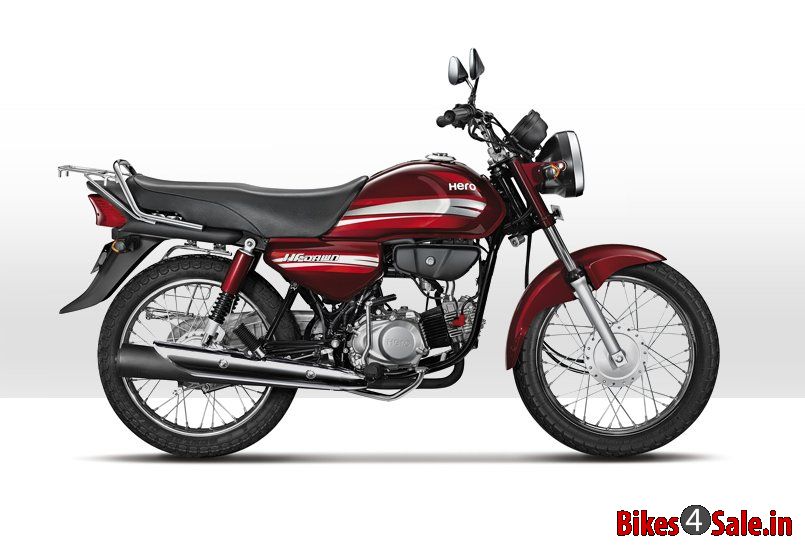 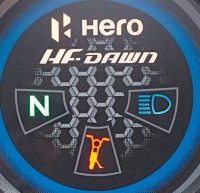 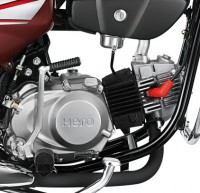 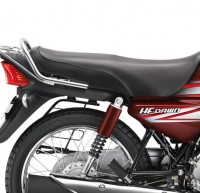 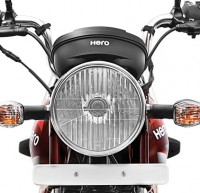 HF Dawn is one such motorcycle, which may not attract many customers with its looks or style, but by what it carries under the skin. The commuter segment of Indian motorcycles are ruled by Hero HF Dawn for many years. This particular commuter is found in many Asian and African countries as well. It is one of the popular and profitable model of Hero MotoCorp for many years. 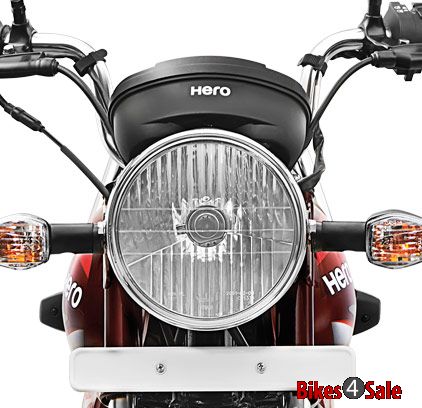 Upfront, the iconic round headlamp, surrounded by a thick chromium boundary gives the classic looks to this commuter. Top of this headlamp sits the instrument console with an analogue display and side stand indicator. It is the same two-pod cluster with some new graphics. Hero has used a powerful multi-reflector headlamp for this motorcycle, which is claimed to offer more powerful visibility during night. From the orange colored indicators of previous model, this one features clear lens indicators along with a change in the front indicators, which is changed from chromium to body colored unit. Side profile of the bike looks exact same with the older one. But Hero has imposed new set of graphics and colors to give a new look for the bike. Talking about other additions, the bike gets a new exhaust pipe also. The rear tail lamp is moreover resembles the older Splendor and which is assisted with clear lens indicators and a pillion grab rail. 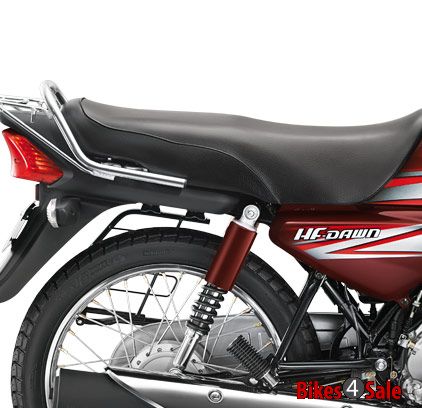 The Engine
It has to be the most desiring factor which would temps one to buy this motorcycle. One of the quality of a commuter is to be fuel efficiency and HF Dawn is renowned for it. Hero has decided to retain this successful, 97.2cc, single-cylinder, air-cooled engine once again with the new model. But the Hero engineers had tuned the engine to churn out some extra torque and power from it. The mill delivers a maximum power of 8.36 PS power and 8.05 Nm of peak torque. Engine is mated with the old, 4-speed constant mesh gearbox. The top speed of this motorcycle is around 89 kmph and the fuel efficiency is about mouthwatering 89 kmph. 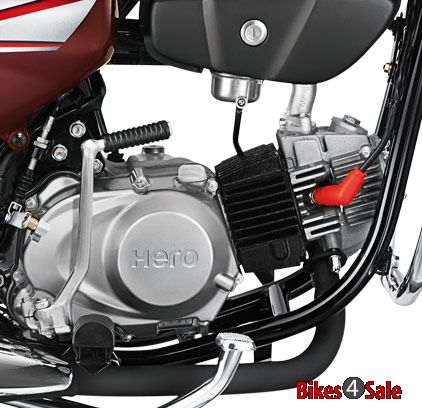 Suspension, Braking and Performance
Hero uses the conventional telescopic hydraulic suspension upfront and swing arm with 2 step adjustable hydraulic shock absorbers at the rear. The stopping force of the bike is safe in the hands of 130mm and 110mm internal expanding shoe type brakes. 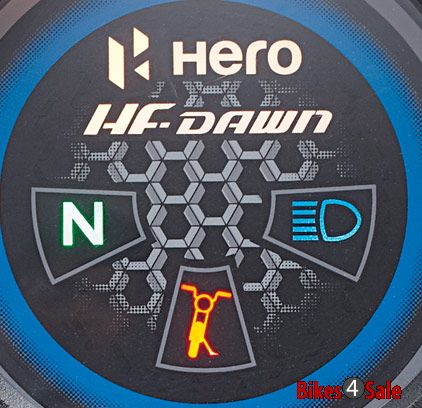 HF Dawn is just a basic commuter with basic mechanical and electrical hardware, required braking and basic suspension system. The bike is built for day to day commuting and not at all a performance oriented bike, therefore it doesn't have high rated performance figures. The bike is rather easy to handle in city traffics and high amount vibration occurs at higher speeds.

Conclusion
HF Dawn is one of the most affordable bike in the Hero lineup and one could go for it without any second thing, if you are aiming at a regular commuting vehicle. The design and styling elements of this bike suits adult and middle aged men rather than youngsters. This could be one major drawback of the bike, but it still manages to rule the commuting segment without any hurdles.
Test drive reports, reviews and news
User Reviews of HF Dawn. Write Your Review
I was this bike in 2004 but that time the name of this bike was hero Honda CD dawn now the name is different hero HF dawn I don't have any objection with the name but I worried about the engine that time Honda was making engines and this time it is hero and we all know which company is making better engines and one more thing I am not talking about the design
By Mohammad Omer Khan on 28-06-2018
I like this bike simple & sobar bike in lowest price
By Sunil Tiwari on 29-01-2018
Chennai ambathur see want bike
By Govindan on 23-01-2018
Simple and super bike which is suitable for all types of categories who are not interest to pay more money for petrol...
By Raman on 21-01-2018
because it's light is powerful safe for night journey
By Abhishekojha Y on 10-03-2016
the bike is very nice & this bike sound like a bullet
By Raghavendra on 06-03-2016
All the things is very great the bike is so cheapest price and low mantanence and affordable bike I love it
And I am also want to buy this bike in few months.
By Deepesh Thapa on 12-02-2015
The bike is best for loving and daring. But this bike is carrying powerful and fast lyrics load.
By Gateshead Patil on 26-01-2014
it looks very simple and comfortabel
By Rams on 05-05-2013