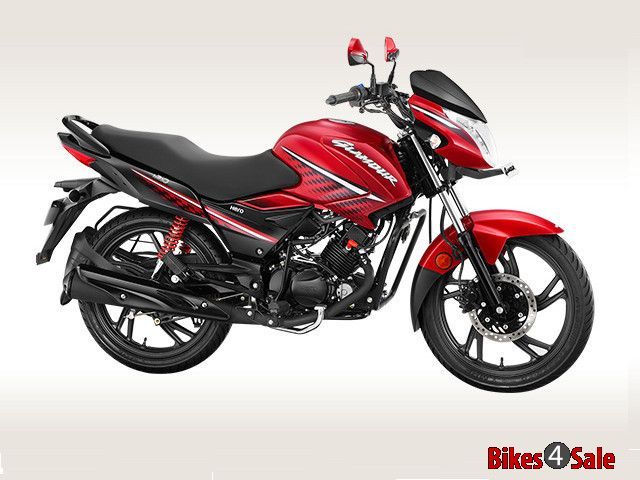 Hero MotoCorp has introduced their latest offering, entitled as New Glamour. This 125cc premium commuter bike is the most popular and best selling bike of the segment. The new model gets some fine cosmetic outfits like a freshly redesigned headlamp with pilot lamps, extended fuel tank with sharp contours, well-positioned LED tail lamp and well-balanced seats are the latest additions. The New Glamour features BS-IV engine with i3S technology. The performance figures of this Glamour is way better than the old Glamour. In addition to that, the fuel efficiency of the bike has been also improved. The New Glamour also offers an optional front disc brake.

Book a Test Drive through Bikes4Sale and we will try to get you the best offer for Hero Glamour 125. 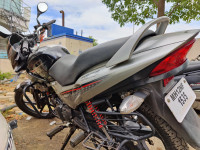 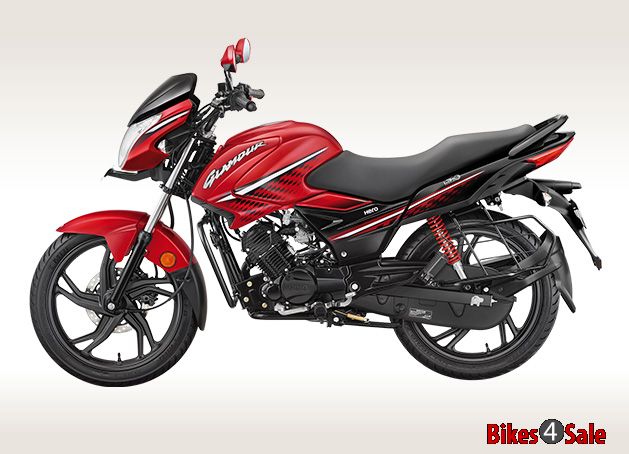 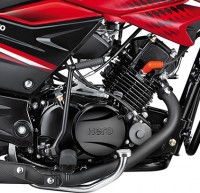 After introducing the 2017 version of Hero Glamour in Argentina, the Hero MotoCorp went back to India for some refurbishments in their product line-up. As everyone expected, they just introduced a new product, entitled as 'New Glamour'. Earlier this year, Hero had withdrawn some of its products from the official line-up. Hence, the rebranding of their premium commuter bike is considered as a tactical approach by Hero, in this competitive environment. Meanwhile, Hero has retained their old Glamour and PGM Fi variant in the portfolio.

The Engine and Performance
The 2017 Hero Glamour is powered by 124.7cc, single cylinder, 4-stroke engine mated with a 4-speed constant mesh gearbox. This engine is tuned with Hero's i3S technology helps in increasing fuel efficiency and engine performance. It delivers a maximum power of 11.4 bhp @ 7500 rpm and a peak torque of 11 Nm @ 6500 rpm. A Digital DC CDI ignition system is used in this engine for precision and maintaining high quality. The performance figures of the New Glamour is better than that of old Glamour. 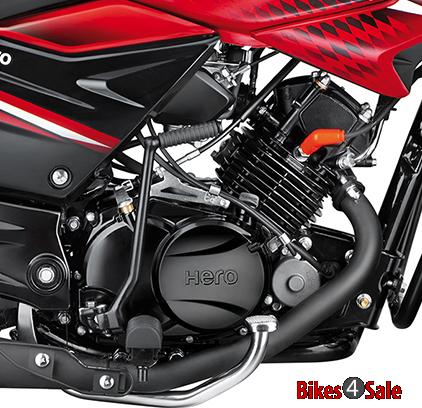 Hero MotoCorp had developed an 'Idle Stop-Start System' known by the name "i3S" technology for their commuter range of bikes. This system helps the bike in achieving better fuel economy and reduction in the exhaust emissions during traffic jams or signal stops. The 'i3S' system can be turned off or on with the help of a blue-colored i3S switch, positioned on the right-hand side.

Design and Features
Hero has employed a muscular, sporty design for their New Glamour 125. The Hero's R&D team had worked a bit to create a new and fresh look for their premium commuter. Their effort has paid off. Upfront, a redesigned headlamp with two-position lamps alongside grabs all the attention. The extended fuel tank with muscular contours, newly designed side panels and sharp rear cowl are the attractive cosmetic components in this bike. 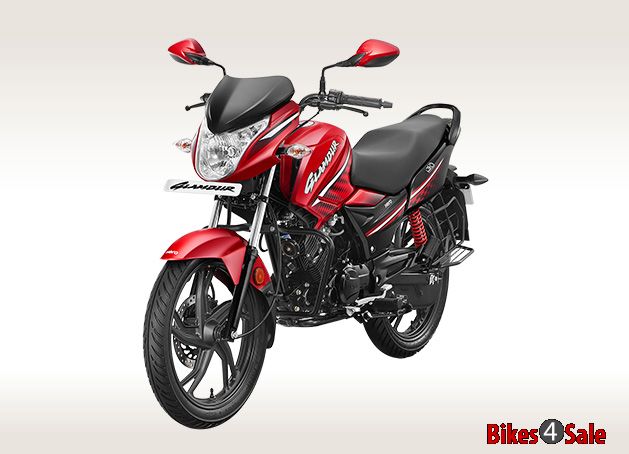 At the rear end, LED brake lights are bounded by two light bars, which makes the endmost part, sporty and stylish. The tail lamp sits well placed under the tail section. The length of the seat seems to be on the downside of the bike. A slightly longer seat would have improved the appearance of the bike from sides. Other cosmetic outfits include blacked-out engine and split-spoke wheels, wider rear tyre, digital-analogue instrument console and fork sliders.

Chassis, Suspension and Braking
A semi-double-cradle type frame underpins the New Glamour. Unlike other commuters of Hero, this one feels light and peppy on the rides. With the assistance of MRF tyres on the road surface, the comfort and control of the vehicle are truly outstanding. Telescopic hydraulic shock absorbers at the front and 5-step adjustable hydraulic shock absorbers at the rear complete the suspension system. At both the ends, 130mm drum brakes deal with the stopping power of this bike. An optional 130mm disc brake is also available in the New Glamour 125. 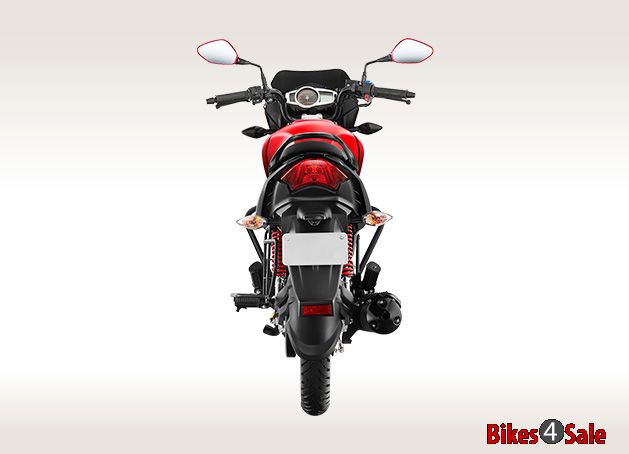 The Conclusion
The New Glamour is indeed a 'New' Glamour. It comes with the all new BS-IV engine with the i3S system, makes this 125cc motorbike as the best in class. Moreover, all the refurbishment works done by the Hero Engineers had been of high standards and had improved its aesthetic appearance.
User Reviews of Glamour 125. Write Your Review
Betul sihar
By Brhamdev on 18-07-2019
This is the best 125cc bike in its segment.
By Chandan Halder on 12-12-2018
Glamour is the last thing this bike has. Kids become middle aged men just by looking at it. Must be called Hero Uncle.
By Tom Thevakattil on 19-07-2017