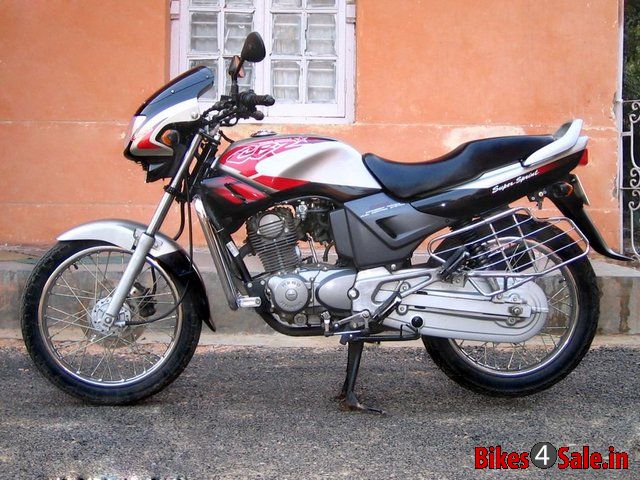 Hero Honda CBZ Star is an upgraded version of the CBZ. The CBZ Star was introduced in 2004. The bike was nothing new but featured new graphics, new conventional CV Carburetor instead of the old sliding type carburetor to increase fuel efficiency and power. However, the bike was discontinued in 2005 and reborn as the CBZ Xtreme in 2007. The bike was equipped with a 156cc, 4 - stroke single cylinder engine. It produced maximum power of 12.8 ps of power @ 8000 rpm and maximum torque of 12.45 Nm @ 6500 Rpm. Its engine is coupled with a 5 speed gear box.