The New Delhi Auto Expo is organized by CII Siam in association with the Automotive Component Manufacturers Association (ACMA) of India. The show is talked about as the biggest expo and the auto enthusiasts are predicting several auto launches from big companies during the expo. It is expected that there will be about 10 launches including SUVs to two wheelers. 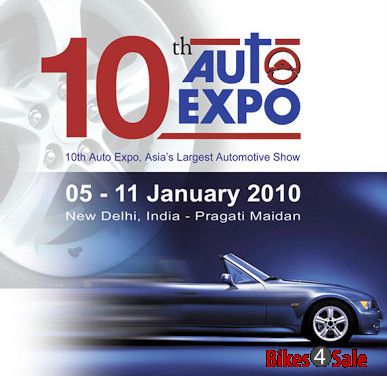 The event managers say that there could be 1.8 million people visiting the show which if becomes true will be the largest ever at all beating the 2009 New York Auto Show which was visited by 1.2 million people. All said, considering the population of India the figure is not overwhelming.

The fact that India is fast recovering from recession and slump and the average middle class consumers will look forward to newer launches that can meet their ever rising requirements as well as budget.

As for bikes, Honda Motorcycle and Scooter India limited will hopefully launch its entry level bike; a 110 cc bike at the show. The bike runs on 110cc engine and will come with a price tag of around Rs. 45,000. There are also rumors rife if Bajaj-KTM will unveil their bike.

Pragati Maidan Delhi will hopefully be a witness to many surprises, and live to the expectations of visitors and auto fans.