Suzuki Motorcycle India Pvt. Ltd. launched the super bike Hayabusa and cruiser Intruder in India . With this launch, Suzuki has again proved its metal in the Indian market one more time. The entire focus of the launch was to deliver dazzling technology and performance to exhibit that they have now raised the bar in the motorcycle industry with superior technology and innovation.

These bikes have been reigning the international market for long. Both Hayabusa and INTRUDER are seen as ultimate machines and are known for their powerful engines and style. Launch of both the bikes in each other's company unanimously was thrilling and electrifying.

Acknowledged as the legend in the league of sports bikes, Hayabusa is so unique that it requires its own new classification: Ultimate Sport. This motorcycle is so exciting that is has developed a devoted following around the world. It combines seemingly effortless acceleration, wind-cheating aerodynamics, sporty handling, timeless style, long distance comfort and unlimited excitement. 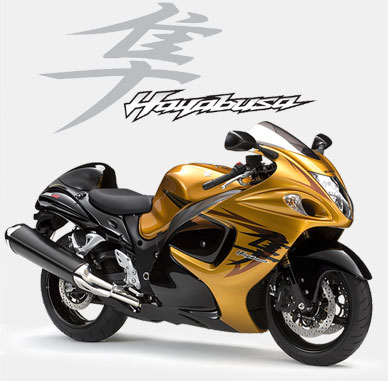 Introducing to the Indian market, a new level of excitement on the roads, INTRUDER M1800R is a style statement in itself. One look is all it takes to tell that INTRUDER M1800R is not an average cruiser. The most striking feature of this model is an all-new 1783cc, v-twin engine, liquid cooled with DOHC and digital fuel injection.Â  Presenting to you the new classic look with an engine designed to produce a massive wave of tractable power and responsive torque starting just off idle and reaching to redline.Â  The bike has an unmatched combination of the latest high-performance technology and a unique, exciting style. 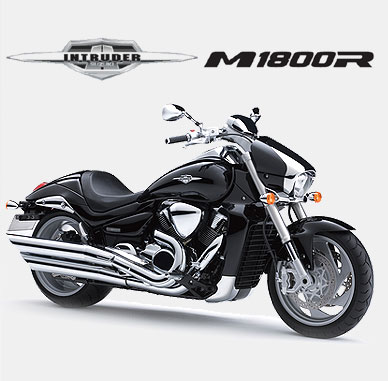 The INTRUDER M1800R is simply the most powerful cruiser Suzuki has ever produced. It comes to you in a new look worth dying for and an ultimate appeal which would leave you drooling over; in Pearl nebular Black and candy Dark Cherry Red.

The launch of these bikes has proven to be worth a wait in the Indian market, as the bikes epitomize power, style and technology as one and that's Suzuki. The launch drew the maximum attention of the people in hoards. Quite predictable, as none would have missed the chance to see the legends coming face to face.

The bikes have been launched in 7 cities - Delhi, Bangalore, Hyderabad, Chennai, Pune, Mumbai and Ahmedabad. The bikes are priced at Rs 12.5 lakh ex-showroom and the company hopes to sell 300 units of both bikes in a year.

Published by Bikes4Sale in category News
Latest Comments. Share Your Opinion
I am from Bangladesh. I want to buy a Hayabusa bike (white color) from hare. How it could be possible? I want to know.

Suzuki should launch Machines with CC less than 600 with maximum power.
By Santhoshkumar on 02-09-2011
what a bike
By Kabir on 24-10-2010
These bikes are really awesome but not at all fit to run on our Indian roads as you frequently get surprises & Believe me they can be equally dangerous in our Indian driving conditions.
However I feel Suzuki should comeup with bikes from 250 to 350 cc range say between 1.5 to 2.5 lacs approx, which will definately give a hard time to our Bullets which are basically a result of bad r&d even with thier new engines.They have failed badly in even considering to reduce the vibrations at a nominal speed of evn 60kmph.
SUZUKI ARE YOU LISTENING???????????????????????????????????
By Narender on 28-09-2010
Dear Deepak,

the cost of intruder is 12.5 lakshs and hayabusa is around 11 lakhs. Regarding the finance options u have to contact the dealer. They shall arrange for the finance.
By Sudhakar on 01-04-2010
Hi, need a quotation for both the bikes. I live in Pune and also tell me about finance options. Like how much DP and rest all things.
Waiting for ur reply,
Deepak.
By Deepak on 26-10-2009
both d bikes r ''AWESOME''
By Girishp on 17-12-2008
These bikes are awesome. Good choice by Suzuki.
By Indian Car Blog on 26-11-2008
Add Your Comment
Low Interest Bike Loan