SUV literally defines Sport Utility Vehicle. It is meant to go anywhere. If you like wandering in automobiles, an SUV would be the best option you can have. And Tata's all new machine, the upgraded giant, the Safari Storme is no different from this definition.

See one by one pic to realize how the Safari Storme does stunts quiet terrifically.


While the Safari moved like a storm at Jawaharlal Nehru International Stadium Ground, Kaloor, Kochi, the event was fully smoked up by the dust. It was dazing experience to every automobile enthusiasts who witnessed the show. Through the ramp, and going up and down, the Safari crafted some real safari over there.

Even though it hurts many SUV lovers regarding the new face of the Storme, it is an authentic fact that the Safari Storme is real monster. Whether it is off road or on road, it knows how to be on and on.

The four-wheeled machine got unveiled for the first time at the New Delhi Auto Expo 2012. Then onwards the machine grabbed severe attention from fans across the country. Not that soon, but in October 2012, Tata launched the much awaited SUV, the Safari Storme.

The new wheeler comes with cabin full of loaded features. It is powered by a 2.2L 16 Valve DOHC VTT VariCOR engine, which is capable to beat up maximum power of 140 ps @ 4000 rpm and maximum torque of 320 Nm @ 1700-2700 rpm. To roll four wheel drive smoothly, G-76 (Mark II) gear box is wedded with it. Independent Double Wishbone Type with Coil Springs Over Shock Absorber suspension at front and 5-Link Suspension with Coil Springs suspension at rear never irritates the rider and the passengers even at the toughest off-track.
Tata Safari Storme Stunt Show 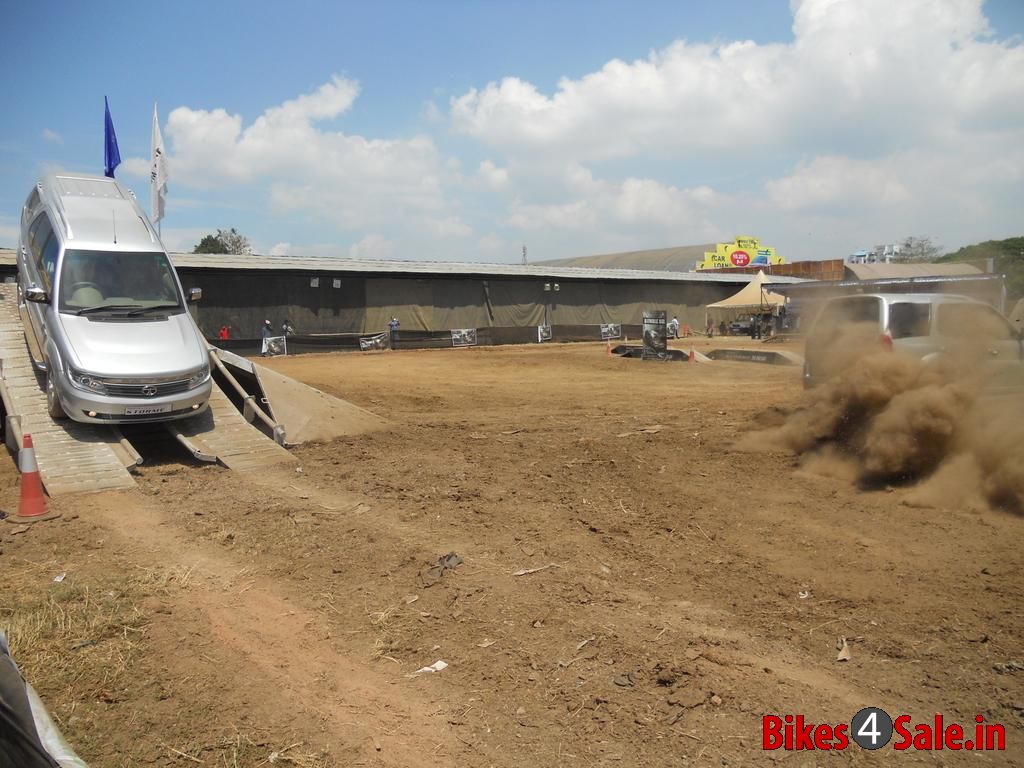 ◄ Prev PicturePicture 7 of 15Next Picture ► 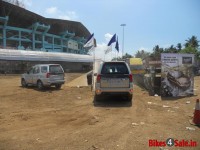 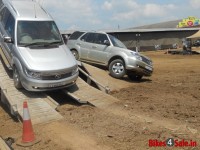 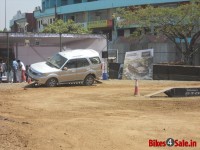 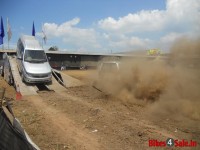 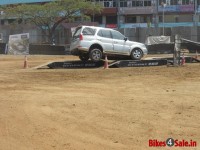 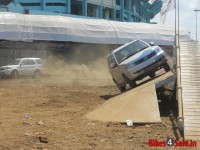 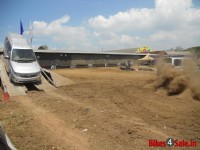 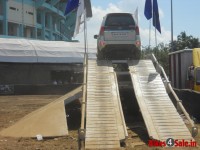 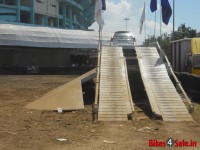 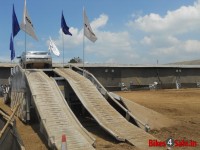 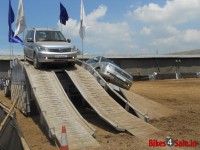 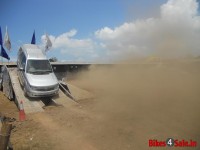 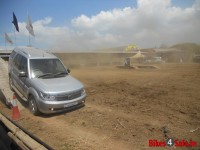 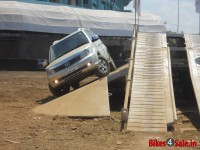 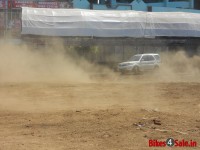