Meet the all new muscular on the Indian track, the 2013 Chevrolet Cruze.You can call it a customized machine or a modified machine. Whatever the names are the American firm simply calls it, the all new Cruze. That means the machine tags no separation on its name. It is still the same.


However, the car looks so noticeable with its new appearance. Chevy has done an exceptional job here to mould out such a piece of four-wheeled machine on board. The all new Cruze limited edition rolls in black and white combination. What makes it stunning when it comes is its dual LED headlamp. The headlight is gorgeously carved in order to shape out a sporty out look for the machine.

Unfortunately, we didn't get the technical specification of the all new Chevrolet Cruze except its images.The car was showcased at the SBT Asianet Auto Expo 2013, at Jawaharlal Nehru International Stadium Ground, Kaloor, Kochi. The event was scheduled from February 15th to 17th, 2013.

The 7 spoke black alloy wheels are one of its another attractions. The Cruze is alo equipped with new LED light that slightly resembles German built BMW vehicles.

Nevertheless, the machine is expected to a modified version of its top end variant, the Cruze LTZ AT. It is equipped with a powerful 1998 cc, 4 cylinder, 16V VCDi Diesel Engine, which is capable to produce maximum power of 166 ps @ 3800 rpm and stunning torque of 380 Nm @ 2000 rpm. The vehicle has both 6 speed and automatic transmission. Wedded with disc barkes on all four wheels, the bike appear to be real monster on and off road. And for a luxurious drive a McPherson Strut with Linear Cylindrical Coil Spring and Tubular Stabilizer Bar System front suspension and a compound Crank Type with Non-Linear, Mini-Block Coil Spring rear suspension are attached.

The all new Cruze is priced around Rs.16 lakh. 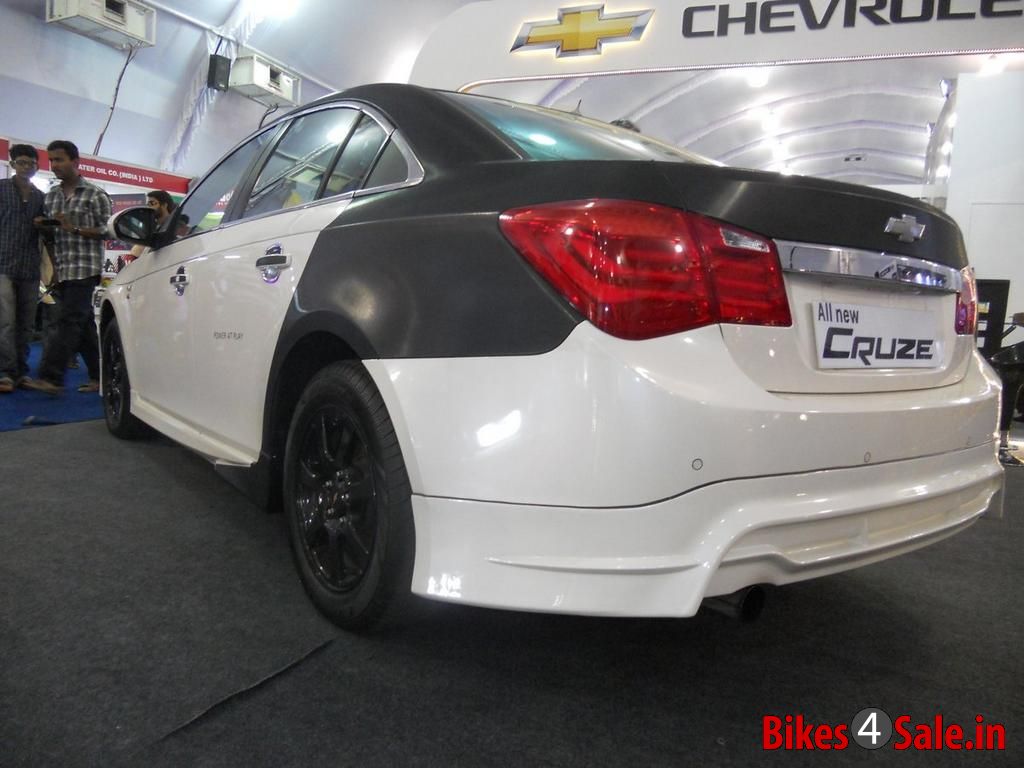 ◄ Prev PicturePicture 6 of 8Next Picture ► 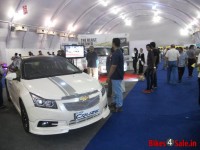 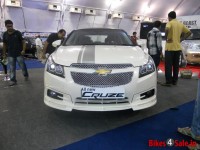 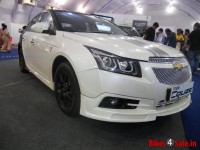 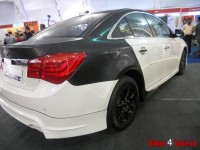 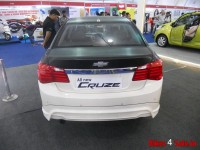 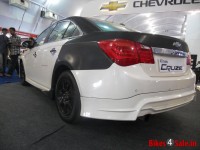 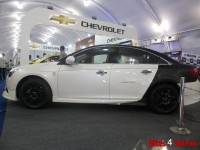