Can 2010 be called launches special year with regards to automobile market? Certainly it can be from the launches; be it revamped versions or new variants of bikes and cars.

The final quarter of the year too is no different. Mahindra launched its entry level bike Stallio and high-end Mojo too this month. So did TVS motors too by launching Apache RTR 160 as Hyper Edge.

Fans have been flocking to the Hero Honda showrooms and the company didn't want to disappoint and had come up with its revamped version of Hunk- the company launched all-new Hunk recently putting an end to all waiting on the part of fans. Now let us see if the wait is worthwhile.

As regards the looks, new Hunk sports few attractive ornamental changes and some add-ons for enhanced ride comfort. The redesigned, black side panels look like have taken a cue or two from most recent bikes. The black visor too underwent a change wherein it became sleeker and curvier and a little more transparent. The mudguard which was worked upon is made to look beefier and it does look impressive.

As regards stickering, the new Hero Honda Hunk gets some cool changes; and the GRS becomes ATFT which means it features the Advanced Tumble Flow Technology. The new Hunk feature a digital console with RPM meter; however, having the analog tachometer (so let's say it features a semi-digital console). The color schemes too appear bright with the background being in terracotta color.

The new Hunk all gets LED tail lights in the rear and as regards the other hardware of the bike they remain same almost with some minor tweaks; the exhaust gets a ridged black muffler, and the rails on the rear also become black to complement the overall color scheme. Both the front and the rear tyres of the new Hunk go tubeless (isn't this becoming a norm with bikes these days?) and the rear view mirrors on either side will have same body color scheme. 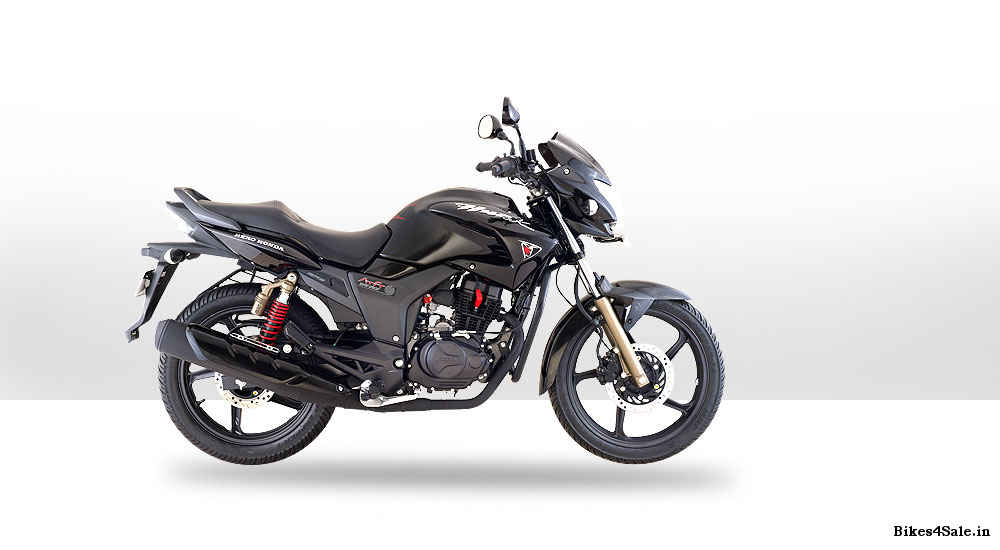 Further a new option from the number one bike maker Hero Honda; the new Hunk can have rear disc brakes as option for just Rs. 3000 that can make it a special bike in the segment. It joins the Dazzler and Apache to have rear disc brakes in the 150cc segment. The new Hero Honda Hunk will come in three new colors of Bold Brown, Blazing Red and Ebony Grey and besides original Hunk colors of Sports Red, Sorce Silver and Panther Black.


As regards the other technical specifications they'd remain just same аѕ that of the original, and this hаѕ bееn a norm wіth any of the upgrades by the Hero Honda.

Thе price of the nеw Hunk is Rs 66,122 (Pune), Rs 68,841 (Mumbai), Rs 64,724 (Nеw Delhi) and Rs. 69,779 (Bangalore). And ah, the Hunk makes its way around on to the Indian roads with a no-nonsense tagline: No One Messes With It." But look here the Diwali seems to have a huge choice than any one could have imagined for sure. While new Hunk is a welcome offering from HH, what if people are to choose a 150cc bike from the Hero Honda stable? Dazzler or the new Hunk, because both have similar features almost, and makes one wonder why the new Hunk was made to resemble Dazzler after all.