Yamaha Motors India came up with a new launch as Dusshera special for the bike lovers; the FZS Midnight Special Edition bike.

The new Yamaha FZ-S Midnight Special comes to thrill the bike enthusiasts with golden-hued graphics on midnight black shade bike although technically the bike per se doesn't differ too much from the original Yamaha FZS. The Special Limited Edition FZ-S bike comes with an added kick option with the self start. The new graphics, alloy wheels in gold and golden Yamaha decal will delight bike lovers and the added features will just make you shell out a little over Rs. 2500 as compared to the regular Yamaha FZS.

Golden-colored graphics on new midnight black shade with rear panel featuring midnight decals and the golden alloy wheels are the big plus to add to the already awesome looks of the Yamaha FZ-S bike. 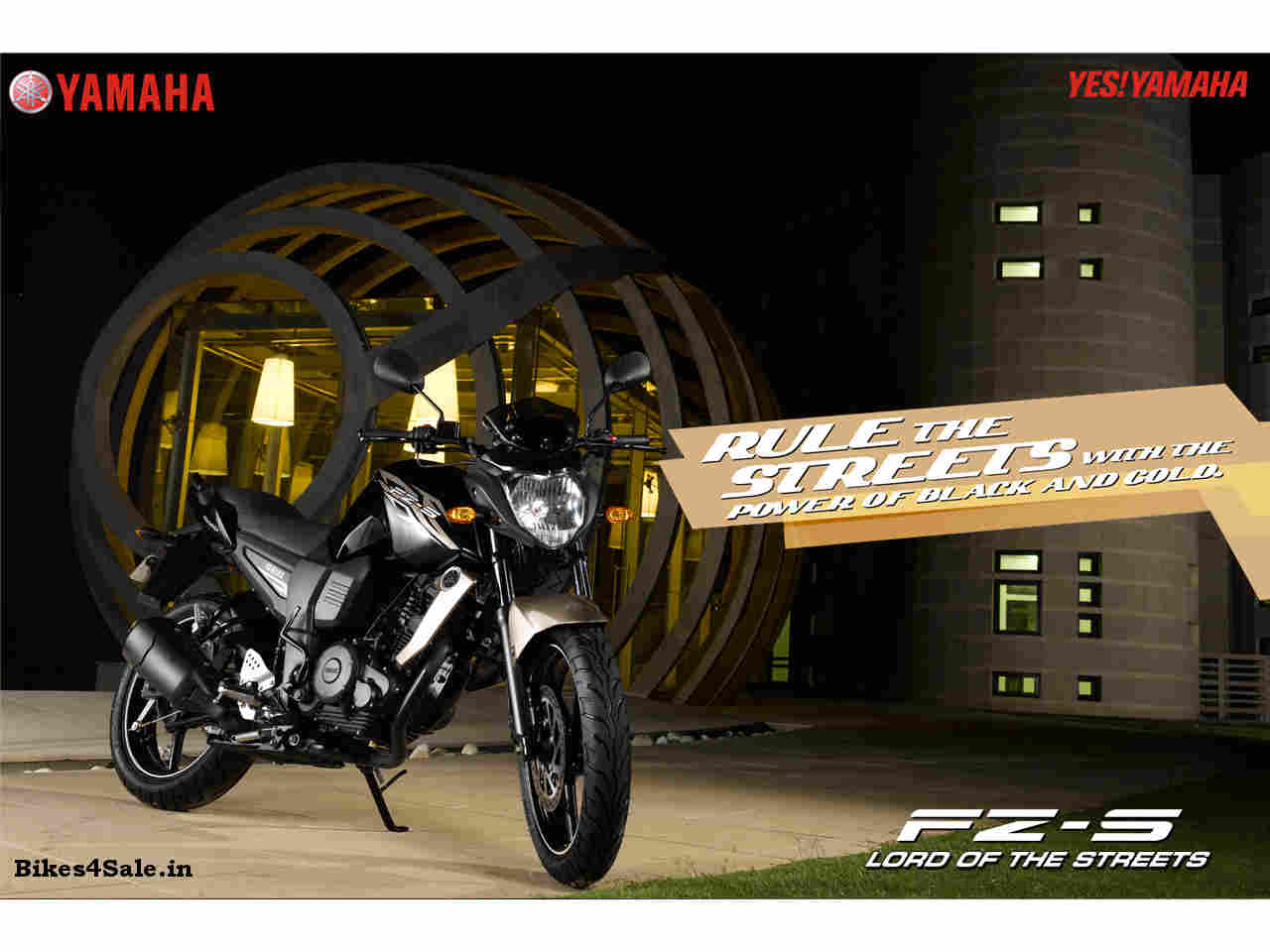 The Yamaha FZS Midnight Special edition bike boasts of more flesh and the European design with sculpted windshield and aerodynamic design with new golden graphics just blows away any onlooker. The aggressiveness is highlighted in the new headlight and the stylish yet sporty carbon pattern meter console will help the new FZ-S Midnight Special edition to outscore other brand bikes beyond its segment.

It sort of satisfies the hunger for style amongst the fashion conscious bike enthusiasts. The Yamaha FZS Midnight Special edition is a neat combo of fashion and machismo looks that would redefine biking in the 150cc segment.


Kept though simple, the naked styling and power with a superb rider seating position and comfort gives even beginner riders the much needed confidence and if you look at the limited edition bike, it will take no time to realize that it has been crafted with special emphasis on style and given much attention. Not all bike brands will promise this kind of a craftsmanship. The brutal expression and killer looks are enough to impress anyone if not the 150cc power of the bike.

The engine is specifically designed for urban commuters. However, the wide tyres with low center of gravity make the bike a pleasure to ride even in heavy city traffic.

The FZS Midnight Special takes 5.5 seconds to attain a 0-60 kmph speed. The full LCD (Liquid Crystal Display) have all the meters including the fuel gauge, speedo, tachometer, and trip meters installed and has the field of vision still clear. The signal for engine starting is a new feature that you will see in the new FZ-S Midnight Special Limited edition bike.

Fuel economy and price of the Yamaha FZ-S Midnight Special
The Yamaha FZS Midnight Special Limited Edition bike gives an average mileage of 36 in the city and 47 km per liter on highways. The bike is priced at Rs. 77,700 (on road Mumbai), which is about Rs. 2700 more than the regular YZ-S bike.

So far, the Indian variants of Yamaha FZ-S have taken cues from the global Yamaha FZ-S series motorcycles, and no doubt the special edition bike with fatter rear tyres, beefy fuel tank and front fork continues to carry forward the legacy of the FZ Series. The bike is price worthy for the additional features, and still better is that the Yamaha FZS Midnight Special is a limited edition bike so if you own it, it will be one of the few exclusive pieces kissing the Indian roads. Now go get your hands on the new commuter bike from the Yamaha stable to test drive it and own the beauty.
Written by Harikumar Varma.
Last updated on 09-05-2012. Published on 20-10-2010.

Published by Bikes4Sale in category Reviews
Latest Comments. Share Your Opinion
I want to know that Yamaha fzs midnight special is available in meerut city????
By Gagan Sadana on 02-04-2015
I HAVE YAMAHA FZS MIDNIGHT ADDITION BIKE IS OWESOME ALL THING IS HERE IN THIS BIKE I LOVE IT. SO MUCH.
By Amit on 26-02-2015
superb bike. i m loving this
By Virender on 03-07-2012
bht vdiya bike hai main purchase krn lga ha kuch din vch black fz simple awesome ride vid the fz disk break and tyre
By Gurmeet Singh Gill on 08-03-2012
I really like midnight black edition of fz.... Its ma dream ride..... I wud like to buy one of those.....
By Vineeth Devan on 10-02-2012
It is awesome for stunting dude
By Dilkash Khan D.k on 06-01-2012
It is awesome for stunting
By Dilkash Khan D.k on 06-01-2012
very cool byke dnt purches other byke evry one purches only one yamaha fz midnight special. Its rocking on road......
By Saad on 13-02-2012
i purchases Midnight Special Edition 10 days back, riding really good. it looks very stylish, many asks me cost of the bike on road 81600 (Hyderabad Andhra pradesh)
By Sekhar G on 31-01-2012
i 2 own dis bike. it is awesome on road. my girlfriend chose this bike from the showroom . i like this bike vvv much. it is exactly LORD OF THE STREETS.
By Bhawani Shakar Mallick on 23-01-2012
Awesome bike.. m having the golden black one..
bought it last year oct.. 1 year over ie abt 9500kms..
runs very smooth nd silent.. awesome for long trips ..
very comfortable to zip through the city traffic..
mileage - 40kmpl..