Suzuki launches its costliest bike in India worth Rs 12.75 lakhs

To join the wagon of premium bikes league in India, legendary Japanese two-wheeler maker Suzuki has launched two more high-end superbikes, GSX-R1000 (in the 1000cc category) and Bandit 1250S (in the 1250cc category) in India.

Suzuki has been already selling Hayabusas and Intruders to the high-end bike lovers and the Bandit and GSX-R1000 will join the 2 bloating the premium product portfolio of Suzuki.

Chairman of the Suzuki Motorcycle India Pvt Ltd Mr. Katsumi Takata said that the main aim of the premium bikes launch is to deliver outstanding technology and performance in the Indian market. The two new bikes Bandit 1250S and GSX-R1000 will join their siblings in the premium range- that bear a price tag of 12.5 lakh each.

Suzuki Motorcycle India is an entirely owned subsidiary by the Japanese two-wheeler icon. The GSX-R 1000 will be the highest priced bike from Suzuki in India, and it will bear a heavy price tag of Rs 12.75 lakhs and the Bandit 1250S will be available for Rs 8.5 lakhs respectively.

It is still too early to predict the performance of the bike in the Indian market along the same lines as Hayabusa and Intruder that were launched in India in November 2008. The sale of these two vehicles began in January 2009 and if you see until March 2010 there were only 209 units of these superbikes that were sold to Indians.

The commuter segment of Suzuki is average in the Indian market and managed to sell only 1.88 lakh units in 2009-10, which is considerably low in 94-lakh Indian bike market. Although the company's Vice President (sales and marketing) Atul Gupta expressed great confidence to sell at least 200 units of the new bikes in the first year and also said that the company is expecting a 40% increase in sales in the coming fiscal.

Technical specifications of the GSX- R1000 will be as follows:
Bore and stroke are 73.0 x 59.0 mm
Compression ratio 12:1
Carburetor: Fuel injection type
Lubrication is wet sump
Electric start and kick start
Ignition is both digital and transistorized
Engine: 4-stroke, 4-cylinder, liquid-cooled and 16-valve.
Transmission: 6 speed and constant-mesh one. 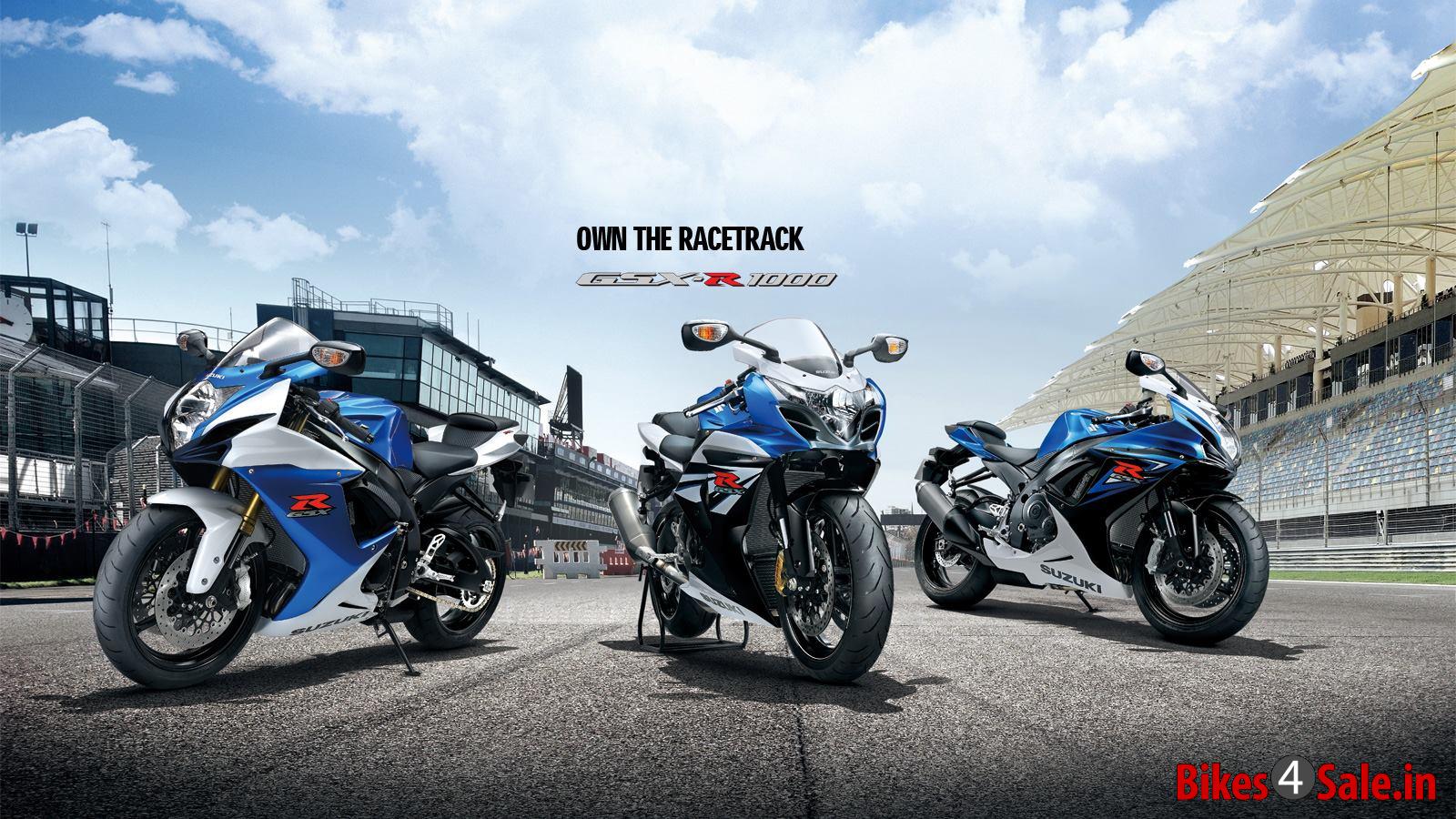 There are reliable sources that say that the company has started booking for the new bikes which will be available in the following cities: Ahmedabad, Chennai, Hyderabad, New Delhi, Bangalore, Mumbai, and other major cities. The GSX-R 1000 is said to be available in solid black, titanium silver, metallic matt and glass splash white whereas, the Bandit 1250 S will likely be available in only two colors of black and grey. The company hopes that the momentum that was begun with the Hayabusa and the Intruder will be continued with the launch of GSX-R1000 and the Bandit 1250S.

So get ready for some adrenalin pumping with the winners, the 4-stroke, liquid-cooled demons that unleash power, muscle and style on the Indian roads.

Published by Bikes4Sale in category News
Latest Comments. Share Your Opinion
where is the photo for GSX-R1000
By Arihantraj on 23-08-2012
Add Your Comment
Low Interest Bike Loan