HD FXDB Street Bob
Here come the 12 bikes of the Harley Davidson from the five of its families to make a mark and set the Indian roads afire. New Delhi, Mumbai, Chandigarh, Bangalore and Hyderabad are the chosen cities to house the Harley-Davidson company's dealership counters. The bookings for these bikes would begin around April 2010 and they'd be delivered to customers by June.

HD FXDB Street Bob is from the Dyna breed of Harleys, and the Street Bob has borrowed some part of its styling from the post World War II bobber design or the custom choppers of the 1970's. And the solo seat with no foot pegs for the passenger is an indication that you can go single with the Street Bob.

Looks of the HD FXDB Street Bob
The Dyna family of Harley-Davidson has the roots from 70s. The Dyna is reputable for amazing handling and the bike has ton of an attitude that actually appeals to the riders. 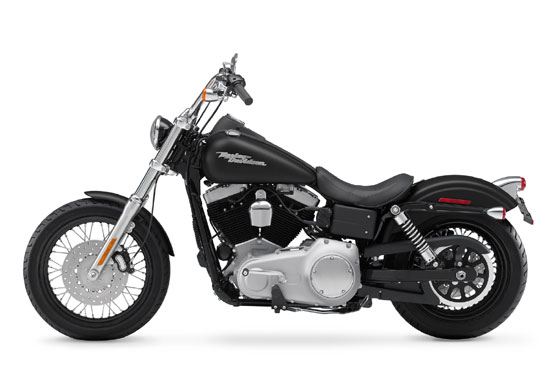 The HD FXDB Street Bob is a tweaked bob, and has a handlebar that is 'ape hanger', the rear fender trimmed and bears the retro taillight (LED) adding to the bike's design. The tweaked rear fender gives it cool low profile built. The solo seat too is tweaked with the laced wheels and glossy black rims. The authentic fuel tank (Fat Bob) actually finishes the profile of the Street Bob.

The HD FXDB Street Bob sports exposed rear shock absorbers, under-the-seat battery box, new Michelin scorcher tyres, and black power train. And for a better transmission noise the bike has this new 5th gear helical cut. The Street Bob is known to give a big twin performance with an elongated FX front end. And similar to the other bikes of the Dyna family the Street Bob features great styling and perfect handling.

Pricing of the HD FXDB Street Bob
The HD FXDB Street Bob comes in color options of Black Denim; Vivid Black, Red Hot Denim (New), Pewter Denim and Dark Blue Denim and will be available for a price of Rs. 13,95,000, which is a wealthy man's pick without any doubt. If you should be one, you can book the Hog in April and most likely own one by June 2010.

Final word about the HD FXDB Street Bob
The HD FXDB Street Bob is a restyled bobber which has been stripped down to minimum requirements for a smooth solo cruise. The big twin performance, bold styling and great handling features are big draws of the Street Bob. This is no silly devil but one tough on roads and great to cruise.