It is a known fact by now to all bike lovers that Harley Davidson has arrived in India. All you HD lovers will though need to wait for another few months to actually own one wicked machine. The bookings will be open in April 2010 and the actual delivery could be expected from June.

There are 12 bikes to choose from the different Harley Davidson families, and each is distinct in style and performance, which makes up for its iconic status. The HD XL883R Roadster is one from the Sportster bunch and is a well designed machine for riders who wished for smaller Harley Davidson with the performance part unaltered.

Looks of the HD XL883R Roadster
The dual tone (black and orange combination of paint finish) reminds us of the HD XR750, which ruled the tracks for more than 30 years prior to this variant. 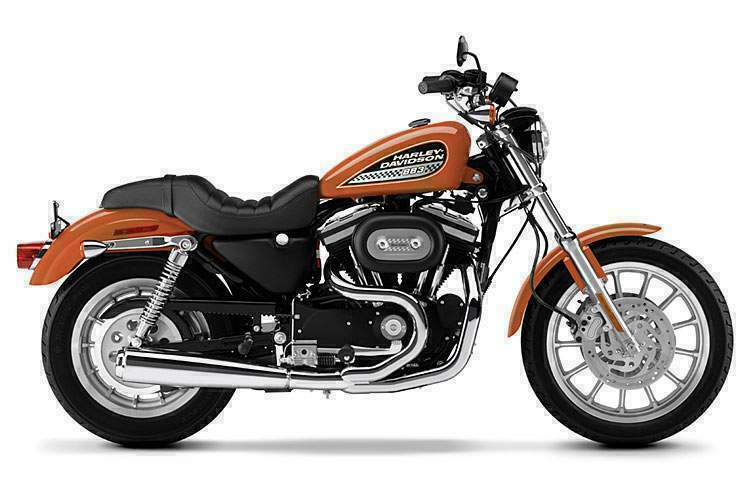 The race-checkered fuel tank looks pretty much attractive and the paint finish, powder coating and plating are simply impeccable living to the quality expectations from HD. It is almost impossible to feel the logo painted on the fuel tank, and this speaks volumes of giving a perfect and quality finish. You will get second looks from everyone on the road without an exception, after all there are not many bikes which are more perfect than this.

Engine performance and handling of the HD XL883R Roadster
The HD XL883R Roadster has an Evolution engine that generates a power of 38.8 KW @5200rpm and the maximum torque is around 68Nm at 4000rpm. The bike zooms at a top speed of 152/kmph. Quite a number of modifications were made (from the first Roadster to the present model) inside the motor to enhance the speed and the two-into-one exhaust also supported the cause. You can actually manoeuvre the bike quite easily in heavy traffic snarls and the two-up seat is compact as well as comfortable.

The handling of the XL 883R is so much smoother than one can ever expect, as the 2004 Evolution engine was remodelled and is now rubber-mounted over a stronger frame and the ride position feels pretty comfortable with XL883R. There is plenty of power to ooze but surprisingly the Roadster promises a stable ride. A cool commuting and cruising bike and it can't be taken for sporty drag racing against those sport bikes.

Final word about the HD XL883R Roadster
The XL883R bike is a small package from Milwaukee bike maker but is completely power- and performance-packed signature of the almost all Harley Davidson bikes. The bike is ideal for any excursion trip when the rider would actually want to lean back on the seat rather than leaning on to the fuel tank and enjoy a cool and comfortable ride. But with all that being said, it's a Harley anyway and you got to love it.